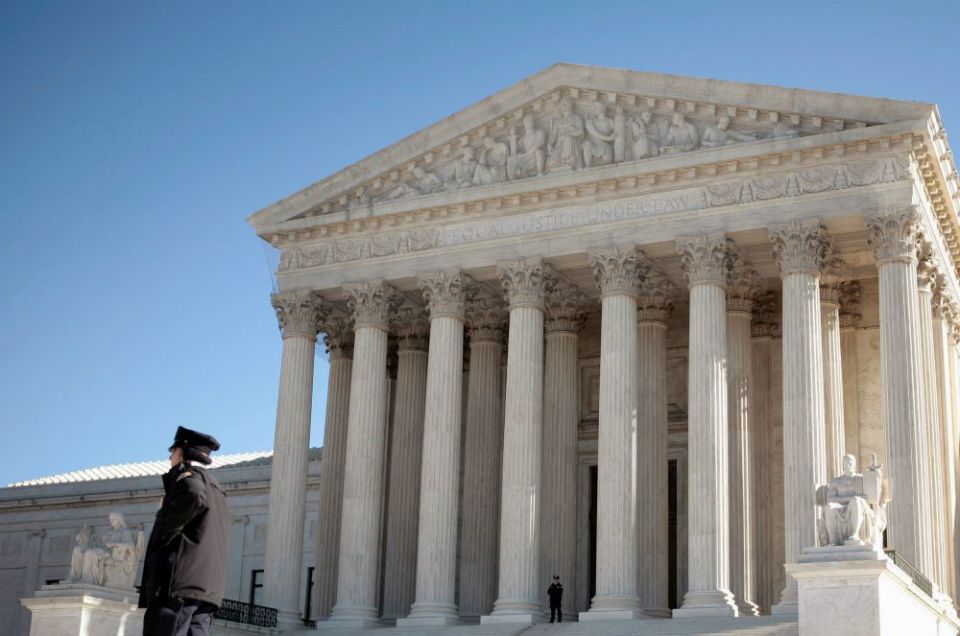 After more than four months of conferencing whether to hear a case questioning the constitutionality of the death penalty in Arizona and in the U.S., the Supreme Court of the United States denied to hear Hidalgo v. Arizona.

The court issued their response on March 19 affirming Arizona's Supreme Court convictions and sentencing of defendant Abel Hidalgo. Hidalgo was convicted of the January 2001 murder of Michael Cordova after being hired for a $1,000 from a gang member. Hidalgo subsequently murdered Jose Rojas, who happened to be with Cordova at the time.

Hidalgo was tried and sentenced to death for the murders in Maricopa County, Arizona — one of the top 10 producers of capital punishment sentences in the U.S., according to the Harvard Fair Punishment Project.

After multiple appeals on the state level that affirmed Hidalgo's initial sentencing, Hidalgo filed a suit with the U.S. Supreme Court in August 2017 questioning Arizona's "broad definition of first-degree murder." It also questioned whether the death penalty violates the Eighth Amendment right against cruel and unusual punishment.

The case argued that Arizona's "capital sentencing schemes" violated the terms set forth by the Supreme Court in the 1976 Gregg v. Georgia case, which re-instated the death penalty. Gregg v. Georgia was an answer to the claims set forth in the 1972 Furman v. Georgia decision, which deemed the death penalty unconstitutional due to the arbitrariness of the sentencing and stated that "these death sentences are cruel and unusual in the same way that being struck by lightning is cruel and unusual."

Though Gregg v. Georgia reestablished the death penalty, the case made it clear the sentences should not be "inflicted in an arbitrary and capricious manner" and states should narrow who receives the punishment.

Hidalgo's petition argued that is not the case in Arizona — the case claimed that nearly 99 percent of those convicted of first-degree murder are eligible for the death penalty based on the Arizona's numerous aggravating circumstances.

The state of Arizona refuted these claims by saying it was "doubtful that his case would have escaped a capital punishment anywhere," based on the 2001 murder-for-hire and a subsequent double-murder in Idaho.

Justice Stephen Breyer, joined by Justices Ruth Bader Ginsburg, Sonia Sotomayor, and Elena Kagan, acknowledged that this data could point to a "possible constitutional problem," according to their "statement respecting the denial of certiorari."

"The death penalty is a savage, racially biased, arbitrary and pointless punishment that becomes rarer and more geographically isolated with every year."

—The New York Times editorial board

However, Breyer stated that the case did not adequately present enough evidence to support these claims. Breyer noted that Hidalgo was denied an evidentiary hearing in the lower court and "as a result, the record as it has come to us is limited and largely unexamined by experts and the courts below in the first instance."

This could explain the court's reluctance to take on the case despite the four justices' joint statement. While the Supreme Court requires five justices' votes to win a case, only four are needed to hear one.

This type of statement is unusual for the Supreme Court. Though it does not represent a dissent, as the statement agreed with the court's decision to not hear Hidalgo v. Arizona, the justices used the statement to outline a path forward for similar cases to eventually see their way to the nation's highest court.

"Capital defendants may have the opportunity to fully develop a record with the kind of empirical evidence that the petitioner points to here," Breyer wrote. "And the issue presented in this petition will be better suited for certiorari with such a record."

An end to capital punishment?

In the months leading up to the court's decision, Hidalgo received varied support from nonprofits, former Arizona judges, and national newspaper editorial boards, many seeing the case as a judicial vehicle to end the death penalty in 2018.

Amnesty International, the Fair Punishment Project, and The Promise of Justice Initiative all filed separate briefs with the Supreme Court to support Hidalgo's claims. He also received support from a group of 26 signees representing former and current Arizona judges, prosecutors, defenders, and legislators.

"Although they represent a spectrum of views on the death penalty," the brief filed on their behalf stated that they collectively believe that "Arizona's scheme for capital sentencing falls below the minimum standard set by the Constitution."

"The death penalty is irredeemably broken, and we are determined to amplify our efforts to bring it to an end."

"Whether the justices take [Hidalgo v. Arizona] or another case, the facts they face will be the same: The death penalty is a savage, racially biased, arbitrary and pointless punishment that becomes rarer and more geographically isolated with every year," the editorial board wrote.

The New York Times utilized similar arguments to the ones outlined in Hidalgo's case stating that the death penalty "is not and has never been about the severity of any given crime. Mental illness, intellectual disability, brain damage, childhood abuse or neglect, abysmal lawyers, minimal judicial review, a white victim — these factors are far more closely associated with who ends up getting executed."

In the lead up to the decision, The Washington Post, HuffPost, and The National Law Journal also all featured high-profiled opinion pieces supporting Hidalgo's claim under the Eighth Amendment.

Though death penalty abolitionists report they were disappointed in the outcome, they remain hopeful in the midst of the four justices' response.

"Despite the decision by the U.S. Supreme Court not to hear the case Hidalgo v. Arizona, Catholic Mobilizing Network remains confident that the death penalty is on its way out," said Karen Clifton, the organization's executive director.

"The statement made by Justices Breyer, Ginsburg, Sotomayor, and Kagan further acknowledges what we already know to be true: our modern death penalty system is broken. In Arizona and throughout the country, the death penalty presents significant issues. … The death penalty is irredeemably broken, and we are determined to amplify our efforts to bring it to an end."

Possibly adding to that hope: a day after issuing their statement, the four justices — this time joined by Justice Anthony Kennedy — granted a last minute stay of execution for Missouri inmate Russell Bucklew, who was scheduled for execution March 20. Bucklew argued that the execution would violate the Eighth Amendment based on complications from a rare disease he has. The stay will allow the justices to further consider the case.

Read this next: On Arkansas death row or at parishes, Msgr. Harris serves by 'being there'

Merrick Garland is Jewish. Does it matter?