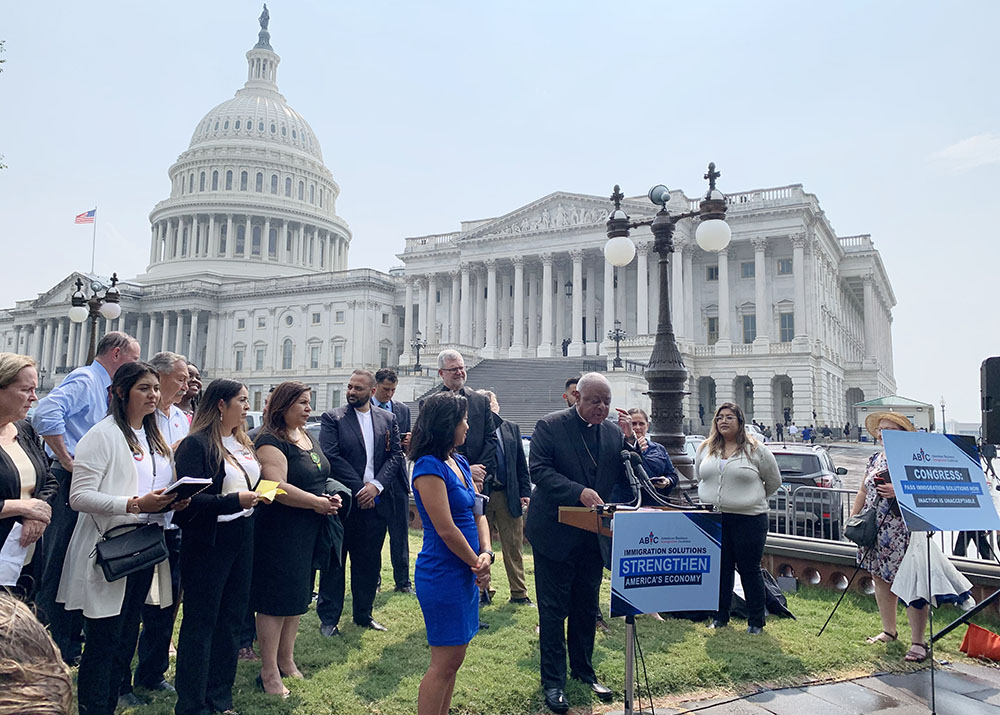 In the wake of a federal court decision to end the Deferred Action for Childhood Arrivals (DACA) program, Washington Cardinal Wilton Gregory emphasized the church's support for immigrants and called for bipartisan immigration reform.

"Catholic social teaching upholds the principle that every person has the right to live in his or her own homeland in security and dignity. However, when loss of work forces migration, we must welcome them, protect them and share our abundance with them," Gregory said.

Gregory noted that the U.S. bishops and the wider church have expressed repeated concerns about families divided by the current immigration system. "We know that strong and united families are the building blocks of our society," he said.

Gregory made his remarks at a July 21 press conference sponsored by the American Business Immigration Coalition, which supports immigration reform. The event, held outside the U.S. Capitol, followed a Senate judiciary hearing on the topic of "Immigrant Farmworkers Are Essential to Feeding America."

"We work 12 hours a day, sometimes six to seven days a week. I urge senators to pass legalizations for farmworkers now, and to think of us every time they eat," said Angelica S., a farmworker who asked that her full name not be used.

Speakers emphasized the urgency of bringing certainty to DACA recipients (also known as Dreamers), farmworkers, immigrants who hold temporary protected status, and the businesses that depend on immigrants at a time of nationwide labor shortages.

Special attention was also given to the fact that undocumented workers made up a large portion of essential workers during the pandemic.

In his comments, Gregory added, "We are particularly grateful after this last year of the pandemic where their [immigrants'] dedication of service to this country and in positions classified as essential work, health care, and military service." 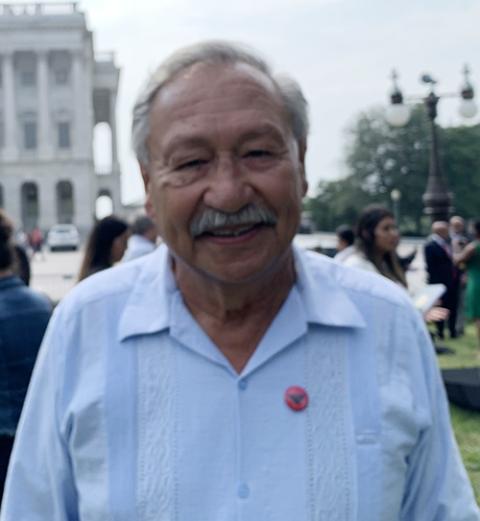 As it began to rain during the press conference, Arturo Rodriguez, chair emeritus of the United Farm Workers of America, pointed out that while many in the crowd searched for cover, this type of weather would not bother farmworkers who are used to working in all weather conditions.

"To feed the nation, farmworkers work with dairy cattle for milk production, in beef cattle ranching and farming, or in the harvesting of fruits and vegetables that we rely on for daily nourishment. Without them, the industry and our food security would collapse," Rodriguez said.

Rodriguez urged the Senate to bring stability to the agriculture industry through immigration reform.

Immigrants in the U.S. earn $1.3 trillion annually, contribute $329 billion in local and federal taxes, and wield $927 billion in spending power, according to data provided by the American Business Immigration Coalition.

The coalition supports the Durbin-Graham Dream Act of 2021, the Farm Workforce Modernization Act*, and the SECURE Act. These three forms of legislation would allow a pathway to citizenship for Dreamers, farmworkers and those who hold temporary protected status.

Speakers, including Gregory, called for the legalization of undocumented immigrants through bipartisanship or reconciliation.

"Standing in solidarity with our migrant brothers and sisters means once again raising the question, will we care for our neighbor? After years of delay, the 117th Congress now has an opportunity to be courageous by addressing immigration in a comprehensive and productive way," Gregory said.

*This story has been updated to correct the name of this legislation.

A version of this story appeared in the Aug 6-19, 2021 print issue under the headline: Cardinal Gregory calls for immigration reform.