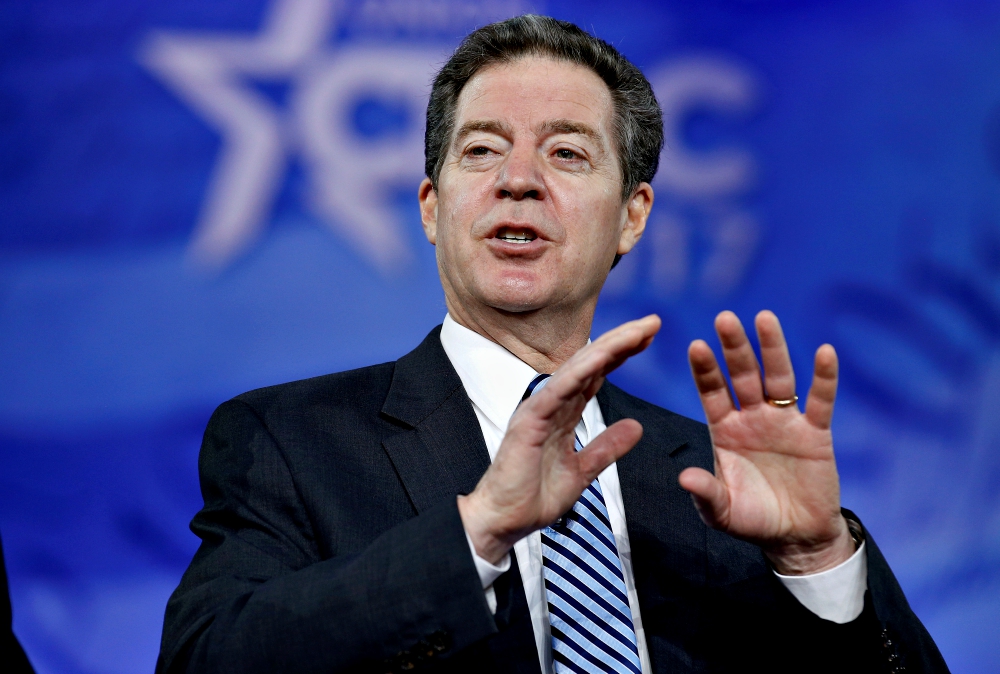 There once was a politician who persuaded voters that huge tax cuts, especially for higher-income earners and businesses, would not only financially benefit all taxpayers, but also boost the economy, thus painlessly filling the government coffers.

But it didn't happen that way.

Instead, the economy grew slowly, the government was forced to slash programs and infrastructure, and a majority of citizens — even from this politician's own political party — decided the tax cuts were not worth it.

That politician was Kansas Gov. Sam Brownback. Now President Donald Trump and Republicans in Congress are making the same promises, and Kansans are urging Americans to learn from their mistakes.

"It's too good to be true," said Dave Helling, a political reporter and columnist at the Kansas City Star who has written about Kansas' failed experiment with tax cuts under Brownback. "It would be great if it were true. But it didn't happen in Kansas."

The so-called "shot of adrenaline" the 2012 tax cuts were supposed to bring to Kansas, Helling said, never happened.

Instead, economic growth was slower than in neighboring states and state revenue plummeted, leading to drastic cuts in everything from roads to schools. (Reductions in unemployment in Kansas mirrored those across the country, so that could not be attributed to the tax cuts.) This year, the Republican-controlled legislature in Kansas deemed the experiment a failure and reversed the cuts, even overriding Brownback's veto.

"People in Kansas are warning the country that if the same thing happens on a national level, you're going to have to come up with some other revenue increase or drastic spending cuts — or some combination of the two — to get out of the hole you've dug," Helling said.

Although some Republicans are insisting on differences between Kansas and the federal plan, the only one Helling sees is that the state was required to balance its budget. The GOP plan, if passed, could massively increase the federal deficit.

To fill the income gap, Kansas raised the sales tax, including on food, which disproportionately hurts the poor. Although Helling, who is Catholic, sees that as immoral, ultimately "tax policy is areligious, in my view," he said.

But the ethics of such "trickle-down," supply-side tax policy has been criticized by Catholic leaders, including Pope Francis, in his apostolic exhortation Evangelii Gaudium ("The Joy of the Gospel"). "Some people continue to defend trickle-down theories, which assume that economic growth, encouraged by a free market, will inevitably succeed in bringing about greater justice and inclusiveness in the world," Francis wrote. "This opinion ... has never been confirmed by the facts."

"By taking from people in poverty to give to the wealthiest, the Republican tax plan goes against everything people of faith believe," she said in a statement after the House Tax Cuts and Job Act passed Nov. 16.

Although the statement from the U.S. bishops' Committee on Domestic Justice and Human Development did not mention "trickle-down" theory specifically, the chair expressed "great disappointment" on the "deeply flawed" House bill, in part because it "raises taxes on the working poor beginning in 2023, and simultaneously gives large tax cuts to millionaires."

In addition, "the $1.5 trillion deficit that is created over 10 years will require spending cuts, and much of these will likely come from programs that help the poor," Bishop Frank Dewane of Venice, Florida, chair of the committee, said in a Nov. 17 statement.

Bread for the World, a Christian organization that fights hunger, also is concerned about cuts to social programs if this type of tax reform is implemented.

"Cutting taxes for high-income earners by running up the deficit will almost certainly lead to deep cuts in programs that are important to hungry and poor people," the Rev. David Beckmann, president of Bread for the World, said in a Nov. 17 statement.

Beckmann, who is a Lutheran pastor and an economist, said the better way to boost the economy would be for the corporate sector to invest its cash reserves.

The bishops' Committee on Domestic Justice and Human Development has advocated for a progressive tax code that cares for the poor, raises adequate revenue for the common good and avoids cuts to poverty programs.

Network also includes progressivity as one its "Principles of Tax Justice," to address income inequality. "A just tax system should help us build a more equitable society and begin to reverse the damaging inequality created by prior tax breaks designed to benefit the wealthiest," the Network principles say.

Network has also joined other faith-based organizations, including several communities of women religious, in opposing the Republican tax proposals. A statement from the Interreligious Working Group on Domestic Human Needs said the House bill is regressive and "violates the moral responsibility to care for the vulnerable."

Dewane also called for integrity in the legislative process around taxation, "one in which Americans can fully understand the implication of tax proposals which will be voted upon," he said. "It must also seek to pass a law that demonstrates that our nation prioritizes care for the most vulnerable among us."

Brownback, meanwhile, with about 16 months left in office, is preparing for a new job. Trump nominated him to be ambassador at large for international religious freedom. Brownback has completed confirmation hearings and expects to be confirmed and out of the governor's office before Christmas.

A version of this story appeared in the Dec 1-14, 2017 print issue under the headline: Learn from Kansas' mistakes.