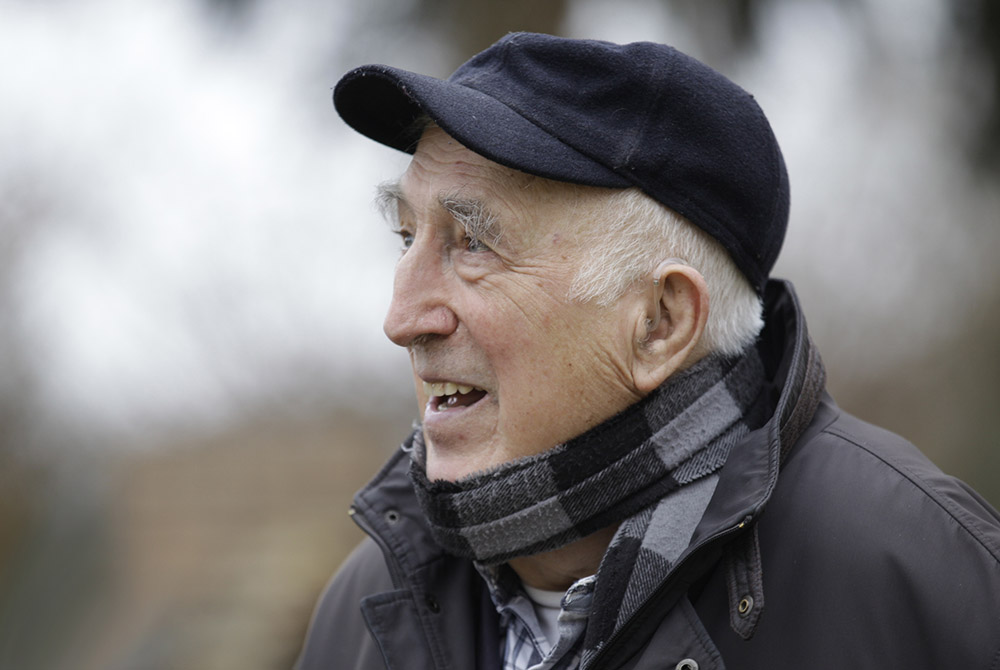 Jean Vanier, the long-revered founder of L'Arche, an organization of communities dedicated to caring for people with intellectual disabilities, engaged in sexually abusive relationships with at least six adult women, according to an independent study commissioned by the International Federation of L'Arche.

Although the investigation looked into accusations made by adult, non-disabled women regarding incidents that occurred from 1970 to 2005, the history of abuse of adult women by leaders of the organization traces back to Fr. Thomas Philippe, an influential figure whom Vanier credited with inspiring the founding of L'Arche. Vanier died in 2019; Philippe died in 1993.

Both engaged in relationships that "involved various kinds of sexual behavior often combined with so called 'mystical and spiritual' justifications for this conduct," as characterized in this most recent report as well as earlier reports on Philippe. The abusive relationships Vanier engaged in with women "were alleged to have taken place under conditions the inquiry team label as 'psychological hold' and are described as emotionally abusive and characterized by significant imbalances of power," according to the report released by L'Arche.

While being shocked at discovering "this other side of Jean, I just want to be very clear that we stand on the side of these women who have been harmed," Tina Bovermann, National Leader/Executive Director of L'Arche USA, told NCR. "We want to validate these people who have been harmed," she said, and "condemn" the behavior of Vanier. 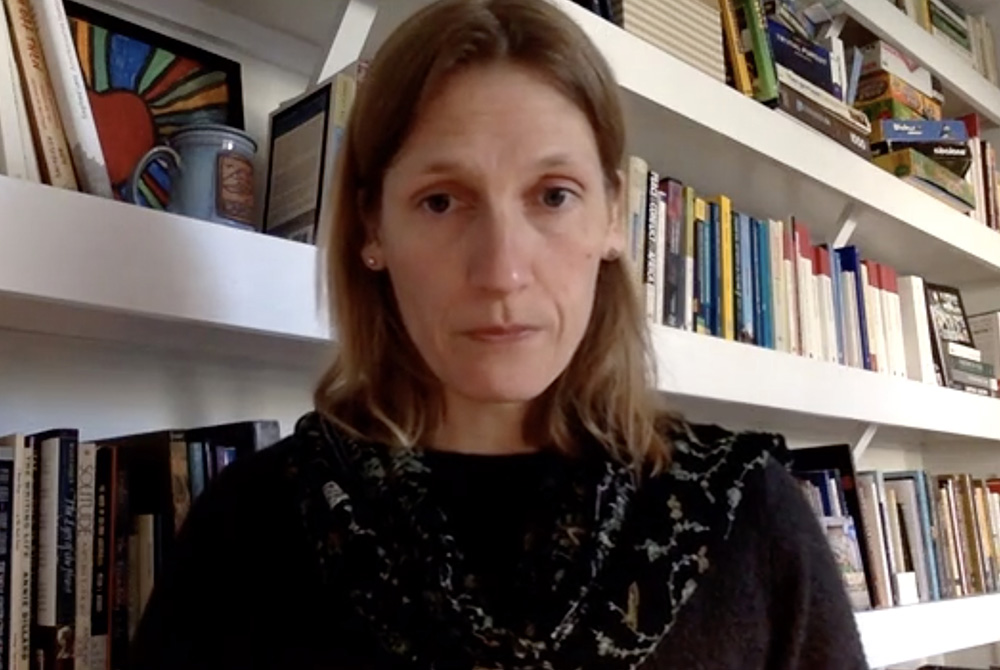 Tina Bovermann, in a screenshot from a L'Arche USA Members video on Vimeo (NCR photo)

The report, conducted by GCPS, a UK-based group with expertise in the prevention of sexual exploitation and abuse, contains disturbing testimony. Details that might reveal identity are omitted.

"In 19XX, when in Trosly, I was very upset (about a personal issue). I was very upset and very vulnerable" said one woman. "He told me to come late (for spiritual direction). We prayed, I got an invitation to meet him in (xxxx). It was very intimate, he did everything except intercourse."

Said another: "He said: This is not us, this is Mary and Jesus. You are chosen, you are special, this is secret."

Another said she decided to seek advice from Philippe about her secret with Vanier. The priest scheduled an appointment. When she arrived, "There was a curtain, and he sat on the bed. Before I could start talking about Jean Vanier, it started with him, the same as with Jean Vanier. He was not tender like Jean Vanier. More brutal, no intercourse, same words to say that I am special that all this is about Jesus and Mary."

The revelations have deeply shocked those who lead the organization and live in the homes with disabled people, termed "core members" of the communities, according to Bovermann, 41, who was first introduced to L'Arche 20 years ago while studying in Canada. Even though she has known of the study and the likely results of the investigation for some months, "I struggle, quite frankly, to make sense of how this person whom I felt to be really authentic – one of the most authentic people I probably have met – at the same time also had this side of him that hurt others in his way. It is somewhat incomprehensible to me," she said in a phone interview Feb. 22. 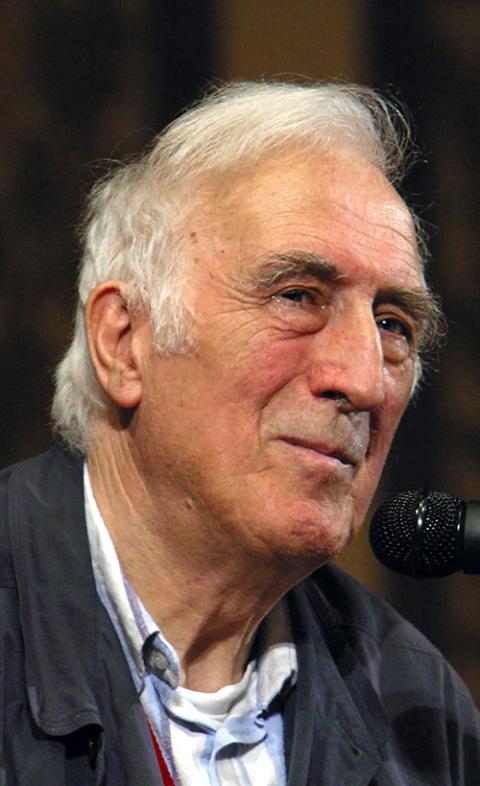 Jean Vanier, founder of the L'Arche communities, is pictured in an Oct. 28, 2002, photo. (CNS/Nancy Wiechec)

The contradiction between Vanier's public persona and personal behavior is significant. Vanier, who died May 7, 2019, was roundly hailed as a living saint for his long work with the intellectually disabled. He was abundantly awarded with everything from the prestigious Templeton Prize to France's Legion of Honor. Pope Francis told reporters during a news conference aboard a plane that he had been kept informed of Vanier's illness last year and called him to speak to him a week before he died.

That contradiction becomes even more confounding given two letters he wrote a year apart in response to the investigation of Philippe in which Vanier claimed to know nothing of Philippe's abuse and condemned the "mystical and spiritual" concoction used by the priest in his abusive relationships.

According to the report released Feb. 22 by from L'Arche International, the organization first received allegations of abuse by Philippe dating from the founding of L'Arche in 1964 until his death. The group also requested a canonical investigation that concluded: "These consistent and sincere testimonies show that Father Thomas Philippe had sexual relations with women of legal age, through which he said he was seeking and communicating a mystical experience." The conduct was at "very serious odds" with his vows and church teaching, the investigation concluded.

The organization also discovered that Philippe had been previously sanctioned by church authorities as early as 1956, which raised questions about what Vanier and others had known about the cases of abuse. Vanier said repeatedly that he knew nothing about the abuse, according to L'Arche officials and written responses by Vanier to the Philippe investigation.

In March of last year, as Vanier was dying, L'Arche International received a similar accusation against Vanier and began the investigation that resulted in the findings of the current report.

Bovermann, who said she knew Vanier well and had spent considerable time with him over the years, said the organization has tried in recent weeks to provide space for members to grieve and to express their emotions, including anger and disappointment. "No one wants to rush the cycle of grief and the cycle of reconciliation, but we can also try to figure out what we're to learn here as an organization."

Beyond the report, she said, "there are still some open questions: How do we hold in balance the value of Jean the person, but certainly the value of these women who have courageously stood up and for many years have probably been marginalized?" Among other questions to be asked are "What is the place of a charismatic leader? What is the place of sexuality in L'Arche? What is the psychological freedom of our members, especially those who might live with an intellectual disability, to speak their truth?"

A version of this story appeared in the March 6-19, 2020 print issue under the headline: Report: L'Arche founder engaged in sexually abusive relationships.