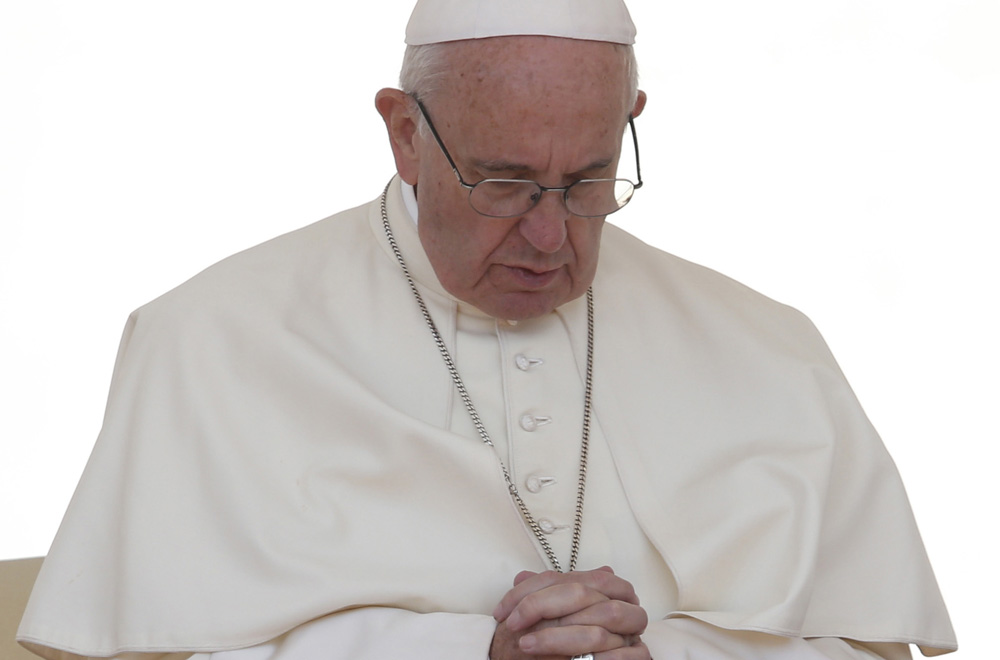 Pope Francis has become the first leader of the Catholic Church to publicly decry a "culture of abuse and cover-up" in the global institution, admitting in a strikingly blunt letter to the people of Chile that clergy sexual abuse has continued because church leaders have not taken victims seriously.

In an eight-page May 31 message addressed to "the Pilgrim people of God in Chile," the pope also says Catholic leaders must work to better respect the voices and opinions of non-clerics "to promote communities capable of fighting against abusive situations, communities where exchange, discussion, confrontation are welcome."

One of the church's "main faults and omissions," Francis writes, was "not knowing how to listen to the victims."

"With shame, I must say that we did not hear and react in time," he adds in the letter, which was sent to the Chilean bishops' conference and made public by it.

The pope's letter to the Chilean people follows a May 15-17 meeting in Rome with 34 of the country's bishops, after which they offered letters of resignation.

Release of the papal letter comes on the same day the Vatican announced that Francis will be sending Maltese Archbishop Charles Scicluna back to Chile for the second time in three months to look into the local church's handling of abuse.

Francis' letter to the Chilean people takes a straightforward, open tone. Over seven brief points, the pope admits his shame, calls on church leaders to listen to victims, and exhorts church institutions to put in place processes to ensure a "culture of care."

The pope says that meetings he had in Rome with three Chilean abuse victims April 29-May 2 made clear that a "lack of recognition/listening to their stories, as well as the recognition/acceptance of errors and omissions ... prevented us from making progress."

Saying " 'never again' to the culture of abuse, as well as the system of cover-up that allows it to perpetuate, requires working together to generate a culture of care that permeates our ways of relating, praying, thinking, living authority; our customs and languages and our relationship with power and money," he states.

"It is urgent, therefore, to generate spaces where the culture of abuse and cover-up is not the dominant scheme," he continues.

"This has to impel us as a Church to humbly seek out all the actors that shape the social reality and promote instances of dialogue and constructive confrontation in order to move towards a culture of care and protection," he says.

Later in the letter, Francis states plainly: "The culture of abuse and cover-up is incompatible with the logic of the Gospel." He then says he wants to invite church institutions, including schools and religious formation and spirituality centers "to promote theological reflection that is able to ... promote a mature, adult faith that assumes the vital humus the People of God with their insights and questions."

"We will be fruitful in the measure that we empower open communities from within and thus free ourselves from closed and self-referential thoughts full of promises and mirages that promise life but that ultimately favor the culture of abuse," the pope says.

Francis called the Chilean bishops to Rome as part of a stunning about-face for the pope, who was criticized for his actions during his January visit to Chile.

During that trip, the pope had defended his 2015 appointment of Osorno Bishop Juan Barros Madrid, who several survivors say was present as a priest in the 1980s and 90s to witness the crimes of notorious abuser Fr. Fernando Karadima.

Barros has denied that he was present to witness abuse by Karadima, who was sentenced in 2011 by the Vatican to a life of prayer and penance and also maintains his innocence.

Scicluna first visited Chile at the pope's command in April, preparing a 2,300-page report for Francis after interviewing abuse victims in the country. The Vatican said he is being sent specifically this time to Osorno, on a mission "to move forward with the process of reparation and healing for victims of abuse."

Most of the 34 Chilean bishops who met with Francis in Rome earlier in the month offered their resignations en masse May 18. It is now up to Francis to decide whether to accept their departures from office.

Francis had admitted in 2017 that the Catholic Church took too long to respond to the clergy sexual abuse crisis, but had not previously named a system of cover-up by church officials.

In a 2010 letter to the Irish bishops after a government report had found that church leaders there had concealed abuse, Pope Benedict XVI criticized the bishops "often inadequate response" but did not reflect on wider issues in church culture.

A version of this story appeared in the June 15-28, 2018 print issue under the headline: In letter to Chileans, Francis decries church's 'culture of abuse and cover-up'.