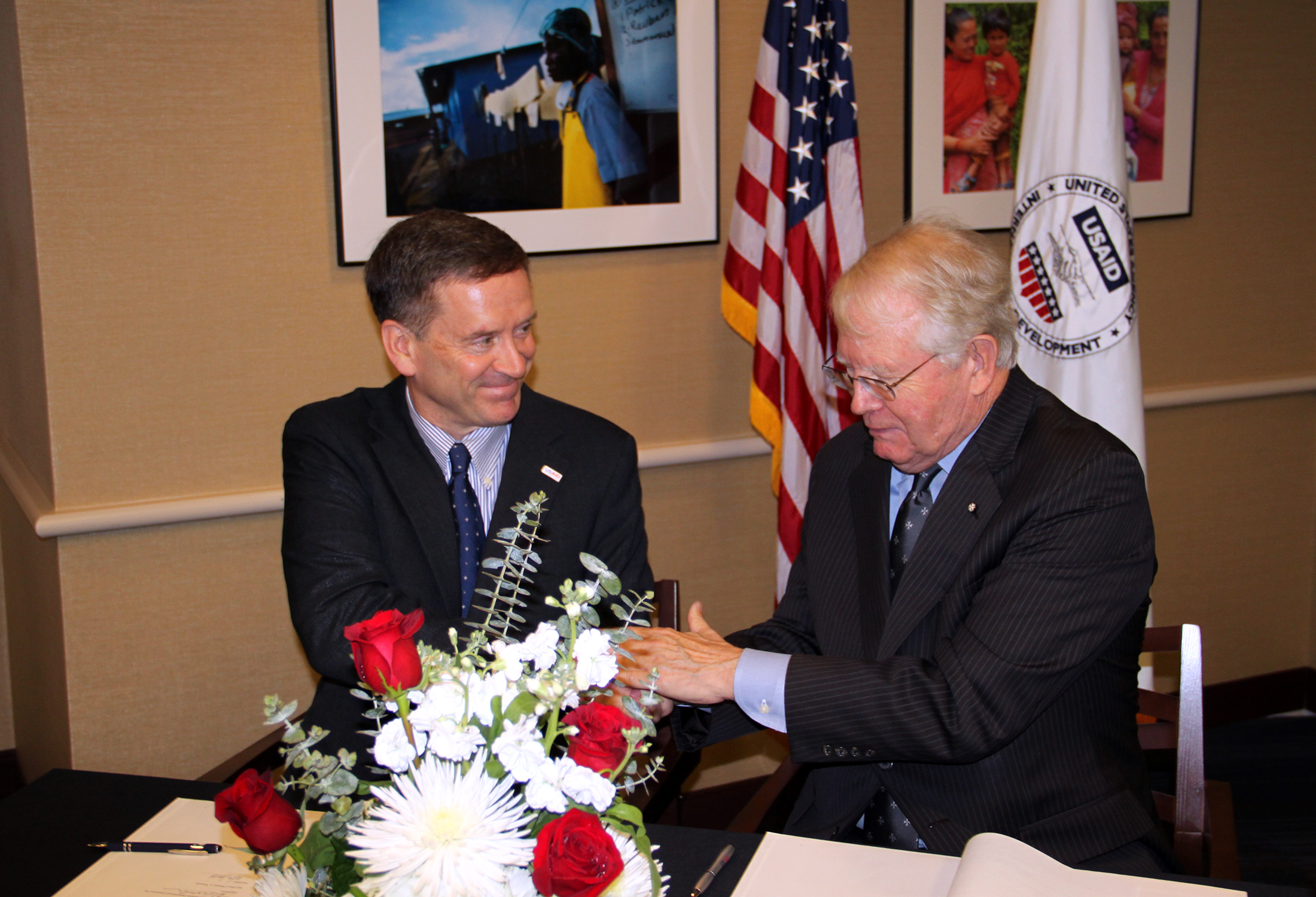 Malteser International Americas, the 65-year-old humanitarian relief agency of the Order of Malta, and the U.S. Agency for International Development have signed an agreement that will help the Catholic organization expand its reach.

USAID Administrator Mark Green and retired Army Maj. Gen. Thomas A. Wessels, president of the Malteser International Americas, signed the memorandum at a ceremony at USAID headquarters in Washington June 19.

The Malteser-USAID agreement, according to a general outline, agrees to focus on the fostering of peace, reducing poverty, preventing human trafficking and providing programs to help youths.

"Both organizations will consult on an ongoing basis," Wessels said in his statement.

He also praised the memorandum for putting Malteser International Americas "to the forefront of the humanitarian aid spectrum, while prioritizing the critical role of faith-based organizations in worldwide relief." In May, Malteser International gained "special consultative status" with the U.N. Economic and Social Council.

"We know that faith-based partners often have networks, historic relationships, and grass-roots expertise that extend beyond our own," Green said. "We also know that organizations like Malteser International are trusted voices in the communities where they work."

On June 13, USAID announced $10 million in fast-tracked aid to an umbrella group headed by Catholic Relief Services, the U.S. bishops' overseas relief and development agency, and Heartland Alliance. Eventually, $25 million is expected to be disbursed to help minority communities in Iraq, particularly Christians and Yezidis, whose communities and those of other religious minorities were the targets of genocide during the rule of the Islamic State.

Vice President Mike Pence had been the leading advocate for the June 13 agreement, but Malteser International Americas took a different route.

"So we're basically a couple of cheeseheads," Wessels said, using a nickname for Wisconsinites.