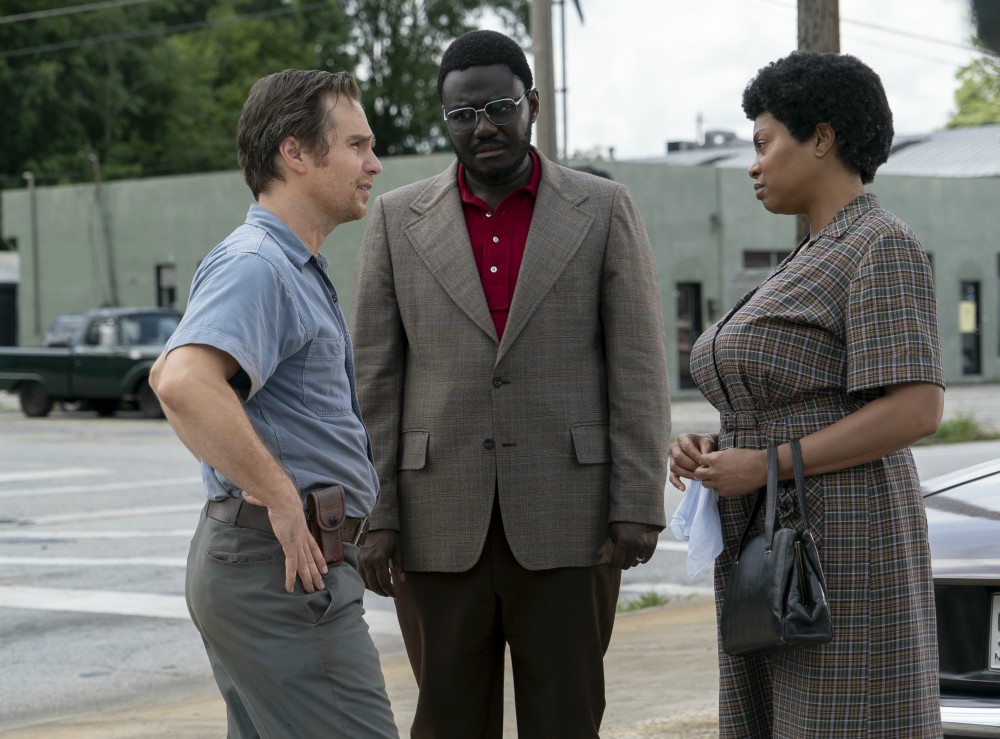 By 1971, Ann Atwater (Taraji P. Henson) and C.P. Ellis (Sam Rockwell) had been on opposite sides for a decade. Ann was an indefatigable African American civil rights activist, advocate and community organizer, and C.P. was the head of the Ku Klux Klan in Durham, North Carolina. This new film, written and directed by Robin Bissell (a producer on "The Hunger Games"), is based on the 2007 book The Best of Enemies: Race and Redemption in the New South by Osha Gray Davidson.

Ann besieges city hall to have unresolved city housing violations put on the city council's agenda, and Mayor Carvie Oldham (Bruce McGill), as usual, acquiesces to the agenda item and allows her to speak at the meeting. Also as usual, the council votes down her appeal.

Even though school desegregation was mandated by the Supreme Court decision in Brown v. Board of Education in 1954, and President Lyndon B. Johnson signed the Civil Rights Act that outlawed discrimination in 1964, not all Durham's schools are in compliance when the film opens. Black children only went to the East End Graded School.

Tensions come to a head when an electrical fire breaks out at the school. The fire department deems half of the classrooms to be safe for the children to attend class. For all the children to go to school, half the grades go in the morning and the other half in the afternoon. The school year drags on into the summer so the children can complete their schoolwork.

Ann and the black community express their outrage at a city council meeting, demanding desegregation of Durham's schools so the students at East End can go to school with the white children, and Oldham knows he is in trouble, as he is about to run for re-election. He brings in Bill Riddick (Babou Ceesay), an African American labor organizer in Raleigh, North Carolina, who has been successful in building community and labor relations. He gained a reputation for using a dialogic process called a "charrette" to bring two opposing sides together to move forward. 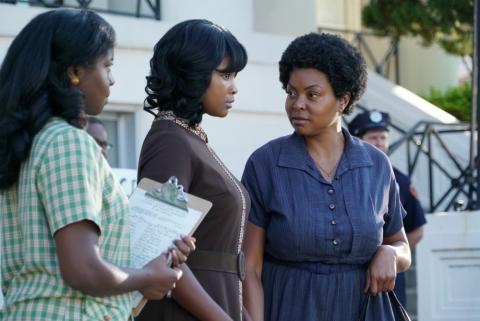 The city hires Bill, who creates a committee to discuss integrating the schools. He explains that a leader must be chosen from each side, and each side will get four committee members. There is an instant consensus that Ann and C.P. will be the leaders, but they both resist. Their dislike and antipathy for one another is palpable.

Over the next 10 days, the community at large is invited to join group conversations and together come up with three resolutions on anything that will help resolve the stalemate over integrating the schools. If voted through by a majority of the committee members, the city council must agree ahead of time to adopt them.

The charrette is 10 days of agony for Ann, C.P., and even Bill, who starts to wonder if these two people will ever let go of their prejudices and intense dislike for each other to lead their communities into an era of respect and integration.

The Klan is watching, though, and they think C.P. is giving in. They go after white members of the committee to intimidate them against voting for the one thing the Klan cannot stand: school integration.

"The Best of Enemies" not only has two of my favorite actors in the lead roles, but their performances are spot-on without being caricatures. As the final credits roll, we see documentary footage of Atwater, who died in 2016, and Ellis, who died in 2005, talking about each other after the charrette concludes, and their personalities pop right off the screen. Henson and Rockwell do a fine job playing them in the film.

As with many films based on true stories, I am sure some artistic liberties have been taken to fit 10 days into two hours. But reading articles, such as this recent one about Bill Riddick, who served as a consultant on the film, reassured me that "The Best of Enemies" isn't a tale of a black woman showing a white man how to be a decent human being. In this story, there is mutuality; it's a two-way street. Atwater's attitude and bearing throughout the film made it hard to sympathize with the situation of the black community.

Some are comparing "The Best of Enemies" to last year's Oscar winner for best picture, "Green Book," where some critics complained that the black character existed only to show the white character how to be human. I disagree with these critics, who seem to have overlooked the fact that these people existed and these events occurred and are documented outside of Hollywood.

I liked "The Best of Enemies" very much and learned about people and a peace process I had never heard of before. It took courage and strength to risk engaging in dialogue with people they didn't like and feared. It still does for most of us.

After almost 50 years, it's about time we all learned what happened over those 10 days in Durham. Despite the drama, danger and violence, you'll applaud at the end (OK, it is a bit of a Hollywood ending) and leave the theater knowing people can change. Be sure to stay for the credits. You don't want to miss the real Ann Atwater talking about the moment she was so mad at C.P., she just "wanted to cut his head off!"