'The Breadwinner' is cinematic jewel

06 The Breadwinner _Parvana and Shauzia c.jpg 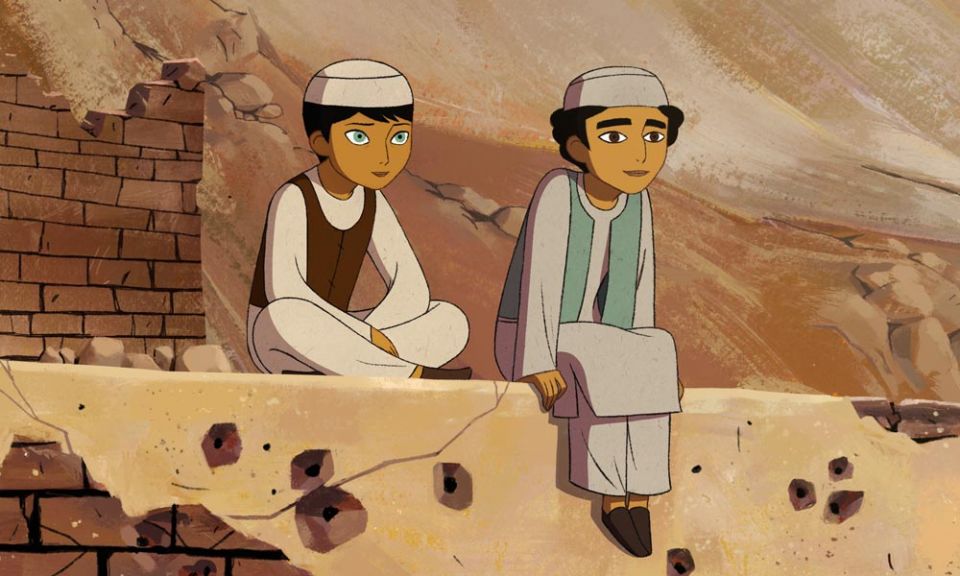 Parvana and Shauzia, in "The Breadwinner" (Provided photo)

This lovely animated film is adapted from Deborah Ellis' 2000 international best-selling novel of the same title. It tells of an 11-year-old girl, Parvana (Saara Chaudry), growing up in Kabul, Afghanistan, under Taliban control. She and her father Nurullah (Ali Badshah) are very close. As they sell goods he teaches her and the Taliban challenges Nurullah. When he is unjustly arrested for being an intellectual, Parvana must take desperate measures to support her mother Fattema (Laara Sadiq), baby brother and her older unmarried sister Soraya (Shaista Latif).

When no one will give her food because she is all alone, Parvana decides to cut her hair and dress as a boy — a highly punishable offence if she is discovered. As a female she is not allowed outside without the chadri (burqa). Women, including her mother and sister, cannot go out without a man. Now in disguise, Parvana sets out to work to earn money for food for her impoverished family.

She meets another girl, Shauzia (Soma Bhatia), also dressed as a boy, and together they share close calls and jobs. Some people are kind to them but it is a tense situation. One day, Parvana returns home to find her uncle there, ready to move the family immediately to another village where they can be under the protection of the males in the family. Parvana resists; she does not want to go without telling her father at the prison. It will be almost impossible but nothing can deter Parvana from the journey she must make. 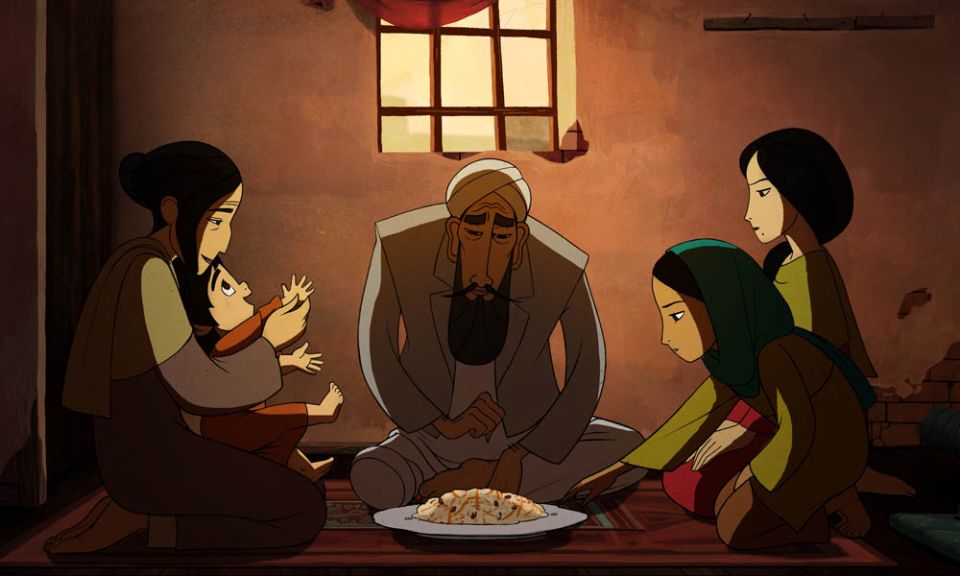 Parvana, front right, and her family in "The Breadwinner" (Provided photo)

Parvana is a girl filled with curiosity and who never wants to be quiet and graceful like her sister. She wants to learn, to go out and rebuild her world. She's young but her instincts are good and motivated by love.

"The Breadwinner" is directed by Nora Twomey and written by Anita Doron and Deborah Ellis. Angelina Jolie is an executive producer. Some story changes have been made for the screen, but they don't take away from this tale of a girl's coming-of-age in a culture that prevents families without menfolk to earn a living and obtain food. Despite the difficulties and challenges, the film shows that there is love, hope and great beauty in the world.

Although this is a story of a young girl, the themes are very mature. They invite readers from non-Muslim cultures to research social realities different from their own and what it might be like to live under violent oppression. I wondered why a Taliban era story would be produced now, but as the news tells us, history is, unfortunately, trying to repeat itself in this war-torn country.

The animation for "The Breadwinner" is exquisite, the music finely composed and performed, and the story worth telling in a world where millions of girls still do not have access to education and parents just want the freedom to raise their children as they see fit. A study guide is available at http://thebreadwinner.com

Parvana is an aspirational and inspirational character for girls everywhere.

Culture | 'The Breadwinner' is cinematic jewel

Global summit helps break the silence on war and women