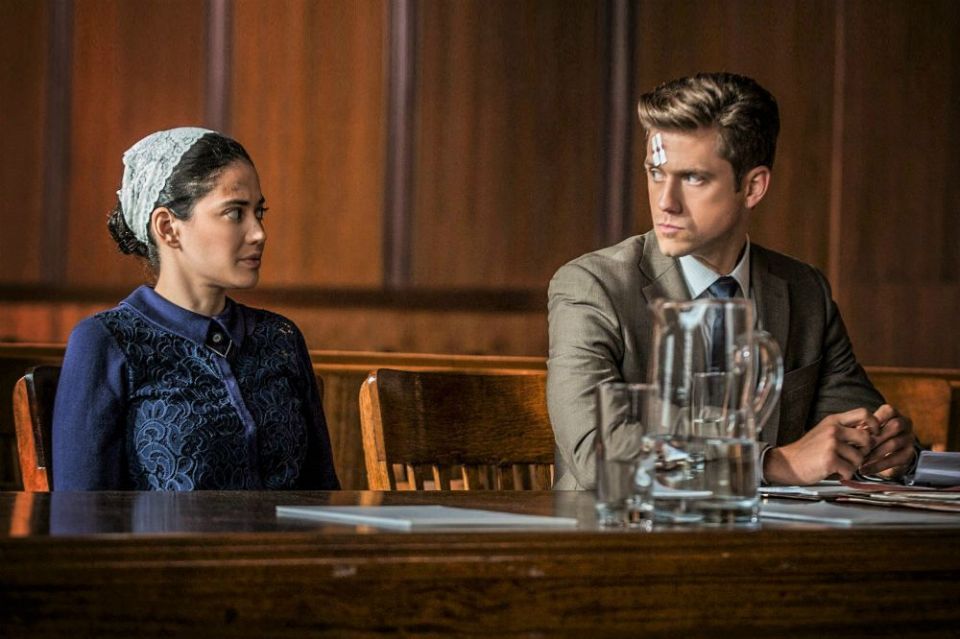 New York — In recent years, the movie industry hasn't shied away from Catholicism — mostly seen through the lens of the sex abuse scandal. However, a new film seeks to expand the discussion on injustices both within the Catholic Church and society in general.

"Created Equal" — directed by Bill Duke and based on the novel by Roger A. Brown — begins with attorney Thomas "Tommy" Reilly (Aaron Tveit) being unwillingly assigned a pro-bono case for Sr. Alejandra "Allie" Batista (Edy Ganem).

When they meet for the first-time, Reilly apologizes to Batista for the abuse he presumes she's endured, since the case seeks to sue the Catholic Church. After a few awkward seconds Batista explains that she isn't suing the Archdiocese of New Orleans because of abuse, she's suing the church so she can enter a Catholic seminary and fulfill her call of becoming a priest.

The film does not shy away from fleshing out the deeper theological and legal questions that such a case would actually raise: Can you be a good-standing, female Catholic and still want to be a priest? Who decides whose call to a vocation is valid? Can the court legally intervene in the church's traditions? Do religious liberty laws exempt religions from discrimination laws?

These questions and the film's portrayal of them were what initially drew actor Aaron Tveit to the script. Having grown up in a Catholic family, he felt it was important that the script fairly represented the case.

"I think if they had, if the script had villainized the church in any way, I just wouldn't have been interested in it," Tveit told NCR.

While the Catholic Church plays a critical role in the movies' narrative, producer Thada Catalon explained that the film really speaks to broader trends among other religions, politics and society.

"What drew me to [this story] is it's an equal rights issue," Catalon told NCR. "I'm not Catholic, so when I came into it all I saw was a woman who wanted to be a priest and she wasn't able to simply because she was a woman. … I wanted to be a part of something that can make a statement, that can be a part of a progressive movement that helps women." 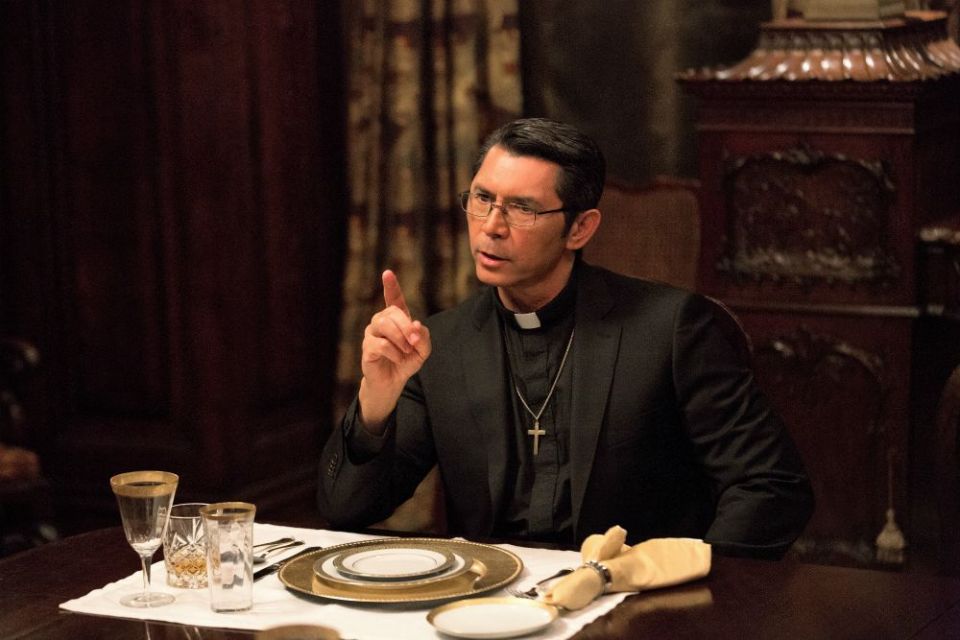 Although the film's production occurred before the start of the #MeToo and #TimesUp movement, the cast is happy to contribute to the larger discussion.

"I mean it was just one of those things, we just thought it was a timely thing in our country and had no idea all this would be going on to the exact same time that we were coming out," Tveit said. "But you know it's time that people are finally speaking about things that haven't been spoken about for a long time, and I think it's a very long time coming. And so, it's great if we're a tiny little part of that, that's wonderful."

Catalon agreed but pointed out that when she was approached with the film idea, the U.S. was in the throes of another discussion on equal rights.

"At the time when it was presented to me we had three women running for president of the United States and we were still having that conversation of whether a woman can break through that glass ceiling, and it's like, why not?" Catalon said. "And so that, to me, the whole movement started there honestly with a woman trying to become president of the United States. ... It's women just trying to make a stance and say, 'Hey, we're here and we should be equals.' "

Despite "Created Equal" finding itself in the middle of a cultural movement, some Catholics may still find the film's premise a stretch. The church's magisterium hasn't minced words when they've talked about women's ordination. The film even ends with a clip of Pope Francis on board the papal plane talking about the possibility of women's ordination.

"With regards to the ordination of women," Francis said in 2013, "the church has spoken and says no. Pope John Paul [II] said so with a formula that was definitive. That door is closed,"

However, at a recent screening of the film in New York City, the audience seemed eager to broach the subject.

Following the screening, Tveit and Catalon hosted a question-and-answer session with the audience. One woman spoke about her 25-year struggle with her call to the Catholic priesthood — mirroring Batista's call in the movie. She told the crowd — to a round of applause — that she was secretly ordained as a priest in the Catholic Church.

Another woman talked about a similar struggle within the Mormon church. She told the crowd she was excommunicated after founding a group to support women's ordination within the group. 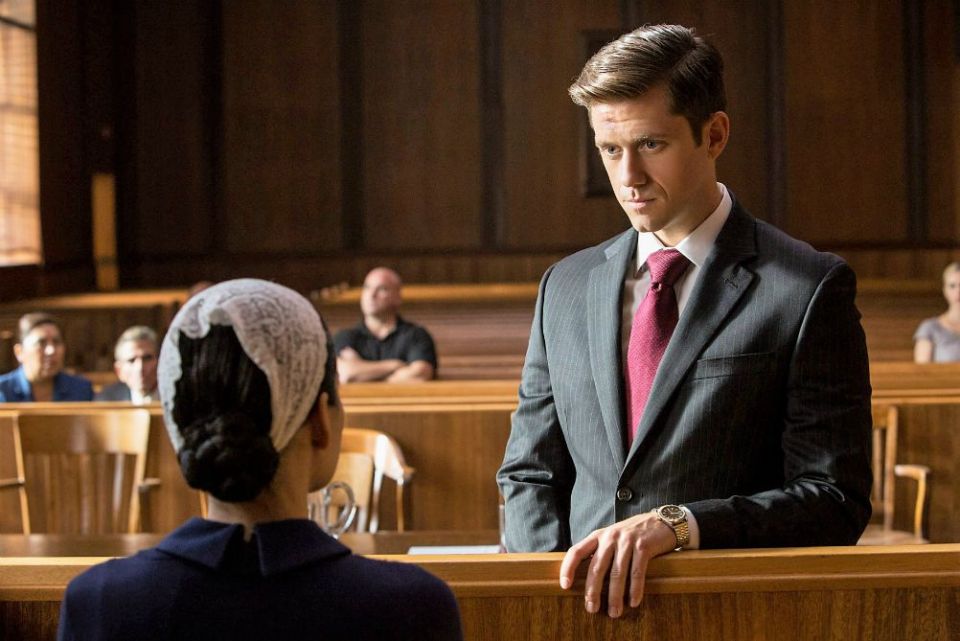 While these women's experiences were a first for a screening, Catalon believes that it speaks to the public's desire and willingness to participate further in this discussion.

Although there has been no official response from the Catholic Church, Catalon said there have been priests who have come to see the movie. So far, the consensus has been split. According to Catalon, four out of the seven priests who she's talked to "have said, yeah let's have a conversation [about women's ordination]."

"When you have this type of movie …and have these [screenings]," Catalon said, "the word of mouth is going to get around because people are going to want to have these kinds of conversations and ask people what they think about it."

Continuing the conversation is community-based screenings happening across the U.S. The production partnered with Tugg.com "a web-platform that enables individuals, groups, and organizations to set up personalized screenings of Created Equal in theaters and community venues across the country."

The movie has already been screened at a variety of locations, including Los Angeles, New York, New Orleans, Cleveland, Oklahoma City, and Fairfax, Virginia.

Now that the film is available on DVD and video on demand, Catalon is looking forward to more people joining the conversation and encouraged viewers to utilize social media to "find out how other people feel about it."

Tveit said he hopes new viewers "go into this hopefully with an open mind and see that you know we're not trying to cast a negative light on the church in any way. I think this is just a question for the church and for our whole society."

And while the movie doesn't seek to directly answer some of those questions Tveit talks about, it does leave viewers with something else.

In one of the final scenes of the film Reilly asks Batista, "Has anything changed?"

Batista's response: "No. But it allows us to fight another day."

Official trailer for "Created Equal," produced by T-Cat Films and distributed by Vision Films
A version of this story appeared in the Feb 23-March 8, 2018 print issue under the headline: 'Created Equal' .

One nun's take on horror film 'The Nun'