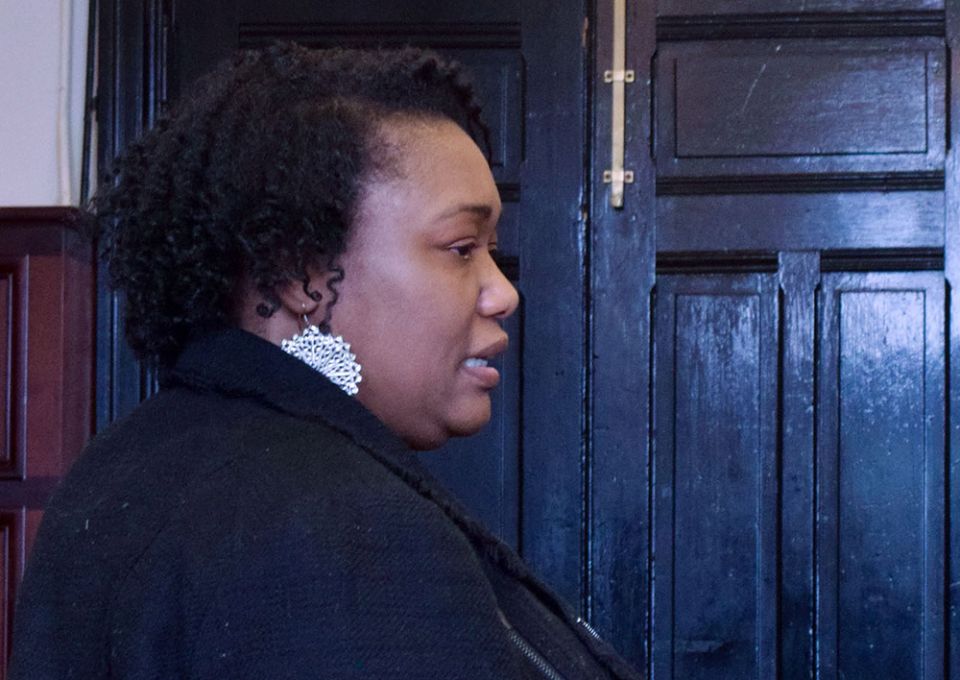 Gloria Purvis, host of the "Morning Glory" radio show, which was canceled by EWTN Dec. 30, is seen in January 2020 at Georgetown University in Washington, D.C. (CNS/Sydney Clark)

An outspoken champion for racial justice has been pulled from the airwaves by conservative Catholic media conglomerate EWTN.

Within hours of the announcement, the webpage for "Morning Glory" had been deleted from EWTN's website.

Purvis confirmed to NCR that EWTN's head of radio informed her on the morning of Dec. 30 that the show was canceled effective immediately and that no further reason was given. EWTN did not immediately respond to NCR's request for comment.

The decision to pull Purvis' show comes at a time in which the church and country are facing a reckoning on race and where Purvis had emerged as a leading voice in the American Catholic Church calling for greater action to combat racism.

In June, the Texas-based Guadalupe Radio Network — the largest EWTN radio affiliate in the U.S. — pulled the show, a move the network later said was "temporary" because of a "spirit of contention" growing among the hosts live on-air, according to a press release.

At the time, the head of EWTN, Michael Warsaw, told Catholic News Agency, " 'Morning Glory' remains part of the EWTN lineup and is still going strong!"

In response to the surprise decision by EWTN to cancel her show, Purvis told NCR, "I am looking forward to 2021 when I can continue to bring the light of the Gospel truth to the public square. We have to have these conversations as faithful Catholics, and I'm looking forward to all of the opportunities God has in store for me."