As more Africans join social media, Catholic bishops warm up to its potential 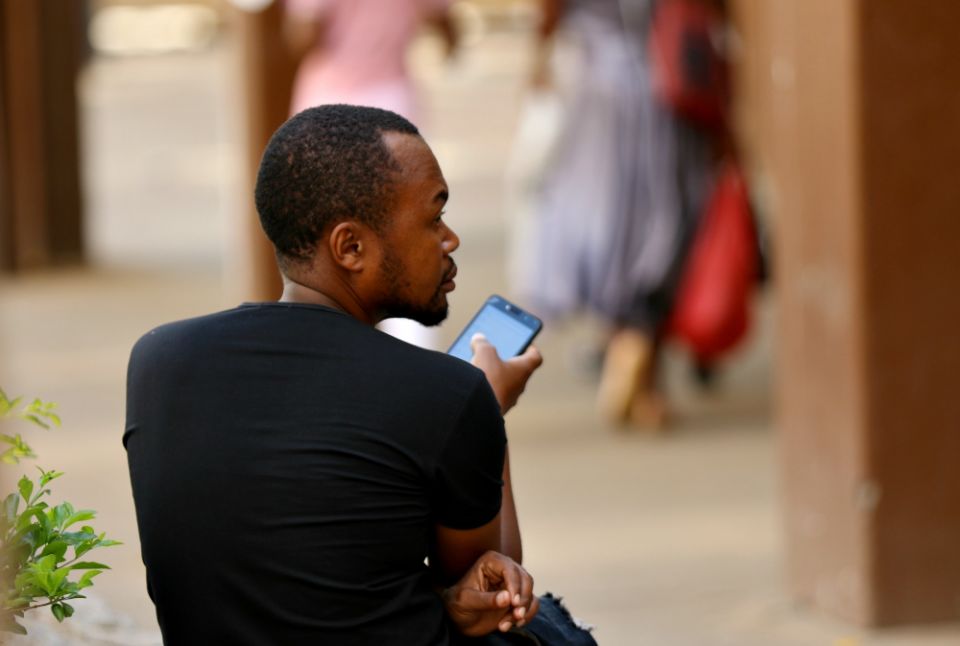 A man checks his mobile phone in Harare, Zimbabwe, in January. (Newscom/Reuters/Philimon Bulawayo)

Harare, Zimbabwe — Catholic bishops in Africa are warming up to the idea of embracing social media and other tech platforms as evangelism and pastoral tools, taking a cue from Pope Francis' openness to using such platforms for good.

Social media platforms such as Twitter, Facebook and WhatsApp have become more popular in Africa. Facebook Messenger and WhatsApp give African citizens cheaper communication alternatives and a wider reach for priests and bishops in a continent where communications costs are high.

In Zimbabwe, WhatsApp accounts for nearly 50% of all internet usage, according to the Posts and Telecommunications Regulatory Authority of Zimbabwe. According to Digital Information World, "due to WhatsApp, the usage of internet has increased in Africa." Kenya, Nigeria, Tanzania have witnessed increased utilization of social media, says a 2018 report by Pew Research Center. 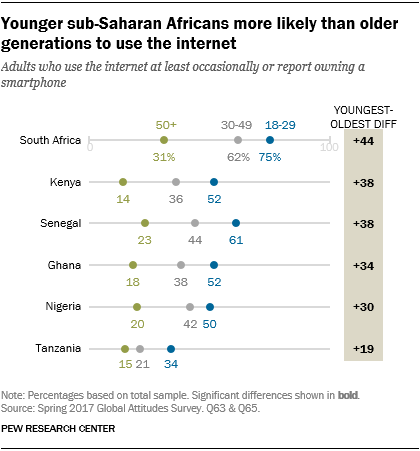 Against this backdrop, bishops in Catholic dioceses in Tanzania, Kenya, Malawi and Zimbabwe are seeking to embrace social media platforms and utilize them for spreading pastoral information and evangelism.

Francis has more than 18 million followers on Twitter and has been vocal in advocating the good use of social media, leading a new view of embracing media platforms that can help the church reach out to young people. At Pentecost Mass June 9, Francis spoke about communication with young people in the church.

"Communicating is perhaps the challenge that we have with young people," Francis said. "Communication; communion; we must teach them that computers are good, yes; to have some form of contact, but this isn't language. This is a 'gaseous' language. The true language is to communicate, to speak."

Catholic bishops in Malawi have enthusiastically grasped social media usage because of its popularity in the southern African country.

"The Catholic Church is utilizing social media in Malawi in her evangelization to the peoples after all conferences in AMECEA [Association of Member Episcopal Conferences in Eastern Africa] were schooled on the importance of the use of the new media in its plenary in 2014 in Lilongwe, Malawi," Fr. Godino Phokoso, communications secretary for the Episcopal Conference of Malawi, told NCR.

While Francis has spoken about the power of social media for communication purposes, he has also criticized the platforms for the culture of insults it sometimes perpetuates.

Social media has had its fair share of challenges, particularly in Africa. Whether it is fake news or the spread of illicit and immoral content, WhatsApp, Facebook and other such platforms have an equal dark side.

These pitfalls are not deterring the Malawi Catholic Church and the focus is now on ramping up a presence on social media. Earlier this year, the Catholic bishops in Malawi adopted a policy on information communication technology, but this requires massive investment into enabling gadgets and services, said Fr. Andrew Kaufa, social communications coordinator of AMECEA.

"These require us church media to invest in ICT gadgets such as internet, computers, laptops, smartphones, tablets, iPads," said Kaufa, who is also the director of the Catholic station Luntha Television.

"We need to popularize our ICT policy that was approved by the Catholic bishops in their January 2019 plenary," Phokoso said. 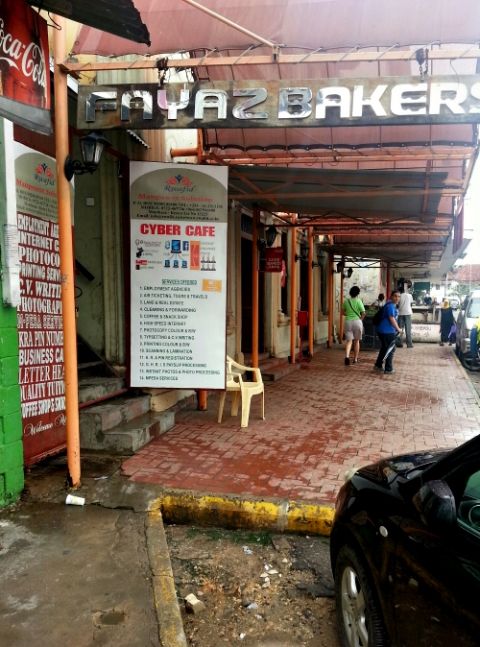 A cyber café is seen in Mombasa, Kenya, in 2013. (Wikimedia Commons/Chaostar)

Social media "is the fastest way of dissemination of pastoral information," he added. "However, we urge all people to use the new media responsibly, as it can break marriages, communities of religious men and women."

For the African Catholic bishops, social media can effectively be harnessed for the good. Such is the case in Kenya, where bishops are challenging communication coordinators across various dioceses to use social media for evangelism.

Bishop Joseph Obanyi Sagwe of Kakamega, Kenya, believes social media can be "an altar for young people," informing a conference of parishioners who underwent a training on new communication strategies that it is imperative for the church to use modern communication methods to reach out to communities with good news and content.

Jesuit Br. Elias Mokua, national executive secretary for the Kenya Conference of Catholic Bishops, emphasizes that the church is currently spearheading a national Catholic communication network in the East African country to publish news content that is grounded in Gospel values.

While other national bishops' conferences in Africa are coming up with strategy papers for embracing new technology and social media, in Malawi, the bishops know exactly what they want to achieve.

"Social media is playing a greater role in the dissemination of information in Malawi and it has made our work easy," Phokoso said. "At the touch of a button, ECM [Episcopal Conference of Malawi] statements go viral on social media and the whole world knows about our best practices in a short period of time."

In 2017, Bishop George Tambala of Zomba, chairman for social communications and research commission at the Episcopal Conference of Malawi, challenged Catholic evangelizers to embrace the use of information communication technology tools for the sharing of the word of God.

"Others have not yet welcomed this new baby [social media], still more others have embraced it but misuse it," Tambala said. "[We have to put] our heads together on how we can help people embrace ICT and use it responsibly."

The Society of Jesus' Zimbabwe-Mozambique Province has a vibrant Twitter feed, as does Radio Chiedza, a Catholic community radio station based in Harare, Zimbabwe, and the Jesuit Conference of Africa and Madgasgar.

A blog post on the Society of Jesus Zimbabwe-Mozambique Province website discussed the benefits and pitfalls of using social media for evangelization. The blog quoted a member of the Little Children of Our Blessed Lady, Sister Maria, who emphasized the need to embrace social media, especially when trying to reach youths in communities and congregations. She views social media as a "vital tool for the spreading of the Gospel to the Christians" in Zimbabwe and elsewhere.

"If one is working with young people, he or she would be bound to use these platforms to reach out to the people since the social media forums would be the meeting point," the Harare sister was quoted as saying.

In East Africa, Archbishop Gervas Nyaisonga of Mbeya, Tanzania, shares the sentiment, saying that the Catholic Church should value social media for evangelization.

"We are in a different century; the number of Catholics has increased; we have modern communication technologies which are accessible to many especially the youth," Nyaisonga said at a campaign for Radio Maria Tanzania in May. "We need to use them to meet the people and tell them good news."

He added that the Catholic Church exists in a modern world where no one can escape social media.

"The church can't avoid media if she wants to be efficient in the mission of conveying the Gospel to people," he said. "People are not in the sacristy; they are in the world of the social media. Otherwise, we shall be left behind."

A version of this story appeared in the July 12-25, 2019 print issue under the headline: Catholic bishops warm up to potential of social media in Africa .

Pure drops in an ocean of noise