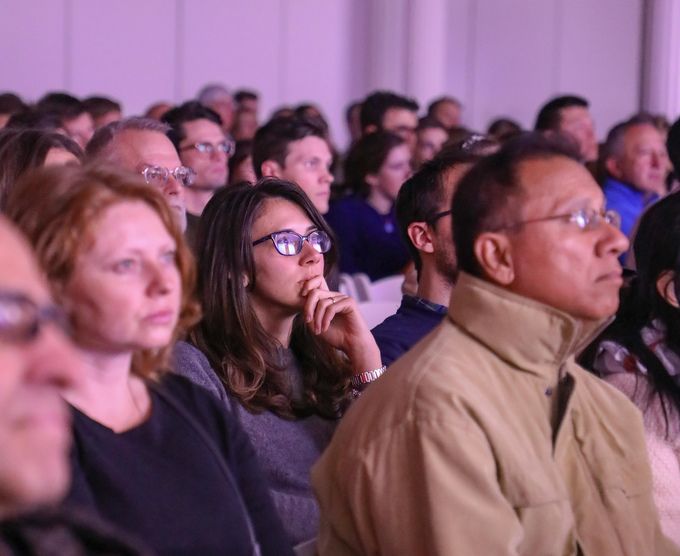 New York — It is a kind of Catholic Woodstock without the sex and drugs, but with some rock and roll. And, unlike other Catholic gatherings, most of the thousands who attended the Feb. 15-17 series of exhibits, lectures, liturgies and various get-togethers called New York Encounter don't remember or weren't born for the original Woodstock. Still the theme remained decidedly countercultural.

The tone was millennial — with programs on dating, space travel, art and music — focused on heavy-duty themes about where we all are in this universe and whether we are going there alone. Reflecting the baby boomer experience, there were also exhibits on singer/songwriter Bob Dylan and novelist Walker Percy.

Admission was free of charge, a rarity in today's Manhattan. Funds to pay for the annual event come from donations and corporate sponsors, an array of financial firms and a few boutique retailers, such as Marcoliani Milano socks*.

A total of more than 11,000 admissions were counted at the door, although many were repeats. Still each of the event's presentations was attended by more than 2,000 participants, who jammed a lecture hall.

Sponsored by Communion and Liberation, the Catholic renewal group, the theme this year for the 11th annual event — which attracts adherents across the U.S. as well as Italy, Spain and other countries — was "Something to Start From." The oblique reference seemed to refer to Western culture losing its way, with a need to begin anew.

Communion and Liberation, also known by its Italian name, Comunione e Liberazione, was started by Fr. Luigi Giussani in Milan in 1954. Its focus has been on attracting Catholic university students in fellowship, with most of its work in Europe, where it has extensive real estate holdings.

Each presentation at the New York Encounter began with a video of a young woman seemingly lost in the forest, a metaphor for a society, speakers said, that has lost its way in an onslaught of individualism.

"Our society does a poor job of talking about the heart and soul," David Brooks, New York Times columnist and PBS NewsHour contributor, told one program. If modern society is a technological marvel and a bonanza of material success for many, it remains lacking in meeting deeper yearnings, speakers warned.

Brooks took a look at college commencement speeches to emphasize the point. "We say to be open, to be free," he described the point of such speeches, describing life as an endless series of possibilities to embrace. Yet graduates soon discover it is ultimately an empty promise. 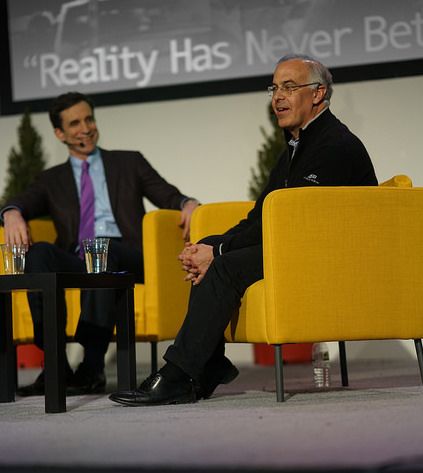 New York Times columnist David Brooks was interviewed about individualism at one of the programs. (Courtesy of New York Encounter)

Brooks, 57, said the issue of individualism trumping all is not simply a millennial issue. In a personally candid talk in front of a few thousand, the New York Times writer — hired, he said, as a conservative voice at the liberal Times, akin to serving as a rabbi in Mecca — Brooks described himself as struggling with the meaning of personal achievement.

On a book tour he spent 42 meals alone in airports. "I came to idolize time over people," he said, blaming a "life consumed by work and no one else" for a crisis that enveloped him six years ago.

Brooks, who is Jewish, freely quoted Catholic philosophers, such as Jacques Maritain, Henri Nouwen and Dorothy Day, on the need for community and reflection. He described his personal crisis, hitting rock bottom while living in a bachelor apartment, soon after a divorce, where the drawers for the silverware were filled with Post-it notes about work projects.

Recovery came, he said, by seeking community. He talked about his own involvement in All Our Kids, formed for Washington, D.C., adolescents seeking guidance and support in an affirming community. Brooks said that's what he's found there and he meets with young people in the group every week.

"We don't shake hands. We hug here," were the first words he was greeted with at an All Our Kids function. Brooks said he has made the group his community ever since.

While Brooks addressed late-life loneliness and struggles, other presentations addressed millennial issues with variations on the same theme.

A presentation on social loneliness was, ironically, packed. The focus was on the collapse of dating culture among college students, an indication, said speakers, of a lack of connection prevalent in college culture.

For Kerry Cronin, associate director of the Lonergan Institute at Boston College, the growth of hook-up culture and the demise of dating on campus is evidence of deep social estrangement on campus, where some students seek out comfort dogs for companionship and eyes are more likely to be focused on cellphone screens than on meeting live people. "The levels of depression and anxiety in college students is off the tracks," she said.

While students are well connected via social media, they frequently lack basic human connections, said Cronin. In her sociology classes at Boston College, a mandatory assignment is to ask someone out for a date and then to report on how it went.

Students are often terrified by the prospect.

"In so many parts of our lives, effort is correlated to success. But not this one," said Cronin, noting that while college students may be preparing for successful careers, their lack of social skills remains evident.

It has an impact on their faith, she said. Most American college students believe in God, but find God distant.

Author Emily Esfahani Smith, whose breakout TED talk with six million views is titled "There's More to Life Than Being Happy," argued that the focus on individualism in Western culture has evolved into widespread loneliness and alienation. She grew up in an embracing Sufi Muslim community in Montreal and discovered in moving to the U.S. the need to seek out community. 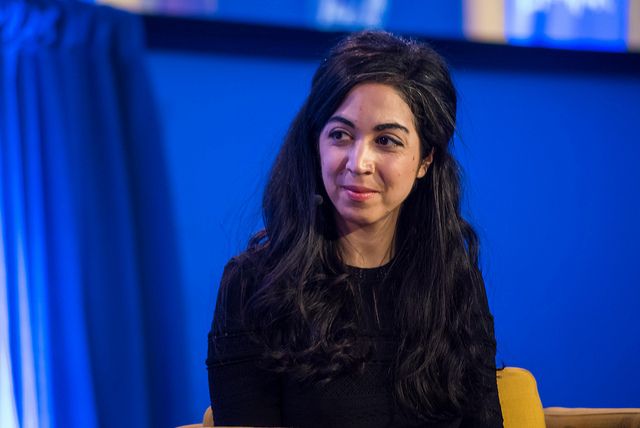 She is part of a Ben Franklin Circles chapter in Washington, D.C., which brings together people to talk about social virtues. Forging connections is a widespread concern, she said, noting that a popular New York Times article titled "To Fall in Love with Anyone, Do This," cited a series of increasingly intimate questions intended to break down barriers.

The goal of the questions, she said, is to "get you to cut to what really matters."

While the focus on social connection could take place in any kind of gathering, a panel on Pope Francis provided a direct Catholic connection to the New York Encounter.

Held the weekend before bishops gathered in Rome for what was seen as a landmark worldwide discussion on sex abuse, the crisis was referred to only obliquely, with a focus on celebrating the unique perspective Francis has brought to the papacy.

Archbishop Christophe Pierre, Vatican nuncio to the United States, said that Francis has brought the spirit of Latin American bishops' meetings, with its focus on engaging the wider culture, to the universal church. In a series of meetings of bishops throughout the continent, the church in Latin America pledged to be a church of the poor, seeking them out and listening and accompanying them in their struggles. Among those bishops was Jorge Bergoglio of Buenos Aires, who before his election as pope was immersed in shaping the views of Latin America's bishops.

It is a renewed perspective on church, different from an insular concern about institutions and has generated pushback both in Latin America and in the U.S. But, said Pierre, "We can't live in the church of yesterday."

Papal biographer Austin Ivereigh agreed that Francis has focused on a church turned outward, less concerned about its own issues. Francis, he said, is not asking "how do we keep our institutions going?"

Instead, he said "the church isn't reformed for its own sake" rather, he said, it is about finding God among those on the margins.

The world of church governance remained, however, outside most discussions in this year's New York Encounter. The goal of culture as a way to connect Catholics and others into engaging the important questions remained the meeting's focus.

One exhibit examined "Lost in the Cosmos," the Walker Percy science fiction novel which fused themes of ultimate meaning with fantasy. Percy, the late physician and Louisiana Catholic, "realized that science wasn't able to understand all of who we are," said Michele Averchi, a Catholic University of America philosophy professor who helped put together the interactive exhibit, curated by literature and philosophy scholars, as well as fans of science fiction.

Chinh Pham, a participant from Harrisburg, Pennsylvania, told NCR that the annual New York conference is more than a get-together for the like-minded. It's about ultimate meaning, a subject he likes to reflect upon in his role as a surgeon.

"When I come here I am reminded of the greatness of humanity and the richness of our Catholic faith. It asks us to be greater," he said.

*This story has been updated to remove a reference that the Archdiocese of New York was a donor for the event, and to correct that Marcoliani Milano produces socks, not shoes.

Redemption, beauty of the family emphasized at Los Angeles march for life