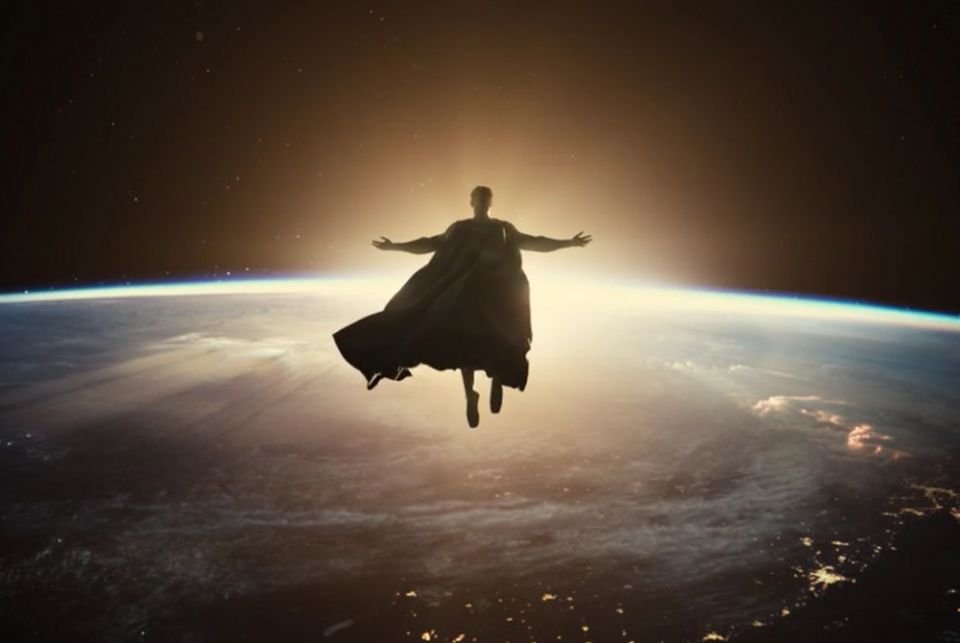 Superman, played by Henry Cavill, soars above the Earth in a scene from the movie, "Justice League," by director Zack Snyder. Bishop Paul Tighe, secretary of the Pontifical Council for Culture, told Catholic News Service that Snyder's use of religious imagery in his film series attracts attention to Christ's passion because "the humanity of Christ is so clear." (CNS)

Many Catholics rely on passion plays or films to aid in their reflection on Christ's passion and death.

One of the unlikeliest of places to find echoes of this pivotal moment in Christian history is director Zack Snyder's trilogy based on the beloved DC Comics superheroes.

Snyder's version of Superman's journey, which culminated March 18 with the release of his four-hour cut of "Justice League," mirrors the defining moments in Jesus' life that Christians commemorate each year.

In "Man of Steel," actor Henry Cavill's Superman goes to a church and seeks counsel from a priest before facing the villainous General Zod. Behind him is a stained-glass window of Jesus praying in the Garden of Gethsemane.

Snyder's follow-up movie "Batman v. Superman: Dawn of Justice" depicts Superman's death by sacrificing his life to save the world from the genetically altered monster known as Doomsday.

Snyder himself revealed the connection to Christ's passion and death in a 2018 post on his Vero social media account in which he explained that Batman's use of a kryptonite spear was inspired by the lance used by the Roman soldier Longinus to pierce the crucified Christ. 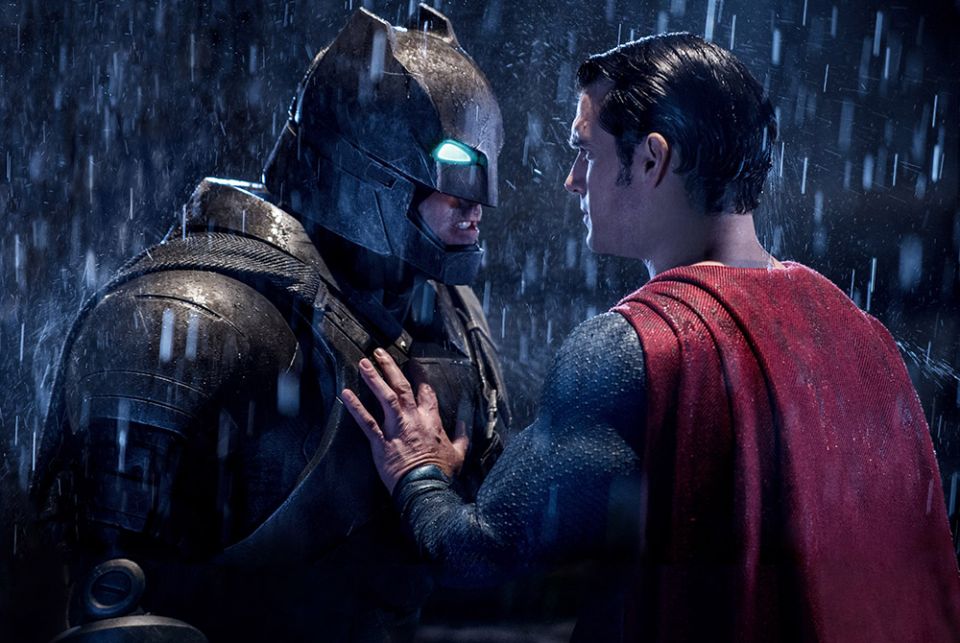 Ben Affleck and Henry Cavill star in a scene from the movie "Batman v. Superman: Dawn of Justice." The movie depicts Superman's death by sacrificing his life to save the world from a monster known as Doomsday. Zack Snyder, the director of the movie, revealed in a social media post that the movie has allusions to Christ's passion and death. (CNS/Warner Bros.)

Finally, "Justice League," brings the paschal similarities full circle with Superman's resurrection and his defeat of an evil villain that threatened to turn Earth into a wasteland of fire and ash.

While the parallels between the fictional "son of Krypton" and the factual "Son of Man" are widely known, Snyder's trilogy uses visual cues, plot points and even dialogue that further highlight those parallels with Christ's passion.

Bishop Paul Tighe, secretary of the Pontifical Council for Culture, told Catholic News Service he was moved by Snyder's Feb. 22 interview with Vanity Fair, in which the director spoke candidly about his late daughter Autumn, her struggle with depression and her "questions concerning the worth and value of her life."

"I am convinced that many filmmakers and writers attempt to confront these questions about what it is that gives worth and value to life," Tighe said. "And the stories they tell inevitably go deeper and ask, 'Why do the good suffer?' "

"I believe that believing Christians have a story to tell that address precisely those issues, a story that is rich in images and parables," he added.

Dan Clanton Jr., an associate professor of philosophy and religious studies at Doane University and an avid comic book fan, told CNS March 26 that Snyder's use of religious imagery in Superman recalls "the trope of the 'suffering servant.' "

Christian tradition holds that the figure of the suffering servant in the book of Isaiah is a messianic prophecy foretelling Christ's suffering and death.

"This idea in Isaiah 52 and 53 — that the servant of God must, in fact, suffer and suffer vicariously on behalf of the nations and then he will become a light to the nations — what Snyder does that is so innovative is to link that early Christian understanding of Jesus with all of this other religious imagery that we've seen with Superman in a very tightly connected narrative web," he said.

While Snyder's Superman draws heavily from religious imagery that connects with believers, on a larger scale, Clanton said, it appeals to a wider audience of people who, although not adhering to a traditional religion, "need to feel connected to something larger than themselves."

"By using this religious imagery, by telling a story that resonates with prior stories but by couching it in what I think we could claim is the 20th-century American mythology of superheroes, what Snyder is doing is responding to a deep-seated need on the part of moviegoers and on the part of cultural consumers for meaning, for relationship, for story."

Much like the Hebrew Midrash or Jesus' parables in the Gospels, Clanton said, comic book stories and films are "stories that help explain ourselves to ourselves, that help us understand who we are, where we come from, who we want to be."

"In the absence of a state religion, or in the absence of these inherited religious traditions increasingly, well, these superhero stories are stepping in to fill that mythic void," he said.

For Tighe, films like Snyder's DC movies seem to be inspired by a "low ascending Christology" that attracts attention to Christ's passion because "the humanity of Christ is so clear."

"I think that's why the story of Christ continues to appeal; it's not because he has 'superpowers' or is a miracle worker, or anything like that," Tighe said. "The way he redeemed the world was through love, gentleness, humility — a way that is open to all of us."

Letting go and giving all to God in 2021