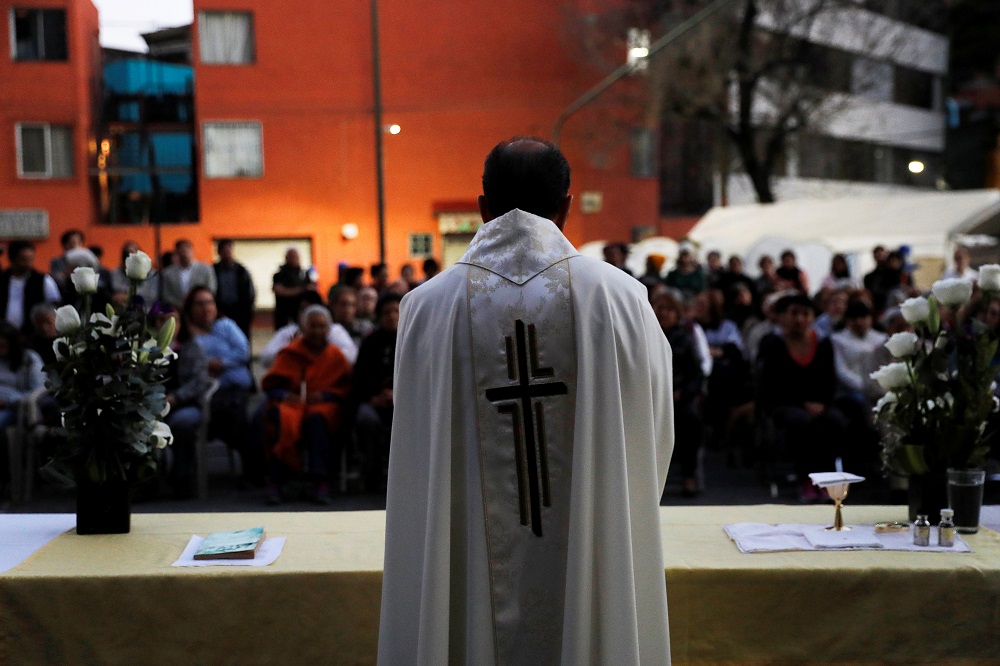 The Mexican bishops' conference has presented an action plan for protecting minors from sexual abuse by clergy and pastoral agents.

The plan includes overhauling priests' training, establishing diocesan and/or provincial commissions and specifying norms for seminarians, religious and priests who switch diocese or congregations. It also calls for establishing "listening centers ... composed of prepared persons and experts, which can carry out a first discernment of the case of presumed victims."

"Asking forgiveness means putting the victim first, listening to them, understanding them, accompanying them and committing ourselves to the process of their healing," the bishops said.

The bishops also called for "promoting respect for the law," which includes "the call of the church to combat clericalism," along with putting "the rights of the victim ... over the rights abusers." The action plan also called for properly "caring for the socio-ecclesiastical climate" surrounding priests "so they don't live in panic, rather securely and so they can adequately and fully fulfill their vocation."

Archbishop Rogelio Cabrera Lopez of Monterrey, conference president, said, "The paradigm change is (that) society and the church are aware of the primacy of the victim, and all other issues stem from that.

"Previously, I think that the model was to review what had happened and see what you do with the priest," Cabrera continued. "Now, the first thing is attending to the victim and ... the priest who committed the crime is judged by the authorities."

The action plan follows the Feb. 21-24 Vatican summit on protection of minors.

It also shows the shift in the Mexican Catholic Church about abuse over the past 20 years. Church observers say the abuse issue had been downplayed in the past as an "Anglo" problem, even as accusations became public against prominent priests, most notably the Legionaries of Christ founder, Fr. Marcial Maciel Degollado, who died in 2008 and counted the country's prominent clerics and wealthiest individuals as supporters.

The plan also calls on church officials to recognize the role of the media, an institution some bishops in Mexico have scorned as scandalmongering when cases of abuse have been made public. It asked for "recognition of media and reporters for the important and brave labor exercised in defense and service of the truth."

Cabrera said 157 priests have been suspended for sexually abusing minors by 64 dioceses since 2010; 101 of those cases are being investigated by judicial officials.