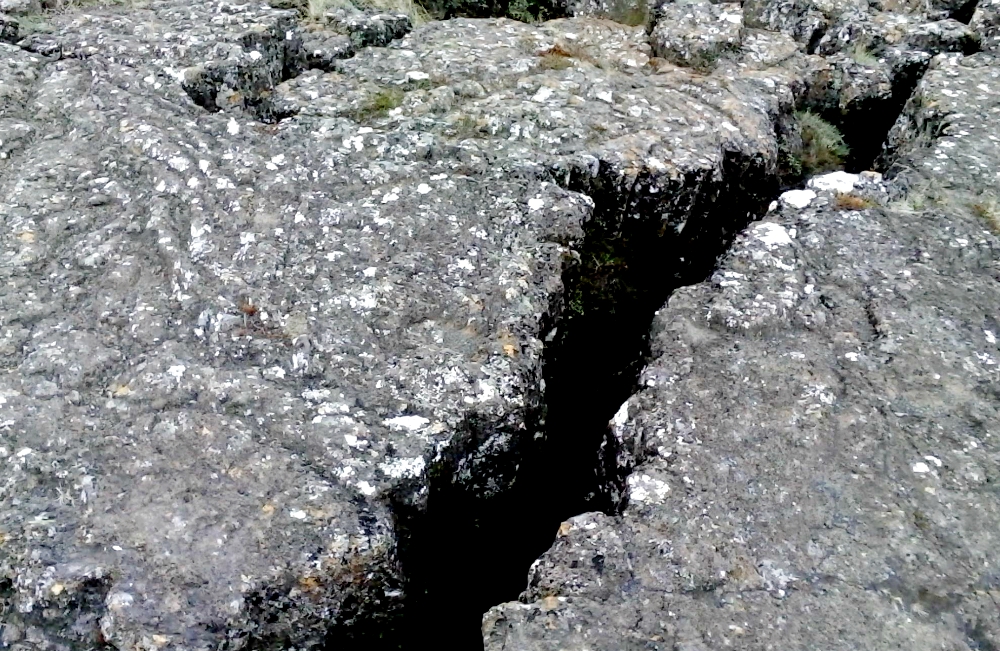 "The weaknesses, the imperfections, the faults facilitate the evolution of a system," says geologist Xavier Le Pichon. (Wikimedia Commons/Reykholt)

Some years ago, a Jesuit friend wrote to me after I had concluded a long reporting project on the state of the church in the U.S. to say the stories reminded him of an essay by Xavier Le Pichon, a French geophysicist and a Catholic who constructs comprehensive models of the movement of the earth's plates. He extracts from his knowledge of tectonic activity insights into human behavior.

In his essay, Le Pichon writes that he has come to understand that it is "the weaknesses, the imperfections, the faults [that] facilitate the evolution of a system. A system which is too perfect is also too rigid because it does not need to evolve. This is true in politics; it is true within a society, within families, within nature."

I think it can also be inferred that his insight holds true as well for the Catholic Church and its ecclesiology.

A perfect system, writes Le Pichon, "is a closed system that can only evolve through a major commotion: The evolution occurs through revolutions."

As evolution occurs in the natural world through the cracking of rigid rocks, in the church, one might extrapolate, it is occurring through the upheaval of ecclesial systems and traditions that have become too rigid or that discover their usefulness has been overrun by time, circumstance and new insights.

We are living through such a period: What was believed a perfect society is revealed as grossly imperfect, its leadership often unspeakably corrupt. So what's next? Can it be corrected?

In discussions with staff here at NCR, I've used the image of a rubble heap for the accumulated debris of the clerical system that is falling apart under the weight of the clergy sex abuse scandal, itself but a tragic symptom of deeper maladies.

The heap keeps growing and will continue to expand as the crisis here in the United States now enters a phase where law enforcement, once too timid to take on the church, apparently feels no restraints, and as bishops, who previously would never concede to outside pressure to tell the truth to their flocks, are emptying files and releasing names as if their careers depended on it.

The question for us here — and it is a lively and ongoing question with no clear or easy answer — is how much attention do we pay to every new expansion of the rubble heap? Do we allow ourselves to be mesmerized again by every seemingly new twist in a scandal that has often dominated our pages, our energy and our efforts for more than 30 years?

I believe what we've begun doing to answer that question is somewhat counterintuitive for NCR, which established its reputation by holding power accountable. We will, of course, continue doing that, but the most important story may not be the rubble heap but what it conceals or distracts from. The most important pursuit today may not be finding a fix for clericalism but digging deep into and beneath the rubble heap to rediscover authentic tradition and authentic hope and what they could mean for our time.

One of the ways we recently tried to get at that authenticity was to ask three Jewish writers to explain, against the backdrop of what Jews have suffered at the hands of Christians, what they found genuinely good about the Catholic community. Their inspiring responses can be found here. Many of you may have already read that series, but I encourage you to also find some quiet and listen to the remarkably frank conversations that two of the writers had in a follow-up with NCR engagement editor Brittany Wilmes. That podcast can be found here.

You can also listen to this week's podcast, a lively conversation Wilmes has with Jesuit Fr. Joseph Brown (the conversation couldn't be anything but lively if Brown is involved!), professor in the department of Africana studies at Southern Illinois University. He'll be assessing — and engagingly critiquing — the recent U.S. bishops' pastoral letter against racism.

On the sex abuse front, Melinda Henneberger, a public Catholic and writer of significant stature, gives expression to so many of the thoughts, questions and frustrations floating around the Catholic universe. She's decided to leave, not an easy decision for someone who has been an eloquent and persuasive advocate for the consistent ethic of life and the goodness of the Catholic tradition. Not a small loss for the community. Her column can be found here.

As the investigations and revelations roll on, Joshua McElwee reports from Rome, explaining what it would mean to have, as some members of the hierarchy have proposed, metropolitan archbishops as the overseers of accusations against fellow bishops. It's a bit complex and into the Catholic ecclesial weeds, but McElwee makes it all easily accessible. It could be an important step in accountability. Find his report here.

Looking ahead, and this finally gets us into one of those explorations of deeper, authentic traditions, check out the story posted today by our national correspondent, Heidi Schlumpf, on a conference this weekend in Chicago observing the 50th anniversary the death of Trappist monk Thomas Merton. The popular and celebrated writer remains an intriguing and inspirational figure who provides an entry point into the tradition that transcends clericalism and the disputes of the moment. Her story can be found here.

Correspondent Patricia Lefevere reports on Merton's time at St. Bonaventure University where in 1940 he was teaching English literature survey courses for 45 bucks a month. Find her report here.

On Monday, we'll be posting Schlumpf's report on the conference keynote address by Franciscan Fr. Richard Rohr, as well as a splendid essay on Merton's relevance today by Franciscan Fr. Daniel Horan, who teaches systematic theology and spirituality at Chicago Theological Union, where the conference is being held. Later in the week, columnist Colman McCarthy will weigh in with a recollection of correspondence he had with Merton about a story he was writing about the contemplative life and Merton's grouchy letters complaining about the resulting report.

All of us at National Catholic Reporter send wishes for a blessed Advent and joyous Christmas. As our recent editorial suggests, reflecting on the Incarnation in new ways this Advent season might provide us some solace in a year of Catholic turmoil.

Your reflections will certainly deepen with the help of the daily Advent series provided by our sister publication Celebration, a comprehensive pastoral resource, which is to say a publication that feeds the soul and the mind in the best of the Catholic tradition. You really ought to check it out.

And a special Christmas gift subscription sale (yes, you can provide yourself and others a reliable spiritual anchor in these stormy ecclesial times) is available here: NCRonline.org/subscribe/gift/celebration?coupon=CEL12.