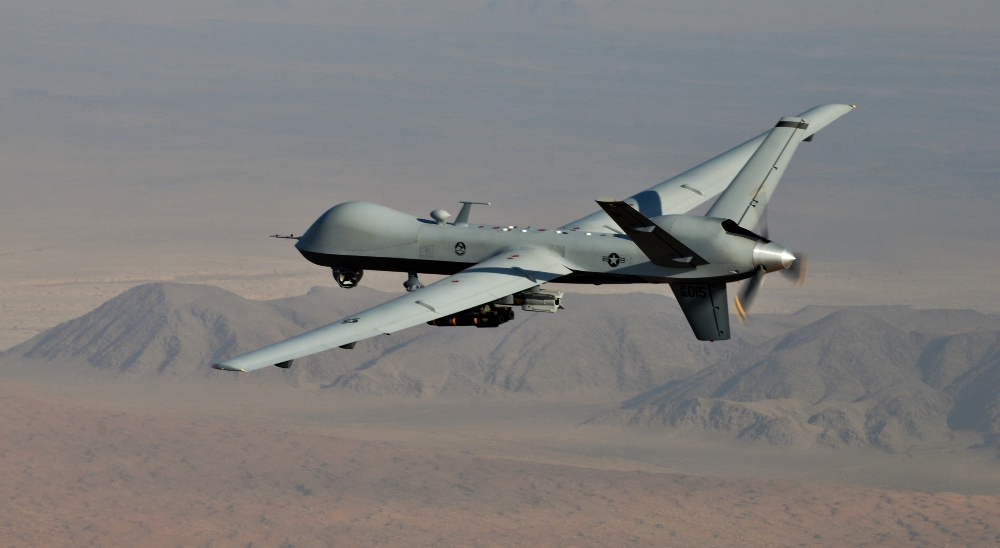 The lawsuit alleges that the defendants engaged in a criminal conspiracy to block Energy Transfer Partners' Dakota Access Pipeline, including encouraging vandalism in Wapello and Mahaska counties in Iowa. The suit calls the vandalism "ecoterrorism" and seeks to apply the Racketeer Influenced and Corrupt Organizations Act to the case.

In particular, the defendants are accused of glorifying Jessica Reznicek and Ruby Montoya, two Des Moines Catholic Workers who confessed in July, without being caught, to burning pieces of heavy equipment on the pipeline route and using oxyacetylene torches to damage empty pipeline valves.

Reznicek and Montoya told Democracy Now! in a July interview that they acted in an effort to protect human life, the planet and natural resources after other efforts to oppose the pipeline failed.

They were charged with criminal mischief and jailed overnight for damaging an Iowa Utilities Board sign immediately after claiming responsibility for the pipeline damage and their Catholic Worker house was raided by the FBI in August. So far, neither woman has been charged for damaging the pipeline.

DeWITT, NEW YORK — Seven members of Upstate Drone Action, a coalition of activists from peace and justice organizations in upstate New York, including faith-based groups such as Catholic Workers, were arrested Sept. 25 at Hancock Airforce Base, the Nuclear Resister reported.

MQ-9 Reaper drones, which are flown over Afghanistan, are piloted from the New York base. In a citizen's war crime indictment posted on their website, members of the coalition contend that use of the drones violates international law, terrorizes communities, creates refugees, violates due process and generates hatred of the United States.

The activists were charged with trespassing and disorderly conduct after they blocked the entrance to the base with a 6-foot-high dollar sign dripping with fake blood and delivered their indictment to the chain of command. Activists also held a sign that read "Rich Man's Wars, Poor Peoples Blood."

The recent action is only the latest is a series of protests at the base, which have resulted in about 200 arrests since 2010. Past actions include a "Stop Drone Crucifixions" event on Good Friday 2017 and an enactment of the Nativity a few days before Christmas 2016, with a sign that read, "If Herod had drones, Jesus, Mary and Joseph would have been incinerated."

DES MOINES, IOWA — A group of protesters, including Des Moines Catholic Worker founder Frank Cordaro, are suing the World Food Prize Foundation and the state of Iowa for the right to protest the upcoming World Food Prize within sight and sound of the participants, The Des Moines Register reported Sept. 29.

The plaintiffs have protested the World Food Prize in past years to express concerns about environmental issues and biotechnology, but were confined to an area about 110 yards from the Iowa Capitol's entrance. When some attempted to leave the area and approach the building in 2016, they were arrested.

The lawsuit alleges that protesters are being denied their First Amendment right to free speech. It also says the Iowa Department of Administrative Services violates its own policy prohibiting private organizations from hanging signs from the Capitol or otherwise implying the state of Iowa endorses them.

The World Food Prize recognizes individuals who have improved the quality, quantity or availability of food in the world.

The meeting featured a speaker from the Iowa City Police Department, Officer Andrew McKnight, who specializes in crisis intervention and crisis negotiations. It also included a potluck and music by the Union City Band.

PEACE Iowa sponsors a weekly vigil for peace in Iowa City at the University of Iowa; hosts speakers, workshops and discussions; and offers resources for schools.