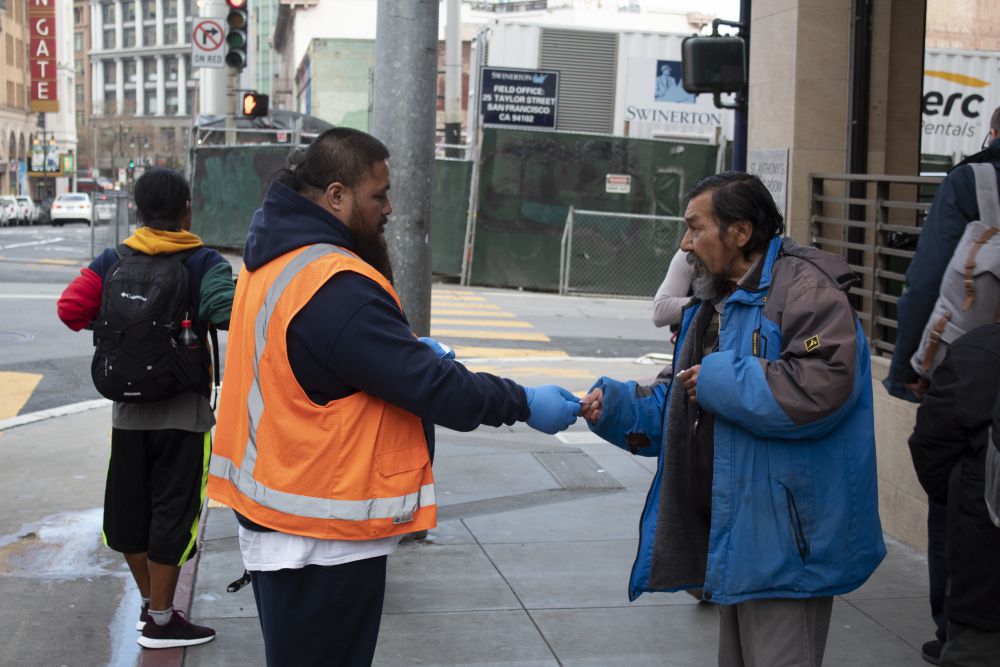 San Francisco's Tenderloin neighborhood is known for its rampant drug use, crime and homelessness. The police department made more than 600 cases against Tenderloin dealers in 2018, according to statistics shared on its Twitter feed. Police often report 60 to 80 arrests a week. Overdoses are common. And there were 17 shootings in the neighborhood in 2017.

But St. Anthony Foundation has cleaned up their block of the neighborhood in a different way — without law enforcement.

"We take in areas that are infested with crime, jails, homelessness, drug use and we're cleaning them up through partnerships and communication instead of using law enforcement," said Wayne Garnett, manager of St. Anthony's Client and Safety Services. 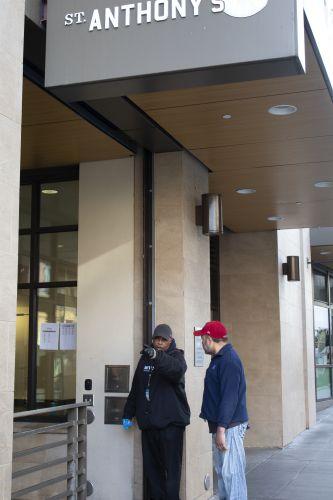 Their work at Client and Safety Services continues to fall under those Franciscan values — healing, community, personalism, justice and gratitude — and it all starts before sunrise.

Kenneth Humphrey, Client and Safety Services supervisor, and his team walk through the 100-block of Golden Gate Avenue tending to the needs of the homeless who sleep there. Sometimes it means helping them get services they need. Other times, it means administering Narcan, the opioid overdose antidote.

But whatever the need, by 6 a.m. the block is cleared and ready for children attending De Marillac Academy, a local Catholic school, staffers going to work and those who need to get to nearby nonprofits.

The team continues to keep the area clear and safe from drug deals and other crime until 6 p.m. This agreement is an unspoken rule among the community — and it works.

All staffers are trained in crisis prevention and crisis de-escalation. They work without judgement.

"We don't come in saying, 'What you do is bad, you have to get up out of here,' " Garnett said. "We take the view that everybody's a human being who are doing what they need to do to survive."

Even the drug dealers on the corner, he added, are just trying to survive.

And, as long as the community follows the agreement, they give them something in return for staying clear of their block during those hours — no police.

St. Anthony's isn't all talk, though; they show what they're about through their love for their community.

"We're here for them, too. Our services are for everybody," Garnett said, adding that it's important that the St. Anthony "doors are not shut" because of what someone does or has done in the past.

All those they encounter are referred to as "guests." Plus, many of the St. Anthony's staff come from similar backgrounds.

Humphrey began using drugs around the age of 12.

"I was one of those people out there on the streets living, eating out of garbage cans, just trying to survive any way I could," he said.

It wasn't until Humphrey was 38 years old and at his second drug and alcohol rehabilitation center, St. Anthony's, that he was able to get clean.

"When I got here, people were telling me that they love me and they didn't even know me," he said. "For me that really stuck into me because I was at a point in my life where I didn't love myself, let alone believe that anybody else loved me."

He said once he walked into St. Anthony's he never wanted to leave. He's been there since, now working for Client and Safety Services, for 10 years.

"People need us. People need to know that they're loved, that they're cared about and that there is help out there," Humphrey said. "And if we're not out here, who else is going to be there?"

St. Anthony's has been offering Client and Safety Services for about 20 years, but word is finally spreading.

About 20 miles away in Oakland, the First Congregational Church of Oakland pledged last year to stop calling the police, after multiple videos went viral of the aftermath of white Americans dialing 911 on African Americans for activities like napping in a Yale common room or having a barbecue, The Los Angeles Times reported.

The two churches aren't currently working together, but Brittany Hodge, associate director of learning and evaluation at St. Anthony's said they're getting plenty of phone calls. 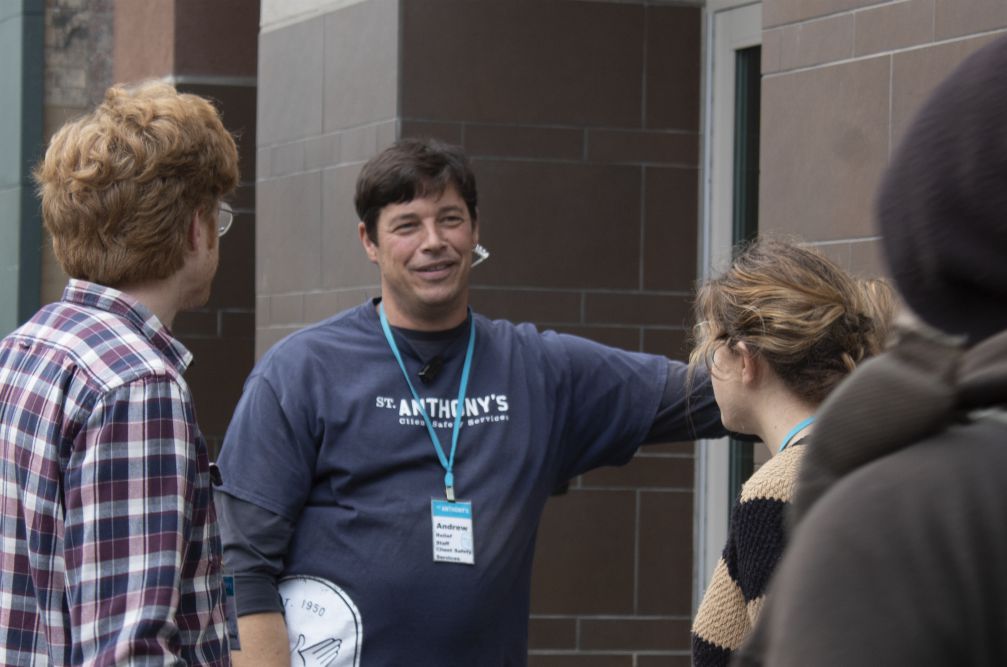 These calls inspired St. Anthony's to expand with the hopes of creating opportunities for others to learn what they do and how to do it in their own neighborhoods.

"Over time, I think people are going to want and need an alternative to security to provide the type of services that they need," Hodge said.

But thinking on this kind of scale was daunting.

Hodge and Garnett enlisted the help of Miller Center for Social Entrepreneurship at the Jesuit-run Santa Clara University in California.

During the event, Hodge realized one of their biggest hurdles is explaining this kind of program to someone who doesn't live in, or has never really experienced, a place with high crime like Tenderloin.

It wasn't easy, but she said her mentors at the program encouraged her to work through it, and eventually she was able to explain it all in under 90 seconds.

Even though she has down her "elevator pitch," there's still a lot to work through.

Hodge said they're hoping to put together a video to provide a visual representation, and they still need to create training guides.

The organization still has a lot to figure out before their program is up and running, but Hodge knows this solution isn't a quick fix to any community.

"It takes time for change to happen," she said. "It took two years for our city block to feel safe."