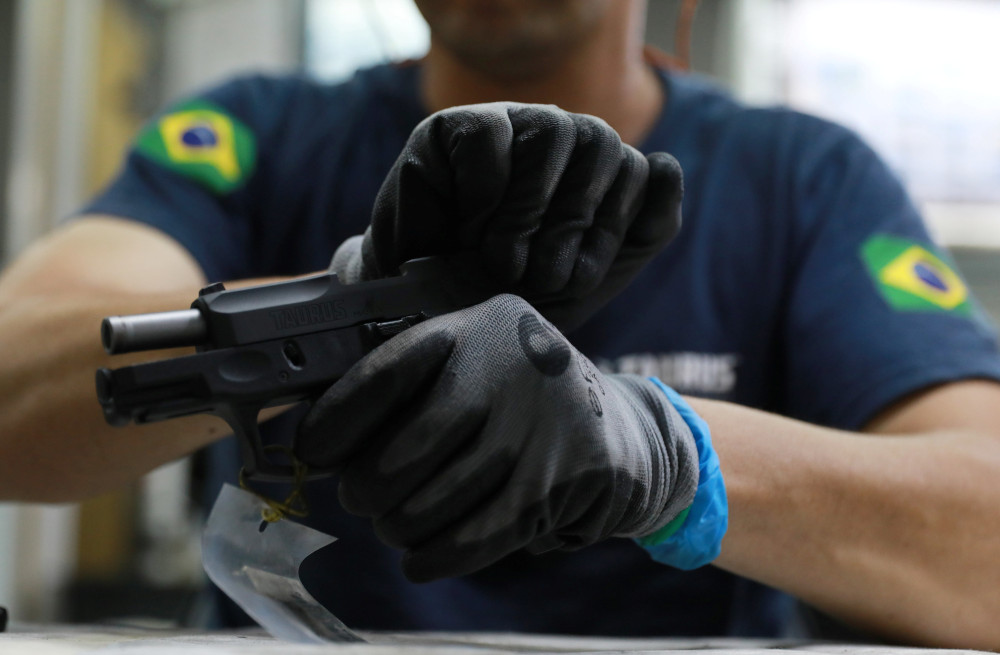 Brazilian President Jair Bolsonaro signed a decree in mid-January making it easier for Brazilians to purchase firearms. The decision sparked criticism from several groups in Brazilian society, including some in the Catholic Church.

"A firearm is an instrument of death. What we seek is peace," said Father James Crowe, known in the Jardim Angela neighborhood of Sao Paulo simply as Father Jaime.

"It is still high, but much lower than it was," he said.

In a 2005 plebiscite, Brazilians rejected a total prohibition of firearms for civilians, but an overwhelming number of residents of Jardim Angela supported the prohibition.

"We were one of the few regions in Sao Paulo that voted to ban guns altogether," recalled Father Jaime. Now, he said, people are once again scared of the possibility of increased violence because of the new decree.

"They are very worried that a mere traffic confrontation may lead to death, if one of the drivers has a gun," he said. 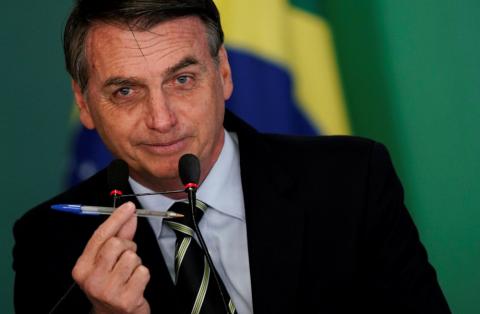 Brazilian President Jair Bolsonaro shows a pen during a Jan. 15 signing ceremony for the decree that eases gun restrictions in Brazil. The photo was taken at the Planalto Palace in Brasilia, Brazil. (CNS photo/Ueslei Marcelino, Reuters)

The new decree lifts the requirement that those wishing to purchase a firearm had to state a reason for the purchase, which in turn could or could not be accepted by police officials. The discretionary rule was substituted by much broader requirements, which make anyone over 25, with no mental disability or criminal record, able to register up to four firearms in their name.

"The president said now firearms would be available for the 'good guys'; but who are the 'good guys'? What qualifies one to be one of them?" Father Jaime asked.

After 32 years living in Jardim Angela, the priest, originally from Ireland, is wary that the "shoot-first-ask-questions-later" mentality will increase among residents.

Archbishop Murilo Ramos Krieger of Sao Salvador da Bahia, vice president of the Brazilian bishops' conference, said the problem lies not in any decree or law but in the lack of monitoring.

He also said the decree is not the most urgent issue Brazilian society needs to discuss at this time.

"The issue of public safety, yes, is serious and urgent. But let's not forget: We do not solve complex problems with simple answers (or proposals)," he said.

The archbishop and the priest said the discussion about gun ownership needs a long and thorough discussion. They said many parishioners voted for the new president, and many support the arms decree.

"There are priests whom I know who supported the measure and who suggest to parishioners to go out to the firing range and learn how to fire a weapon," said Father Jaime. "This is ironic, because we should preach peace, not death; preach the Gospel, not violence."