A new global coalition of clergy sexual abuse survivors and advocates aiming to push the Catholic Church to better protect minors is set to formally launch June 7 with a press conference in Geneva.

Ending Clergy Abuse, an organization made up of some of the most prominent voices on the issue from 15 countries, will specifically call on Pope Francis to more thoroughly investigate bishops who have mishandled abuse cases and to create a centralized Vatican process to hold them accountable.

José Andrés Murillo, the head of an organization in Chile that combats child abuse and who is taking part in the new endeavor, said the coalition is different from previous survivors' groups because its advocacy is focused on changing the church. 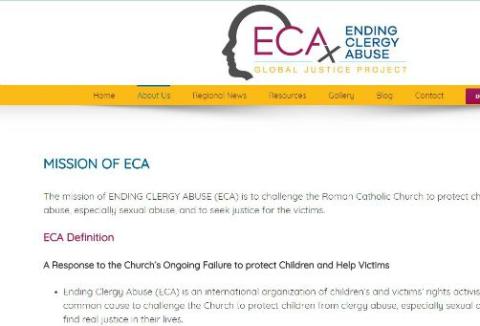 "We are not an organization of victims," said Murillo, one of three Chilean abuse victims who met the pope at the Vatican between April 30 and May 2. "We are a group of survivors, but also advocates and activists. We search for change. We're not searching for only justice, but we are searching for change."

Ending Clergy Abuse began last fall with the help of the late Barbara Blaine, founder of the Survivors Network of those Abused by Priests (SNAP). Murillo and three other advocates will officially announce the group June 7 at the Swiss Press Club, a short walk away from the United Nations Office in Geneva.

The advocates say that in the days before the press conference they have also been meeting with U.N. officials, partially to discuss two 2014 reports by separate U.N. panels that criticized the Vatican's handling of abuse.

In February 2014, the Committee on the Rights of the Child said the Vatican had adopted policies that led to "the continuation of the abuse and the impunity of the perpetrators." Later in May 2014, the Committee Against Torture urged the church to place "meaningful sanctions" on bishops who mishandle abuse accusations.

Francis will be visiting Geneva June 21 for the 70th anniversary of the World Council of Churches, which is headquartered in the city. He is not scheduled to meet U.N. officials during the one-day visit.

Murillo called the June 7 launch a symbolic action to bring the issue of abuse back into the spotlight at the international level.

"We want to be the voice of those who have no voice because their voices have been silenced by the trauma, by the abusers, and so many times, by the church," he said. "Maybe Geneva is a good symbolic place to start." 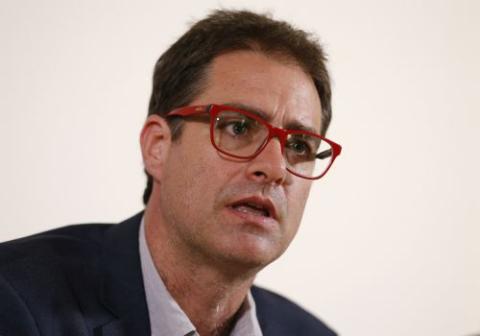 José Andres Murillo speaks to the media at the Foreign Press Association building in Rome May 2. (CNS/Paul Haring)

While the Vatican announced in 2015 that Francis had approved creation of a new church tribunal to judge bishops accused of mishandling abuse cases, that tribunal never came into existence.

The pope instead approved new norms in 2016 that gave several existing Vatican dicasteries the power to investigate bishops and initiate processes of removal, if warranted. Abuse advocates have questioned whether the church offices affected by the norms have since put them into action.

Murillo said he had spoken to Francis about Ending Clergy Abuse during their private meeting in Rome.

"He was very, very committed, very engaged with this fight," said Murillo. "We expect the pope will create some global policies to fight against the culture of abuse."