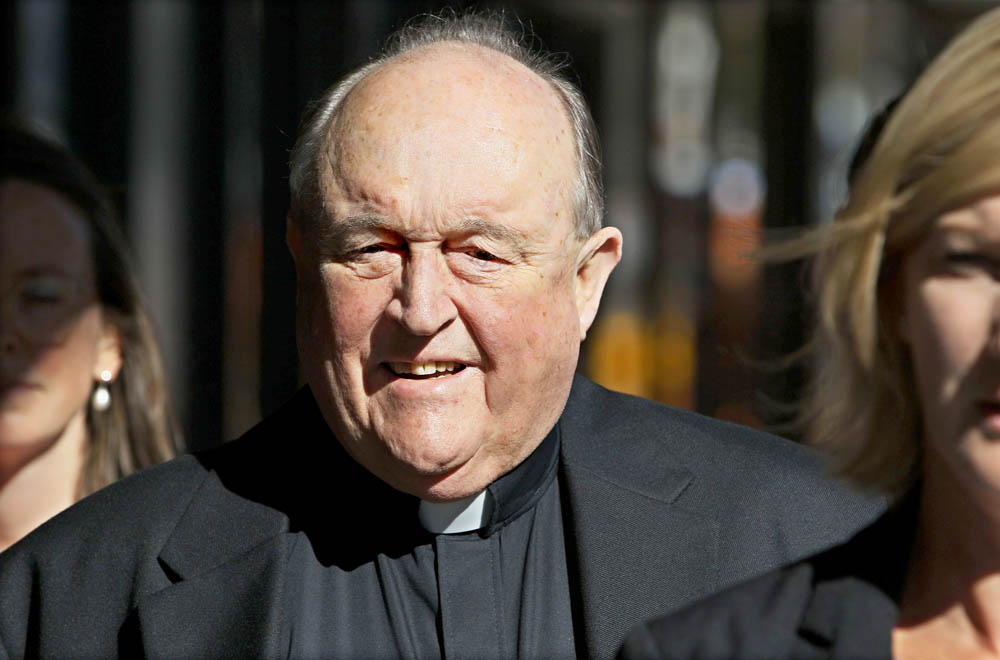 Pope Francis has been dealing over recent months with what has seemed like an unending saga of the Catholic clergy sexual abuse crisis in Chile.

After being criticized for saying abuse victims had committed "calumny" during his January visit to the country, the pope has since admitted making "serious mistakes," met with Chilean victims in Rome, and received offers of resignation from most of the country's bishops after a three-day group encounter at the Vatican.

But if Francis' response to clergy abuse in Chile has appeared unending, recent developments across the world indicate that an examination into how the global Catholic Church has handled — or, mishandled — sexual abuse is just beginning to ramp up.

These developments include: Two church officials being prosecuted in Australia, a local cardinal and the Vatican's doctrinal chief being ordered to stand trial in French court, a police raid on a Michigan diocese's chancery, a grand jury report on six dioceses in Pennsylvania, and nationwide inquiries in Australia, Scotland and England.

The litany of events has led some who have closely followed the church's response to abuse to speculate that we may be entering a new phase in the decadeslong crisis — one where local and national authorities in countries the world over are showing less hesitancy in holding church leaders to account.

"The prosecutions of members of the hierarchy that would not have happened even a decade ago indicate that we are in a new era," said Marci Hamilton, a noted lawyer and children's rights advocate.

"Before the scandal became public, prosecutors often assumed that it would not be in their interests or anybody else's interests to prosecute even priests or hierarchy," said Hamilton, CEO of the think tank CHILD USA. "But the more facts that have come out ... prosecutors are changing their calculus."

Marie Collins, an Irish abuse survivor who resigned from Francis's papal abuse commission in 2017 over frustration with Vatican officials, said simply: "We are at a new point."

"The more it is seen that the church is refusing to hold accountable its bishops, the more secular powers will move in and see it is done," she said.

The highest profile prosecutions of church figures have come in Australia.

Cardinal George Pell, an Australian appointed by Francis to lead the Vatican's new streamlined financial office in 2014, returned to his native country in June 2017 after being charged with historic allegations of abuse.

This May 1, Magistrate Belinda Wallington ordered Pell to stand trial on some of the charges, to which the cardinal has pleaded not guilty.

Archbishop Philip Wilson, who leads the church in south Australia's coastal center of Adelaide, was found guilty May 22 of neglecting to report clergy sexual abuse as a priest in the 1970s.

Wilson stood aside from day-to-day management of his archdiocese May 25; the pope appointed an apostolic administrator to take over June 3.

Francis Sullivan, who led the Australian Catholic Church's response to a recently concluded five-year national inquiry into institutional child abuse, said that in his country, "The atmosphere around the scrutiny of the church is far more rigorous now and there's less tolerance for the foibles of the church."

"Government authorities, police and others, are demonstrating an increased preparedness to basically hold the church to account," said Sullivan, the former CEO of Australia's now folded Truth, Justice and Healing Council.

In France, Lyon Cardinal Philippe Barbarin has been ordered to stand trial next January alongside Cardinal-designate Luis Ladaria, the head of the Vatican's Congregation for the Doctrine of the Faith, and five other church officials. They are charged with not reporting knowledge of abuse by a priest to authorities. 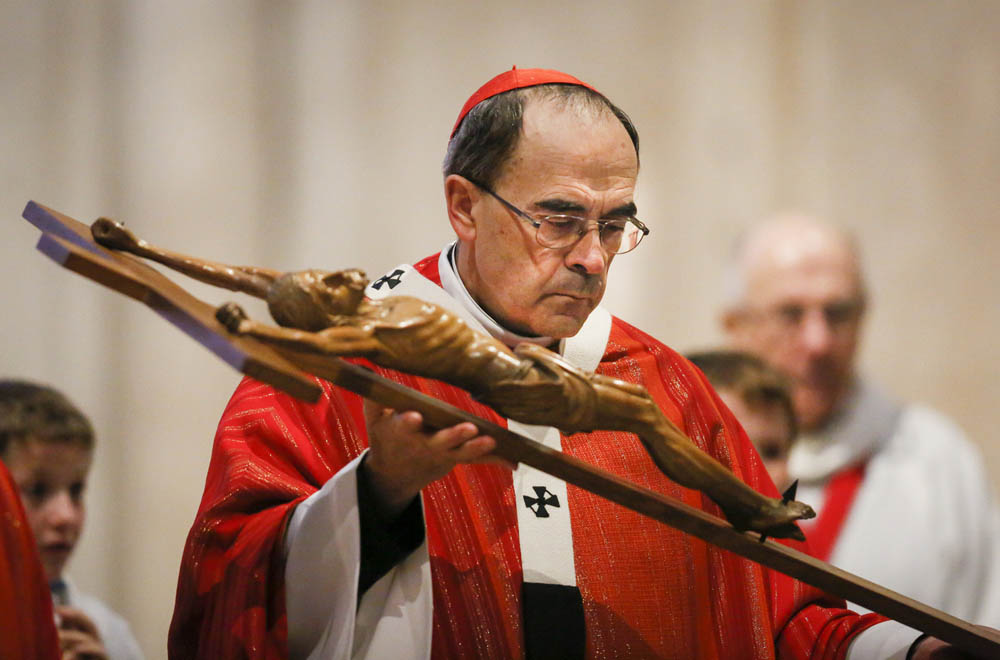 Anne Barrett Doyle, co-director of abuse tracking website BishopAccountability.org, said the Australian and French cases show that "even the most senior church officials are being treated as fellow citizens."

"The separation of church and state no longer means that religions can do things with impunity," she said. "There's a notion of accountability that has entered there that I think is really appropriate."

"Prosecutors ... increasingly are treating bishops and other church leaders as fellow citizens, not an untouchable species," she added.

Beyond prosecutions, several national governments have instituted special commissions to look into how institutions have handled claims of child sexual abuse. The most notable also comes from Australia, where the Royal Commission, which began in 2012, wrapped up its work in December.

The commission concluded with the release of a 17-volume final report that included 189 recommendations for understanding abuse, keeping children safe, and addressing particular religious and societal institutions.

The group's 21 recommendations for the Catholic Church touched on a vast range of subjects, from how bishops are appointed, to the way canon law designates the age of minors, to the church's practice of celibacy for priests.

Sullivan, who had served 14 years as CEO of Catholic Health Australia before taking up the role spearheading the church's response to the commission, said the inquiry wanted to indicate "areas of concern" about the structure of the Catholic Church.

"What it says more broadly is that ... the structural-cultural issues of the church is where the heart of the problem is on abuse," said Sullivan. "It's not about the bad eggs in the bunch, it's the fact that the bunch tolerate bad eggs."

"Why was there a permissiveness in the culture?" Sullivan summarized the commission's line of inquiry. "Why has there been a sort of hesitancy, if not an aversion, to examining the depths of clericalism?"

Barrett Doyle, whose organization has documented records of abuse in dioceses across the world, called the commission's recommendations "very appropriate."

"I think that they're trying to better keep the church in its proper place," she said. "Religions are communities of believers and their conduct ... should not be allowed to do harm. And if they have certain traditions or rules that do harm, then the secular society has to push back."

Two other nationwide inquiries that may come to involve questions about the Catholic Church's handling of abuse are taking place now.

In England, reports have suggested that Westminster Cardinal Vincent Nichols may be called to give testimony for the Independent Inquiry into Child Sexual Abuse, which was set up by the British government in 2014 after the revelations of abuse by prominent media personality Jimmy Savile.

In Scotland, retired Glasgow Archbishop Mario Conti is expected to testify to the Scottish Child Abuse Inquiry, set up by the devolved Scottish government in 2015.

Meanwhile in the U.S., the Pennsylvania attorney general's office is completing an investigation into six of the state's eight dioceses. The final report from the inquiry, purported to be some 800 pages in length, is expected to be released within weeks.

Hamilton, who is also the Fox Professor of Practice at the University of Pennsylvania, said she thought the Australian authorities' decision to prosecute Pell has influenced prosecutors in the U.S. to watch over church officials more aggressively.

"I honestly think that the Cardinal Pell prosecution ... has changed prosecutors' minds here in the United States that there really isn't a political peril in prosecuting [bishops]," Hamilton said.

"But I also think it's this rising tide of understanding," she continued. "The more people understand the shape and the extent of the crisis, the more willingness there is for prosecutors to extend their resources and go after the hierarchy."

"I think that the church now has to be understood in the context of every other organization with these problems. And it needs to come to understand that it's really not special in this arena."

Sullivan said that church leaders should welcome investigations into its conduct by outside authorities.

"The days of the church investigating itself are over," he said. "Because it can't do it. It can't take the objective view."

He said that what struck him most about the Australian commission's line of inquiry was that it went beyond what happened with the church's response to abuse to why it happened.

"Ultimately, people always ask why," said Sullivan. "It's the why question that I think should preoccupy very much the considerations of people in the Vatican."

Collins, who is also the founder of a UK-based foundation that helps abuse survivors and works with agencies to protect children, said the church "has failed to realize that times and attitudes are changing and in many countries their leaders are no longer seen as entitled to special privileges."

"In not taking strong action against men who protect abusers they have left it open for others to step in and do it for them," she said.

A version of this story appeared in the June 29-July 12, 2018 print issue under the headline: Legal moves signal new phase in abuse crisis.