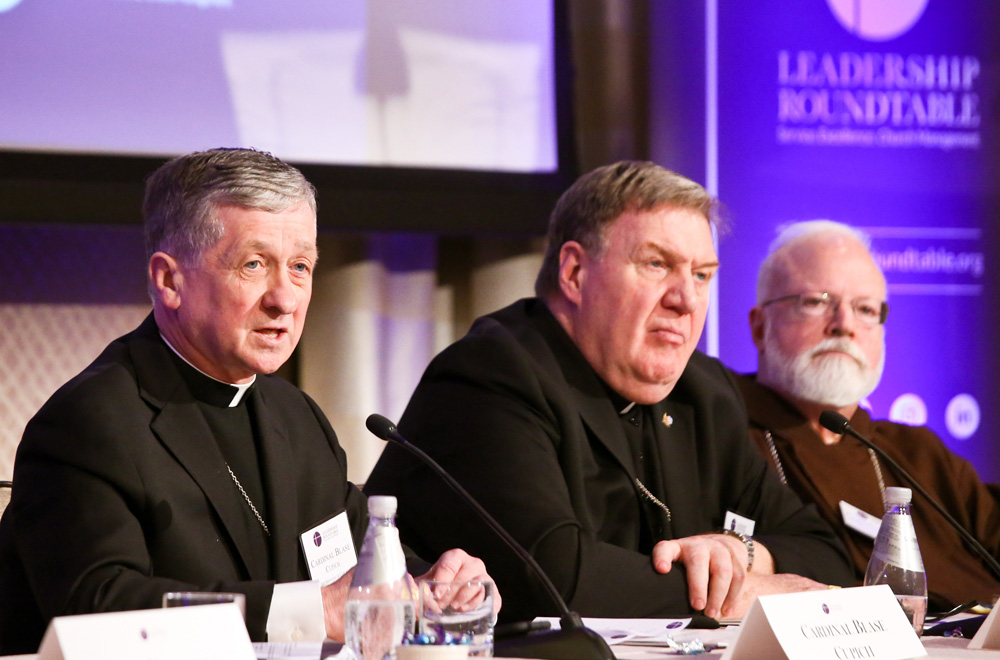 Just days after the close of the Vatican abuse summit, a prominent U.S. Catholic group has released wide-ranging recommendations to address what it calls the "twin crises" of sexual abuse and leadership failures in the church.

The recommendations were part of a report Friday from the Leadership Roundtable, a coalition of laity, religious and clergy to promote best practices in church management. The proposals are aimed simultaneously at reforming the structures and the clerical culture that permitted sexual abuse of children and vulnerable adults to persist and go unreported for decades.

Among the report's more than 50 recommendations is to place bishops under the Charter for the Protection of Children and Young People, also known as the Dallas Charter, and strengthen its audit process, as well as:

"Leadership Roundtable calls upon Catholic leaders to take swift and bold action," Kim Smolik, its CEO, said in a press release. "The recommendations included in this report demonstrate how we can create a new culture of leadership, as well as a new culture of how to respond to abuse. Both are necessary if our Church is to address the root causes of these crises and bring forth recovery and reform."

The report comes five days after the conclusion of the global summit on sexual abuse Pope Francis held at the Vatican and a month after Leadership Roundtable hosted its own two-day meeting on the clergy sexual abuse crisis. More than 200 Catholic leaders attended that gathering in Washington, D.C., including Cardinals Joseph Tobin, Blase Cupich and Sean O'Malley; the latter two also took part in the Vatican summit, as did Jesuit Fr. Hans Zollner, head of the Vatican's child protection office.

That meeting's discussions provided the basis for the Leadership Roundtable report. The church management group developed its recommendations around three categories — accountability, co-responsibility, transparency — to align with similar themes that guided the Vatican summit.

The report identified root causes of the two crises as clericalism, a lack of bishop accountability and transparency, as well as the lack of synodality and lay involvement in co-responsible governance structures.

"Not only are new structures needed to move bishops beyond their isolation and unilateral decision-making, but to improve the relationship and communications between bishops, priests, and laity," the report said.

The report divides its sweeping recommendations into two areas: responding to sexual abuse and creating new leadership. It directs those recommendations to the U.S. Conference of Catholic Bishops, bishops and lay leaders. Many of the proposals overlap among those three groups, in a way highlighting the new leadership models and co-responsibility the group concludes is necessary to truly address the abuse crisis and change church culture.

To facilitate a new leadership culture, the Leadership Roundtable recommended the church infuse synodality at all levels through increased and intentional lay involvement in decision-making and leadership, including on clergy personnel boards, ongoing clergy formation and through governance structures "with layered checks, balances, and oversight."

As for addressing the role clericalism has played in exacerbating sexual abuse in the church, the report suggests that the U.S. bishops' conference and lay leaders together "revise the theology of priesthood and priestly identity to reflect servant Leadership."

It also called for 360-degree assessment for bishops and all Catholic leaders, beginning in seminaries and ministerial programs. In terms of bishop selection, it proposes "a genuine discernment process" that includes laity and clergy. Likewise, it suggests greater collaboration in bishop successions.

The Leadership Roundtable lent support to several initiatives that the U.S. bishops considered at their November meeting. They included the creation of a third-party reporting system for abuse, harassment or misconduct by any church leader, and the establishment of national or metropolitan lay-led, independent entities to address misconduct by bishops. In addition, the report calls for the completion and publication of the investigations surrounding former cardinal Theodore McCarrick.

The Leadership Roundtable also recommended that the bishops' conference, in collaboration with clergy and lay experts, write a code of conduct for bishops, and revise the Dallas Charter to apply to bishops. That idea was recently endorsed by National Review Board chair Francesco Cesareo. Bishops, however, have long rejected such a move, arguing that under canon law only the Vatican, via the pope, has the authority to discipline bishops.

Other accountability proposals would:

The Leadership Roundtable also proposed a commitment by the church at the national or diocesan levels to convene truth and reconciliation commissions on the sexual abuse and its cover-up.

In terms of transparency, the report recommended all dioceses commit to independent reviews of all files, including within dioceses, religious communities and seminaries. Since the August release of the Pennsylvania grand jury report, dozens of dioceses have taken steps to publish lists of credibly accused priests, though abuse survivors and their advocates have questioned their completeness in numerous cases. The report also suggested a coordinated national release of names of credibly accused abusers "to prevent ongoing trauma that happens each time more names are released."

Following Francis' directive for regional task forces to assist in implementing abuse prevention guidelines, the Leadership Roundtable proposed the creation of two task forces in the U.S., one to address recovery and the other to address reform, to oversee implementation of the recommendations.

A version of this story appeared in the March 22-April 4, 2019 print issue under the headline: Leadership Roundtable releases recommendations.