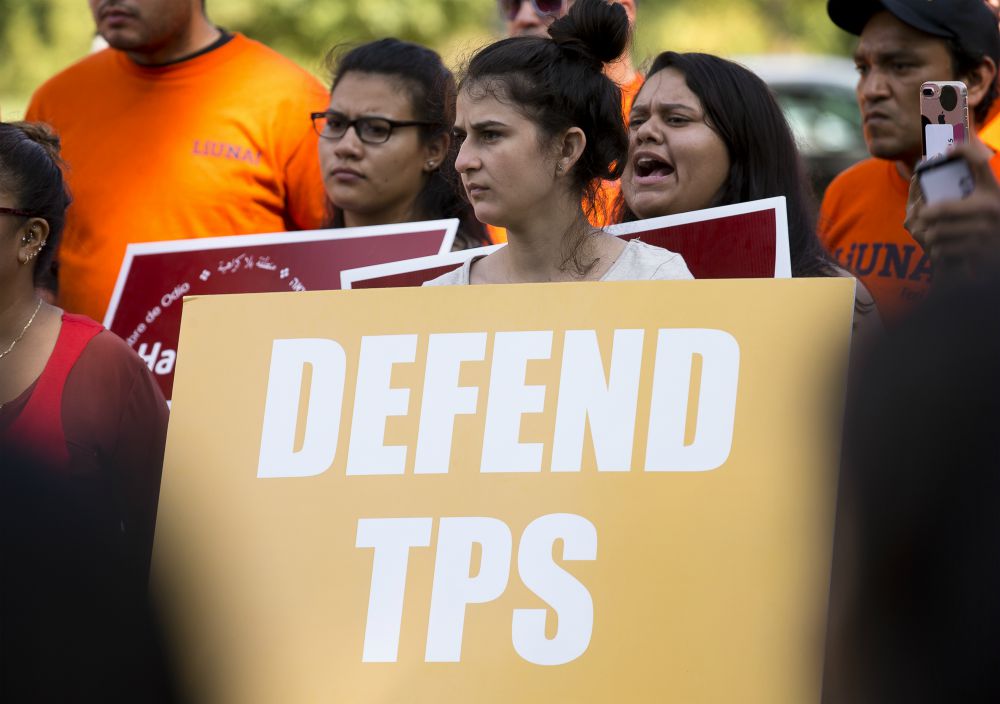 A woman holds a sign showing her support for Temporary Protected Status, or TPS, during a rally near the U.S. Capitol in Washington Sept. 26. (CNS/Tyler Orsburn)

The decision "is a cruel and ultimately short-sighted action that — in addition to disrupting the lives of thousands of families that help make the United States vibrant — will harm the country and the region," said Jeanne Atkinson, executive director of the Catholic Legal Immigration Network, Inc. (CLINIC) in a press release.

Temporary Protected Status, established under the Immigration and Nationality Act of 1990, allows immigrants from countries that are experiencing violence, natural disasters or other dangerous and temporary conditions to remain in the U.S. with permission to work as long as the Department of Homeland Security designates their country as too dangerous to receive them.

Currently residents of 10 countries have Temporary Protected Status; immigrants who receive the status must have resided in the U.S. continuously since before the designation was made and pass a criminal background check.

On the deadline for deciding whether to terminate the status for Nicaragua and Honduras or extend it for 6, 12 or 18 months, Duke announced that Nicaragua will lose its Temporary Protected Status designation Jan. 5, 2019, and that she had not reached a decision on Honduras, an unusual choice that by law results in an automatic six-month extension, which starts Jan. 5, 2018.

Belinda Osario, a Temporary Protected Status holder from Honduras, described the lack of decision as "cruel" during a Nov. 7 press call.

"Yesterday when we were waiting on the decision, the whole day was like a torture," she said. "Every day of this six months is going to be a torture because we don't know what's going to happen."

The administration's decision to end Temporary Protected Status for Sudan and concerns that decisions are becoming politicized contribute to fears that immigrants will be returned to countries that are still dangerous.

Royce Murray, policy director of the American Immigration Council, said that the non-decision on Honduras seems to reflect a tension between political pressures and attention to country conditions. "The fact that this was not a termination when many expected it could be for political reasons is an indication that country conditions matter more than we thought," she said.

Advocates continue to ask the administration to recognize the severity of conditions in countries at risk of losing Temporary Protected Status.

The administration may consider dangerous conditions other than the original reason for designation, Jill Marie Bussey, director of advocacy for CLINIC, told NCR, because "at the heart of this statute is that … we have an obligation not to return people to a situation that could potentially lead to their imminent death."

Honduras and El Salvador have among the highest murder rates in the world, said Oscar Chacón, executive director of Alianza Americas and Daniel Restrepo, senior fellow at the Center for American Progress, during the press call. 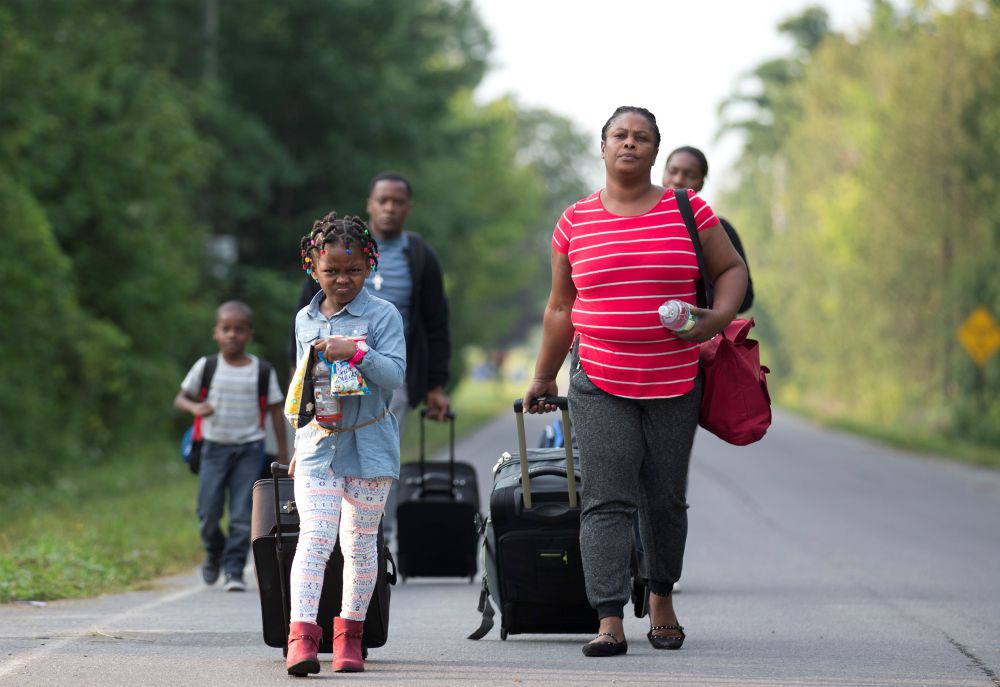 Briefings from CLINIC on both countries, and an Oct. 31 letter from a coalition of Catholic groups including Catholic Relief Services and the U.S. bishops' Committee on Migration, support the claim that violence, food insecurity and economic conditions make Honduras and El Salvador too dangerous for Temporary Protected Status holders to return.

A report from CLINIC also highlights the dangers in Haiti, which is suffering from a food crisis, a cholera epidemic brought on by lack of clean water, loss of housing infrastructure and the impact of hurricanes Irma and Maria.

Fear of returning is so great, Bussey said, that about 8,000 Haitians living in the U.S. fled to Canada to seek asylum worried that their Temporary Protected Status will not be extended past January.

"They know that there's no housing, that in Haiti there are no jobs there, the cholera epidemic is quite rampant now. There's food shortages," Bussey said. "And they know this because they're working in the U.S. not just to provide for themselves and their families here. … They're providing for their families in Haiti."

These remittances sent home by Temporary Protected Status holders from Haiti and Central America are an important boost to the countries' economies which help keep them stable, both Bussey and Chacón said, improving the stability of the region which includes the U.S.

Advocates also worry about individual Temporary Protected Status holders who would not want to leave even if their country conditions improved due to their strong ties to the U.S.; many status holders have children who are U.S. citizens, jobs and mortgages.

While they support extending Temporary Protected Status for 18 months, advocates are also calling for a path to permanent residency for status holders. A bipartisan group of lawmakers in the House of Representatives from South Florida has proposed legislation that would allow Temporary Protected Status holders from Haiti, El Salvador, Honduras and Nicaragua to stay in the U.S. on a permanent basis.

Temporary Protected Status holders "are asking for … this administration to make the right decision to extend," said Bussey. "But they're also saying we can't continue to live this way. You know, living your life in 6-month increments or 12-month increments is no way for people to live."

Congress has an obligation to "recognize that these communities stopped being temporary a long time ago," said Chacón, later adding that we need to recognize "how much these communities are really deeply embedded in U.S. society."

"I'm not leaving," she said. "I'm not going to take my 14-year-old boy to a dangerous country where he will be a target for gang members. … I'm not leaving, no matter what happens."