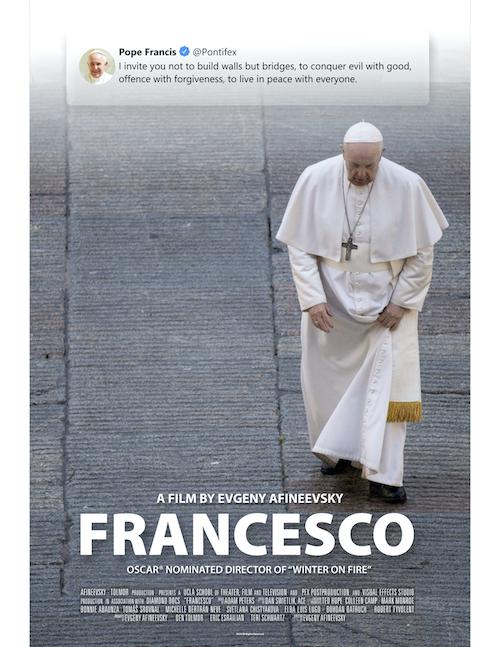 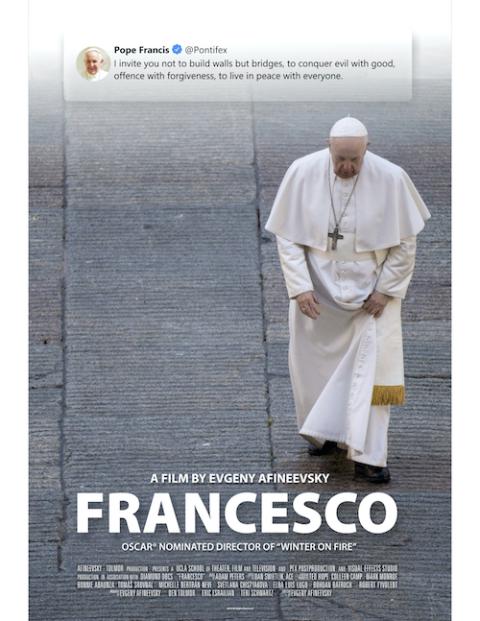 Pope Francis expresses support for the creation of civil union laws for same-sex couples as part of a new documentary about his seven-year papacy, which is premiering in Rome Oct. 21. But his comments on the matter appear an affirmation of previously articulated views.

In the documentary, titled "Francesco," Francis says that gay people are "children of God" and "have a right to be part of the family." The pope then suggests that civil union laws may provide a way for countries to protect the legal rights of persons in same-sex relationships.

Although the EWTN-owned Catholic News Agency reported that Francis' words were a "departing" from his previous teachings, the pontiff has previously spoken in favor of civil unions at least twice as a way to differentiate between Catholic marriage and relationships recognized by state authorities.

Francis expressed such a view in 2017 as part of an interview with the French author Dominique Wolton. Asked then about the possibility of marriage for same-sex couples, the pope replied: "Let's call this 'civil unions.' We do not joke around with truth."

The pope also spoke about civil unions in a 2014 interview with the Italian newspaper Corriere della Sera, in which he acknowledged that states passing civil union laws were primarily doing so in order to provide same-sex partners legal rights.

The new documentary "Francesco," which is directed by Evgeny Afineevsky, focuses most on how Francis has affected people he has met as pope in various places across the world.

The question of civil unions comes up in the film in a segment that features Andrea Rubera, a gay Italian man who was able to participate in one of the pope's daily Masses in the Vatican's Santa Marta residence.

Rubera says that he gave Francis a letter that explained conversations he and his partner were having over whether to take their children to church, fearing they might be subject to unfair judgment as children of a gay couple.

Rubera says the pope later called him, and encouraged them take their children to church and to be honest with the pastor about their living situation.

In an interview with the filmmakers during that segment, Francis mentions civil union laws, adding: "I supported that."

Those last words appear an acknowledgement of the role then-Cardinal Jorge Bergoglio played as archbishop of Buenos Aires in urging the bishops of Argentina to support civil unions.

As The New York Times reported in March 2013, Bergoglio was a key behind-the-scenes negotiator during a tense period in 2010 when the Argentinian government was considering whether to allow same-sex marriage. The cardinal reportedly suggested that the bishops instead seek passage of a civil union law, angering many of his peers in the episcopate.