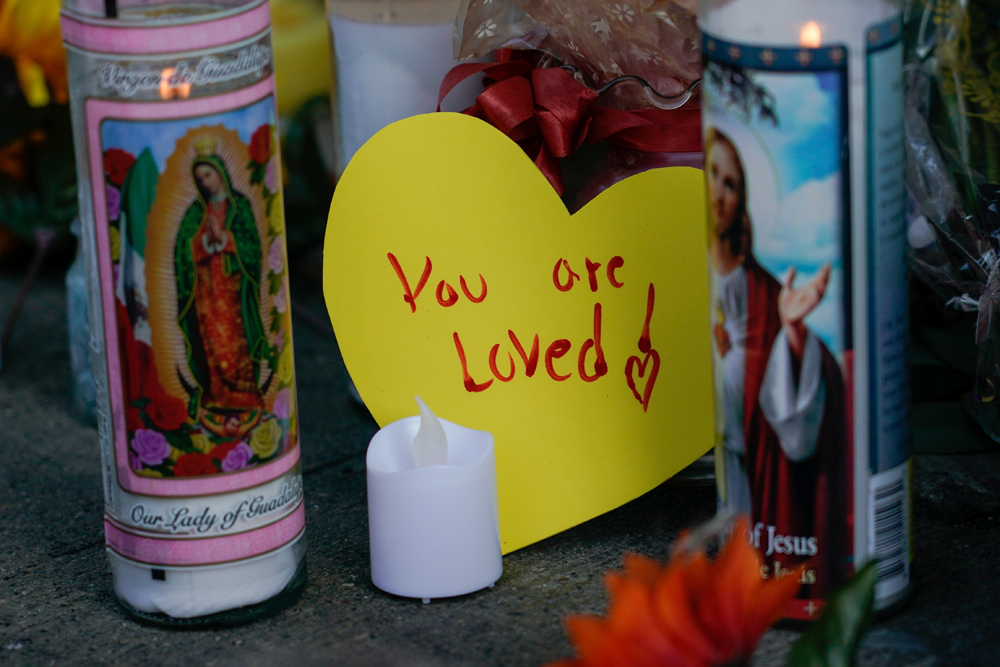 Candles with images of Our Lady of Guadalupe and Christ are seen Aug. 5, 2019, as part of a memorial at the scene of the mass shooting in Dayton, Ohio. (CNS/Bryan Woolston, Reuters)

This is your very first letter from your Nonna. I still have all the letters my Nonna wrote to me, and I read them sometimes when I need to hear her voice and remember her strength and love and humor.

It is August 2019, and you are 4 years and 5 months old.  One year ago, you had surgery to repair your spine at Seattle Children's Hospital, and it was very scary for your Momma and Daddy, and for all of us who love you.  The first month was the worst, because you were so scared and in pain, until they got your body cast right. After that, you started to be your happy, sassy self once more, and we all could laugh and breathe again.

Even though you are a really big girl now, and use the toilet instead of diapers, and drink from a cup and not a bottle, and ride in a big kid's car seat and not a baby one, you are still kind of small. You are great at your colors and shapes and numbers and letters (OK, you always skip the number 15 when you count, but there is time), you have only learned to read a couple of words so far, like your name, and mine:  M-A-R-Y and N-O-N-N-A.

And as much as you think you want to be all grown up right now, I find that I am happy that you can't read yet or understand what the people are saying on the news. Because some very scary things are happening in our country right now.  And it makes me sad and ashamed that this is the world we are handing over to you, our children and grandchildren.  It is so broken and dangerous. I know you think Nonna can fix anything, and I sure try, but all I can say about what is going on is that I am so sorry.

Yesterday, when I was at Mass with Papa Dan and Uncle Nick, for the very first time I found myself planning what I would do if a bad person showed up and tried to hurt us with a gun.  Instead of listening to the words and music in church that usually give me so much comfort, I was imagining how I would react to protect Uncle Nick and Papa, and the families with children who were sitting all around us. I was hoping I would be quick, and brave. 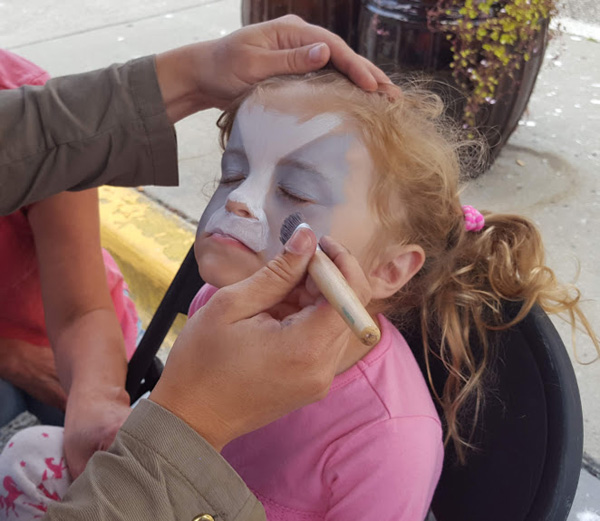 And then after church, Papa and I took Uncle Nick to the Arts Festival in Anacortes. Do you remember that we took you last year, the day before your surgery? You had your face painted like a sort of pink cat-butterfly, and you held so perfectly still while the lady brushed the colors over your eyes and cheeks, I thought you had fallen asleep?  And we had ice cream cones, and then you asked for those tiny doughnuts — "Sugar, sugar, sugar!" — but I said, "No Way, Jose"?

Well, I remembered those things while we walked around looking at all the different booths filled with beautiful colorful art, and I missed holding your hand and walking with you. But I also found myself sort of glad that you weren't with us this year, because I kept watching the rooftops and side streets of the fair, scanning the perimeter for bad people who might try to hurt us in the crowd with a gun.

And again, I was planning what I would do to protect Uncle Nick and Papa, and myself, and anyone else around me that I could help. Again, I prayed that I would not freeze in fear, but be quick and brave and make a difference. I have never worried about that before, not in my whole life, and as you said the other day, I am "getting pretty old." 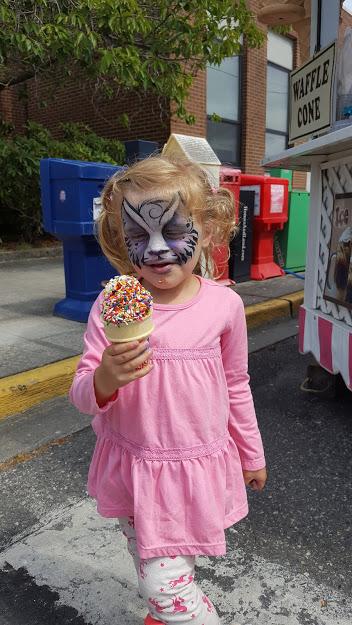 And when we came home, I remembered that when I was a teacher in college, I had a student in my writing class and he had the coolest name: Dream Atallah. And I remember him clearly for two reasons: He was unusually beautiful — he looked a lot like a Disney prince, or as if the teenage Bambi with his long limbs and huge eyes were turned into a person — and he had lived through an unusual amount of violence in his short life.

Dream was from a place called Lebanon, and on the first day of school, as we all introduced ourselves around the room, I asked him to tell the class what growing up there was like. I will never forget what he said, because he said it like it was normal.

He said that when the bombing started, he and his family gathered what they could and went up to the mountains and lived in a cave. They would stay there until the bombing stopped, then they would come back to their town to see if their home was still there, if their work and school still existed, and who of their friends and family members were still alive. And they would start over with whatever and whomever was left, and then it would happen again, over and over and over.

And he said that when you walked back and forth to school, or to the market, you had to watch out for snipers and land mines, because sometimes you went out, but you came home without your arm or leg, or you never came back at all. He explained that he had already completed his mandatory two years in the army, and he had been taught how to use automatic weapons and grenades when he was a little boy. He said he was excited about being in America, so he could go to school and be safe, but that he missed the food, and the music, and his family at home in Lebanon.

And I remember after he was done talking, I looked at the other kids in the class, and their mouths were hanging open, and their eyes were big. I asked if anyone had any questions, but they were just silent.

I remember feeling so lucky and blessed that where we live, we didn't have to worry about being shot or blown up. How spoiled we were, really, to get to feel so safe when we went to church, or the movies, or a street fair. But I am sorry to tell you that I don't feel that way anymore, Mary. And I don't know if there is an easy answer, and I want so badly to fix it for you, but I don't know how.

I am glad you can't read this letter yet, because you are only 4, and I want you to get to be a blissful, bossy, sweet, silly, smart, kind and innocent child for as long as possible. But I also want you to be safe, and strong, and brave, and quick to react. Because I don't know how the parents and grandparents of children who have been shot and killed at school keep breathing. I don't understand how the families of people who went to a street fair or concert or church or just out grocery shopping, then never came back, can go on.  And it keeps happening, over and over and over.

I am full of grief and rage and helplessness for those people, Mary.  And I don't want you to be one of them, or your Momma and Daddy, or Papa and Uncle Nick, or anyone we love. I used to feel safe here, but now I don't. And I don't know how to fix it. For you. For me. For everyone.  I love you, forever and then some. And I am sorry.

Editor's note: We can send you an email alert every time a new Notes from Nonna column is posted to NCRonline.org. Sign up here.