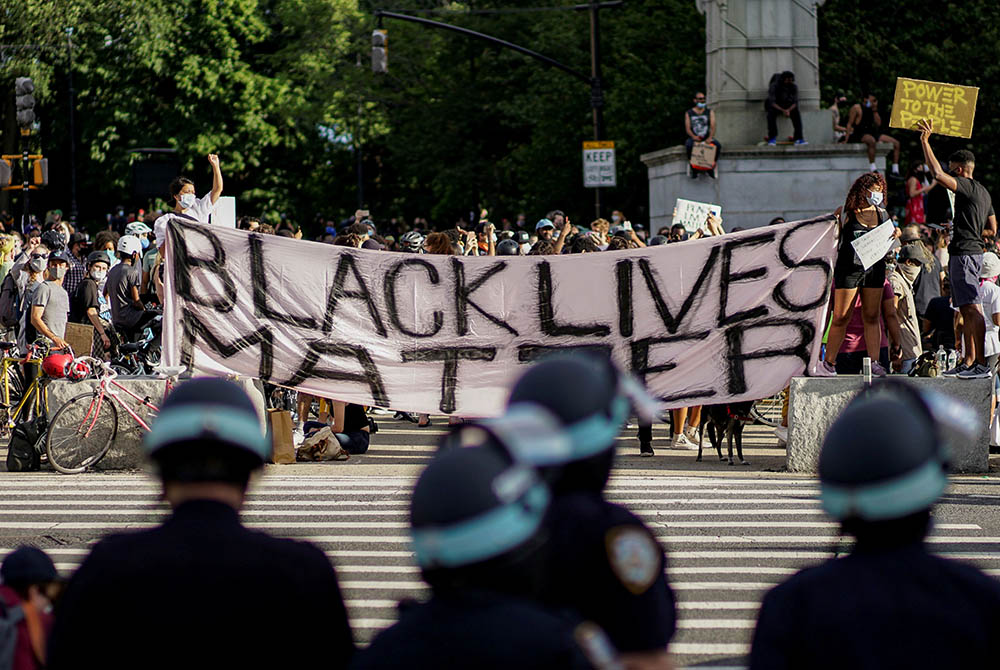 Fr. Aidan McAleenan, a priest of the Diocese of Oakland, California, has called Bishop Michael Barber a liar and a racist, while arguing that the American bishops lack support for the Black Lives Matter movement because they are overly sensitive to the concerns of their white parishioners. The pastor of St. Columba Church in Oakland, made his remarks via a Facebook video shot outside his parish church June 14. Barber is bishop of Oakland and his boss.

"The bishops of the United States have their knee on the neck of the people of God, the church. We need as a church to be able to breathe," McAleenan said in the video, using a metaphor resonating as a reference to the May 25 killing of George Floyd by Minneapolis police.

In a tone that varied from matter-of-fact to impassioned, and that sometimes brought him close to tears, he said his congregation was angry after the killing of Floyd. McAleenan, who is white and a native of Ireland, said, "I didn't know what to do or say."

McAleenan was ordained in 2005 and has promoted St. Columba as a church devoted to social justice causes, including efforts against racism and violence. He has been pastor there since 2008.

In response to parish discussions on racial justice issues after the killing of Floyd, McAleenan emailed Barber and asked for a statement. He said the bishop didn't respond to that request, evidence, he said, that Barber "doesn't like the black church."

In his Pentecost Sunday homily, McAleenan, who described the talk in his video statement, castigated the U.S. bishops for not paying attention to the concerns of black Catholics. He said the Catholic Church in the United States has a long history of racism, dating to slaveholding bishops and religious communities before the Civil War.

"The bishops of the United States are all about white European sensibility," he said, and they are not listening to black Catholics and others. "There is systemic racism and people are really hurting." 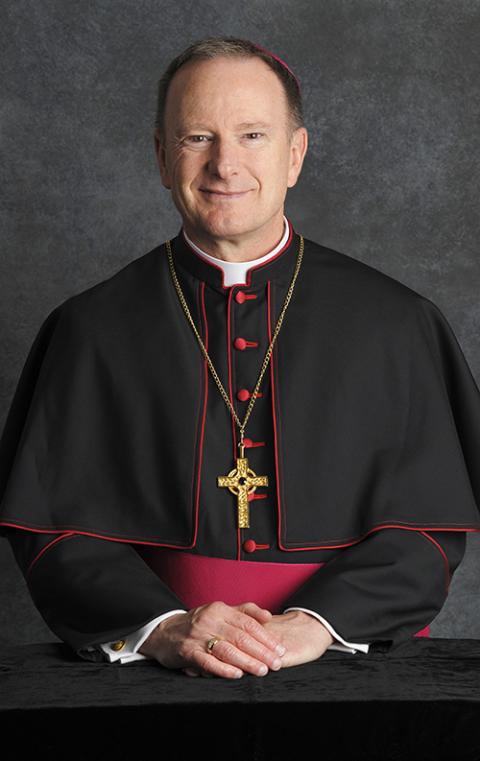 According to the pastor, Barber called him for a meeting at the chancery offices, stating he wanted to speak to McAleenan about his request for a sabbatical. Instead, said McAleenan, he pressured the priest to promote a merger of St. Columba's with another nearby parish and complained about McAleenan's Pentecost homily. The priest accused the bishop of lying about the purpose of the meeting.

McAleenan said he responded, "It's up to the people of God what they want to do," stating he would first have to consult with his parishioners. Barber did not like that response, he said.

He said that Barber is surrounded "by right-wingers" and, like President Donald Trump, only wants to hear views that reinforce his own, "people like himself — culture warriors." Barber, in his role as head of the U.S. bishops' conference committee on Catholic education, was among bishops on a phone call linkup with Trump April 25, which was later criticized by some for its campaign rally atmosphere, including positive remarks about the president from Cardinal Timothy Dolan of New York.

McAleenan said that Barber told him that black people should be happy with the way the church in the United States has treated them.

The priest called upon Pope Francis to remove three Northern California bishops — Barber, San Francisco Archbishop Salvatore Cordileone, who previously served in Oakland, and Robert Vasa of Santa Rosa — because they do not relate to much of their flock.

"We have three bishops in the Bay Area who are not suited to the people of God on the left coast of America," he said.

Helen Osman, a spokesperson for the Oakland Diocese, said in an email statement that Barber was aware of the comments but "prefers to answer these concerns in a private conversation with Father McAleenan."

McAleenan did not respond to a June 16 call from NCR.