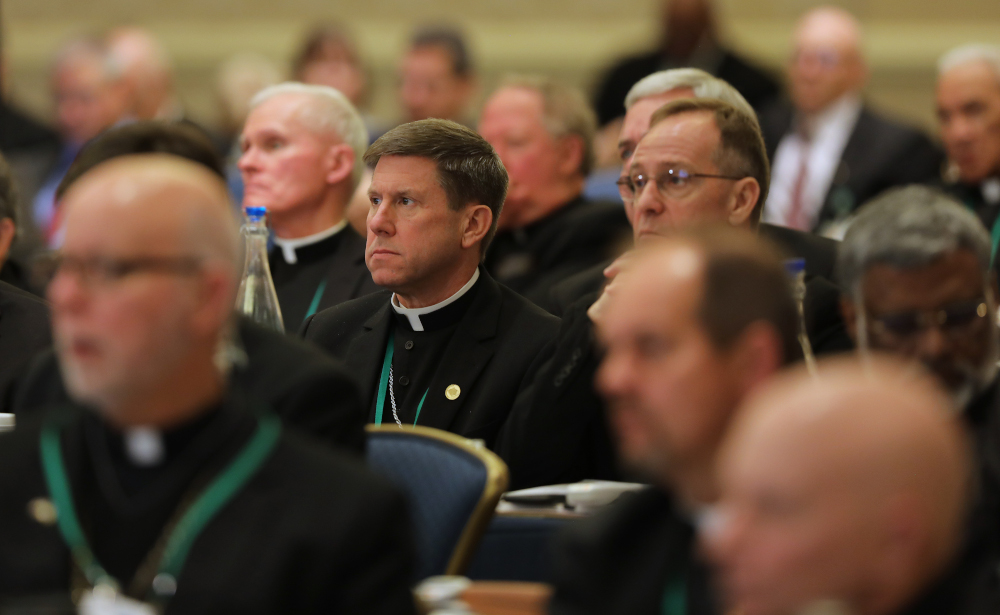 In a brief presentation Nov. 11 to the U.S. Conference of Catholic Bishops, Boston's Cardinal Sean P. O'Malley told the bishops gathered in Baltimore the Vatican may publish what it knows about the ascent to power of now-disgraced former U.S. Cardinal Theodore E. McCarrick by Christmas, or perhaps the New Year.

McCarrick was dismissed by the Vatican from the clerical state in February following an investigation of accusations that he had abused children early on in his career of more than 60 years as a cleric, and that he also had abused seminarians as a bishop.

However, he had long been one of the premier U.S. bishops, traveling the world on behalf of the church as an esteemed member of the USCCB, leaving many wondering how he could have ascended in church ranks when many are said to have been aware of his alleged abuses.

"We made it clear to Cardinal (Pietro) Parolin at the leadership of the curia that the priests and the people of our country are anxious to receive the Holy See's explanation of this tragic situation, how he could become an archbishop and cardinal, who knew what and when," O'Malley said of meeting with the Vatican secretary of state in early November. "The long wait has resulted in great frustration on the part of bishops and our people and indeed a very harsh and even cynical interpretation of the seeming silence."

Parolin said the Vatican's intention had been to publish the report before the bishops' November meeting, Cardinal O'Malley reported, "but the investigation has involved various dioceses in the United States as well as many offices" at the Vatican and a much larger than expected "corpus" of information than anticipated.

In Baltimore, Bishop Earl A. Boyea of Lansing, Michigan, had earlier in the day asked for an update on the Vatican's report, which many of the bishops, by voice vote, also said they wanted to hear,

"There is a desire and a commitment to be thorough and transparent, so as to answer people's questions and not simply create more questions," O'Malley said.

"I can share with you, I've recently heard the Vatican is indeed working in strenuously on this," said the USCCB's president, Cardinal Daniel N. DiNardo of Houston-Galveston. "And they are almost finished, I think, but they are in the process still of more information coming in."

O'Malley's approximately three-minute presentation was short on details, other than to say the Vatican had showed him a "hefty document that has been assembled."

It is being translated into Italian and will be presented to Pope Francis, he said.