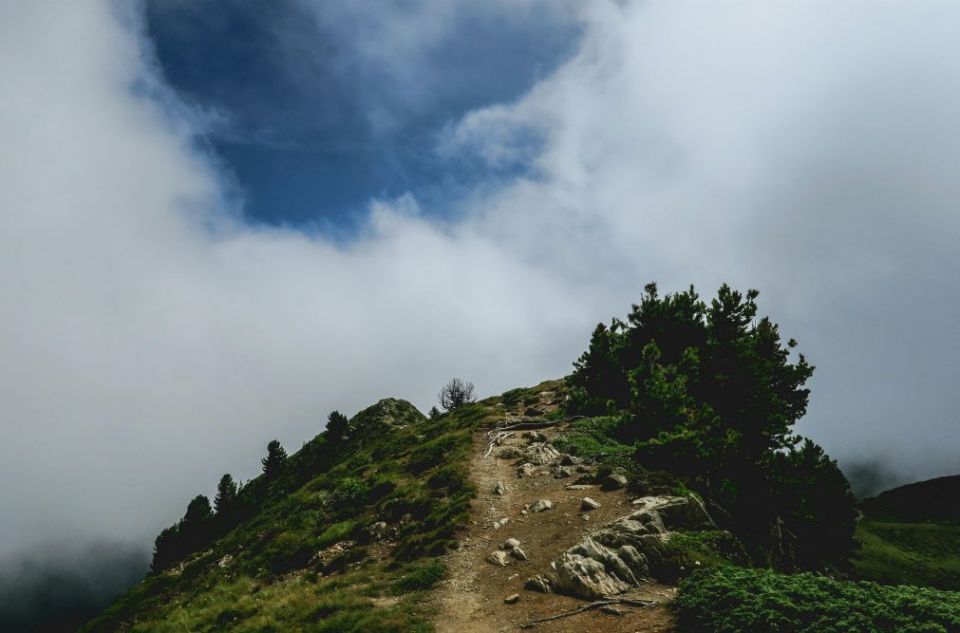 I often think that if at the age of 10 months I had possessed the kind of rational power I use today, I would never have learned to walk. I would have tried it out a few times, but after discovering that I could fall backward, forward, on my side and on my face, I would have come to the conclusion that I was destined to be a sitter — perhaps a crawler, but certainly not a walker. That two-legged stuff was for those more athletic — perhaps longer-legged — than I. Happily, I didn't think then as I do now; nature was stronger than my fear of falling, and my ability grew and my legs were finally ready. I gradually learned from tumbling, and I mastered the skill of moving on two feet. Now, I can even walk and talk and spill coffee on myself while doing it.

The Ascension of the Lord

I suspect that Jesus understood that his disciples thought like that. When they walked with him, they had often been daring — and as often as not, they fell flat. When Jesus' experience of the cross and resurrection showed them what he was really all about, they were awed, grateful and anxious for his glory to shine throughout the universe. With that heady expectation, they asked, "Are you now going to restore the kingdom to Israel?" (emphasis added).

In reply, exhibiting more patience than Job, Jesus said in essence, "It's not for you to know God's timetable, but rather to be witnesses of God's love, a mystery of grace you must unravel in your own lives so that you can share it for real, not simply by spouting off on your ideas about me." Jesus was preparing them to walk on their own. 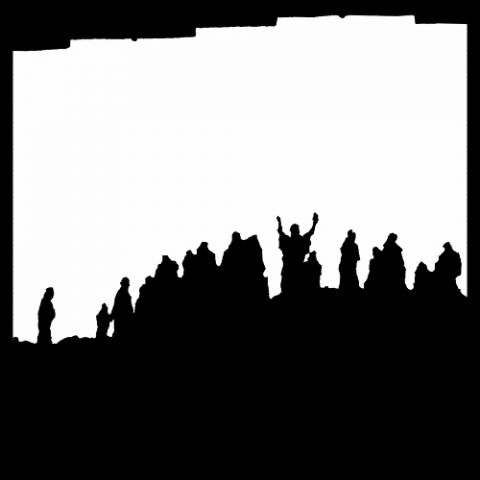 Then, Jesus said, "Behold I am sending ..." At this point, we expect to hear a reprise of Chapters 9 and 10 in Luke, in which Jesus sent the disciples out on a mission. But no, he said he was sending "the promise of my Father upon you." He ended that statement with the surprising command, "Stay in the city until you are clothed with power from on high." Their apostolic legs weren't quite ready yet; grace had not yet enabled their natures sufficiently.

We should note here that Jesus was speaking to "his disciples." He didn't address one in particular or each in his or her turn; he spoke to them all. They were to wait, they were going to be clothed, they had to be with and for one another in the process. Jesus was establishing them as a community of witnesses, women and men who had begun the adventure together and had learned by walking with Jesus. He would never again be with them in the same way, and so the only way they could continue was together. Only together could they discern when their message had come from on high and was more than auto-inflation. (They knew each other well enough to catch on when ego, not mission, was the driving force, and they had learned from Jesus how to call one another out.)

Jesus sent his disciples to wait together before they would go out. Luke tells us that they went back to Jerusalem and prayed in the Temple. A bit like Mary at the beginning of the Gospel, they went into a period of waiting, of allowing God's grace to gestate in them individually and as a community. Surely, they were restless, anxious to do something, but they knew not what. The best they could say to one another during this period was, "He told us to wait. Something else is going to happen."

This time of waiting may have been the hardest of all. Unlike Advent when we listen to the prophecies of what is to come, this kind of waiting is a time of transition from the known to the unimaginable. The discipline of this time requires that we drop our expectations enough to be open to what God will work in and among us.

In the church year, this is a short period — a week or 10 days. In our spiritual life and the life of the church, the calendar doesn't count. There are times when we feel the absence of the Lord and think that there is nothing we can do — that we were never cut out to be real disciples. At that point, all we can do is pray while we wait for the Spirit to show us the next step.

In the 17th century, Jean Pierre Médaille, a Jesuit spiritual director, advised people, "Never go ahead of grace by an imprudent eagerness, but quietly await its movements, and when it comes to you, go along with it with great gentleness, fidelity and courage" (Maxim 84). Jesus simply said, stay together and wait. Pray and the Spirit will come — in God's good time.

This story appeared in the May 17-30, 2019 print issue under the headline: Walking in the Spirit .

Opinion | The Ascension of the Lord: Walking in the Spirit