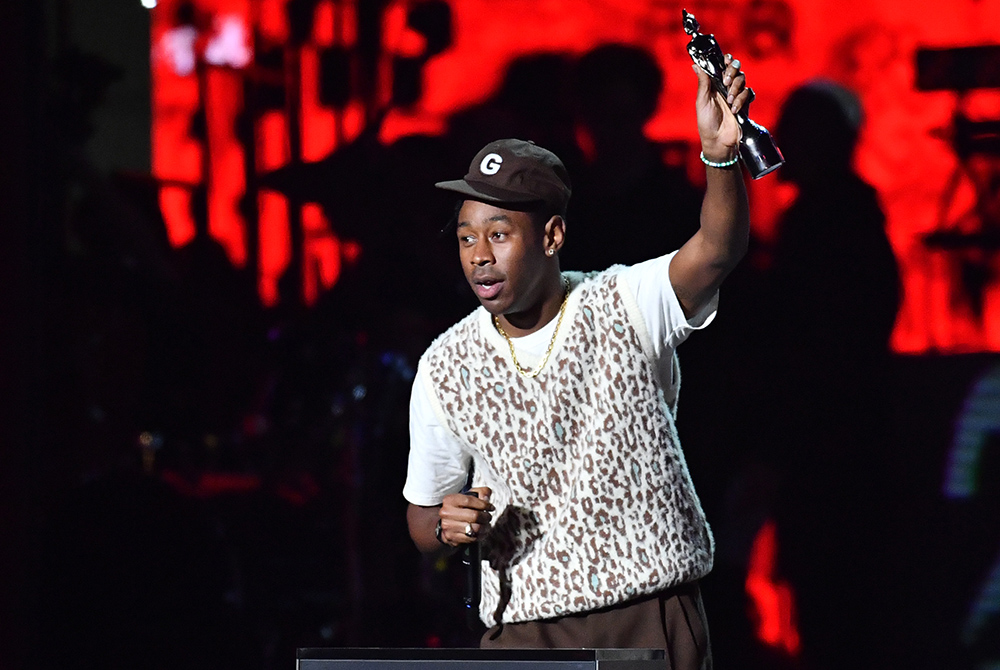 On June 25, Tyler, the Creator released his sixth studio album, "Call Me If You Get Lost."

The album, his first since 2019's "Igor," is an amalgamation of his experiences and life lessons, touching on themes such as success, unrequited love and identity (links to albums contain explicit lyrics).

There are songs like "Lemonhead," where Tyler is braggadocious and ruminating about his material wealth, and songs like "M-ss-" and "Runitup," which simultaneously sift through his own childhood memories and the summer uprisings of 2020. More personally driven songs like "Wilshire" explore his romantic shortcomings and display Tyler at his best, where listeners hear his succinct, powerful storytelling and his growth from the early, controversial days of his career.

In a world that represses Black men, Tyler's work, while controversial, has served as a stubborn rejection against the white status quo. Zoomers, specifically black zoomers, admire his work because he routinely broadcasts different, complicated, yet authentic parts of himself. As a Black zoomer, particularly as a Black Catholic zoomer, his work feels refreshing.

Born in 1991 in Ladera Heights, California, Tyler formed the infamous millennial rap collective, Odd Future, at 16 years old, which brought something unique to rap and more broadly, contemporary pop culture. Tyler and other musicians like Frank Ocean, Hodgy Beats, Left Brain and Casey Veggies, who were all either teenagers or young adults at the time, created their own sound and style, combining indie, hip-hop and skater culture.

Though there were some critics and cultural gatekeepers who were impressed by the journey Odd Future was embarking on, especially on work like "The OF Tape Vol. 2 '' and "12 Odd Future Songs," others were confused and shocked by Odd Future's unorthodoxy. Along with their embrace of various subcultures, these teenagers adopted some rather preposterous methods at gaining attention. Sometimes they would ingest cockroaches, other times they would carelessly blurt out homphobic slurs.

In his solo work, Tyler adopted, and amplified, the horrorcore — a subgenre within hip-hop music — Odd Future became known for.

His first studio album, "Goblin," was released two years after his 2009 mixtape, "Bastard," and contains many of the elements found in horror rap: violence, homophobia, suicidal ideation and psychological horror. At times, the 15 tracks feel like a gory journey one just wants to end. On "Yonkers," Tyler opens with the line, "I'm a f---ing walking paradox," before verses touching on sex, dinosaurs, Jesus and suicide. On "She," the fourth track filled with '80s synths, chunky drums and Frank Ocean's heart-wrecking voice, Tyler narrates the inner monologue of his alter ego while committing femicide.

The album, and Tyler's work more broadly, has been criticized for its misogyny and sadism. When publicly addressing the critiques, Tyler would often mention how these weren't his thoughts. Rather he was writing through the perspective of an enigmatic alter ego. However, the whole point of pristine and emphatic storytelling is to masterfully convey the point in question and on "Goblin," the plotlines were always murky.

While "Goblin" was never a display of ardent and skillful narration, Tyler slowly evolved as a rapper, from an abrasive lyricist to a dynamic chronicler.

On 2013's "Wolf," he showcases his lyricism and art outside of the bloody, violent scenarios he described in his earlier work, especially on songs like "Tamale," which was a record so distinctly Californian, showcasing the undeniable effect of Latinx culture around Los Angeles. Although Tyler's third studio album, "Cherry Bomb," was a bit bloated and lagged and demonstrated his early musical tendencies, like those seen on "Goblin," it was filled with an appreciable amount of glimmers, foreshadowing the musical heights Tyler would reach in the coming years on projects like "Flower Boy" (2017) and "Igor" (2019).

Both albums show him transform melodically, and he becomes more mature. Earlier on in his career, Tyler framed his homophobic outbursts as harmless jokes. But underneath the radar, this homophobic rhetoric was a way of shielding himself from his own truth regarding his sexuality. Once he was able to be more upfront about his queer identity in "Flower Boy," his music felt less stifled. The artist blossomed and grew into something magical, transporting listeners while challenging us to more fully center and understand the nuances of Black, queer identity.

As a Black Catholic teenager, seeing a Black man who is in the alternative space has affirmed my identity in such an important way. His music has helped me to think more deeply about redemption and what it means to shed toxic masculinity.

Tyler's artistic and personal evolution shows young people like me that we can be different while retaining our blackness. And while Tyler, the Creator is an atheist/agnostic, I see how God moves through the rapper's work and evolution.

A version of this story appeared in the Nov 26-Dec 9, 2021 print issue under the headline: 'Call Me If You Get Lost': Evolution of Tyler, the Creator.