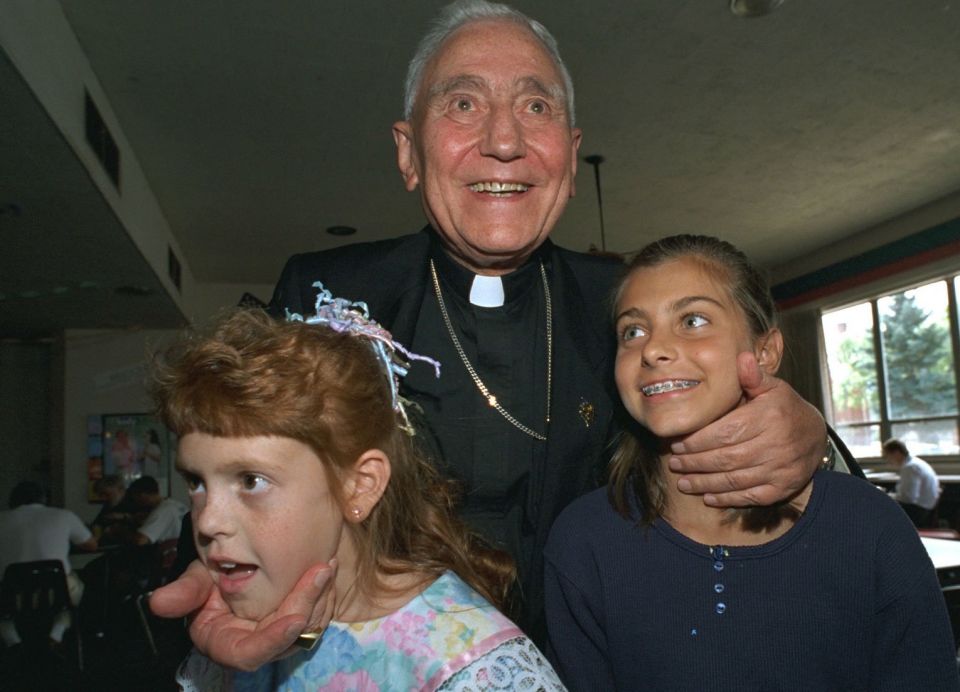 Argentine Cardinal Eduardo Pironio, former head of the Vatican congregation for religious and council for the laity, is pictured in a photo from 1998, the year he died. Pope Francis on Feb. 18 declared him to be "venerable," a step toward sainthood. (CNS/Michael Edrington)

Pope Francis on Feb. 18 declared the late Cardinal Eduardo Pironio to be "venerable," advancing his case on the path for sainthood.

Pironio, who died in 1998 at age 77, was an Argentine well known in his 23 years at the Vatican for organizing the early World Youth Day events, a major initiative of Pope John Paul II. Now celebrated every few years in cities across the globe, the events began in Rome, in 1984 and 1985. In 1987, Pironio had a major hand in logistical work for the large event in his homeland capital of Buenos Aires.

The youngest of 22 children born to Italian parents who had emigrated to Argentina, Pironio was ordained a priest at 23. He was a 44-year-old bishop in Argentina when Pope Paul VI summoned him to Rome, to become pro-prefect of the Congregation for Religious and Secular Institutes, as the office was then called. That was in 1975. A year later Paul elevated him to cardinal.

Pironio had a lesser-known distinction that should challenge investigators at the Congregation for the Causes of the Saints, if they are serious about determining his fitness for the track to canonization.

In his role governing the congregation that oversaw the world's religious orders, from 1975 to 1984, Pironio's apartment was handsomely renovated by the Legionaries of Christ religious order. This happened during a time in which its founder, Fr. Marcial Maciel Degollado, was accused of sexually abusing seminarians in documents sent to Pope John Paul II.

In 1978*, Fr. Juan Vaca, an ex-Legionary priest of the Diocese of Rockville Centre, New York, wrote John Paul a long letter accusing Maciel of abusing him and 20 other Legion novices. The diocese sent the letter to the Vatican embassy in Washington, D.C., and it was received by the Vatican, according to a Rockville Centre canon lawyer, as Gerald Renner and I reported in a 1997 investigation of Maciel for The Hartford Courant.

Vaca never received a reply, nor did he learn what happened to his document. It is unknown if Pironio's office received a copy of Vaca's letter. But the Vatican's command structure at the time would appear to make that possible. It was not until 2001 that Cardinal Joseph Ratzinger consolidated the responsibility for response to abuse accusations in his office, the Congregation for the Doctrine of the Faith, which maintains that task today.

Vaca wrote John Paul again, in 1989, seeking dispensation from his clerical vows, listing the same allegations. His request was granted with no mention of the allegations.

In a 2010 series for NCR, I reported on Maciel's strategy of financially rewarding Vatican officials to thwart scrutiny of his sex life. Two priests in Rome, who had left the Legion and spoke on condition of anonymity, said that Pironio enjoyed meals and socializing as a frequent guest at the Legion college. Renovation of the cardinal's home was "a pretty big resource, expensive, widely known at upper levels of the Legion," one priest told me.

Whether he felt beholden to Maciel, or not, Pironio provided apparent payback in 1983 when the cardinal helped secure papal approval of the Legionaries of Christ constitutions, or bylaws, which included the infamous private vows — promises never to speak ill of the founder, Maciel, or any Legion superiors, and to report to them on anyone who voiced criticism of the order.

The private vows — which rewarded spying as an act of faith — insulated Maciel from internal scrutiny. His long history of sexually assaulting youth caught up with Maciel in 2006 when Pope Benedict XVI banished him from clerical life after an investigation by the canon lawyer, now archbishop, Charles Scicluna. Maciel died two years later, at 87. 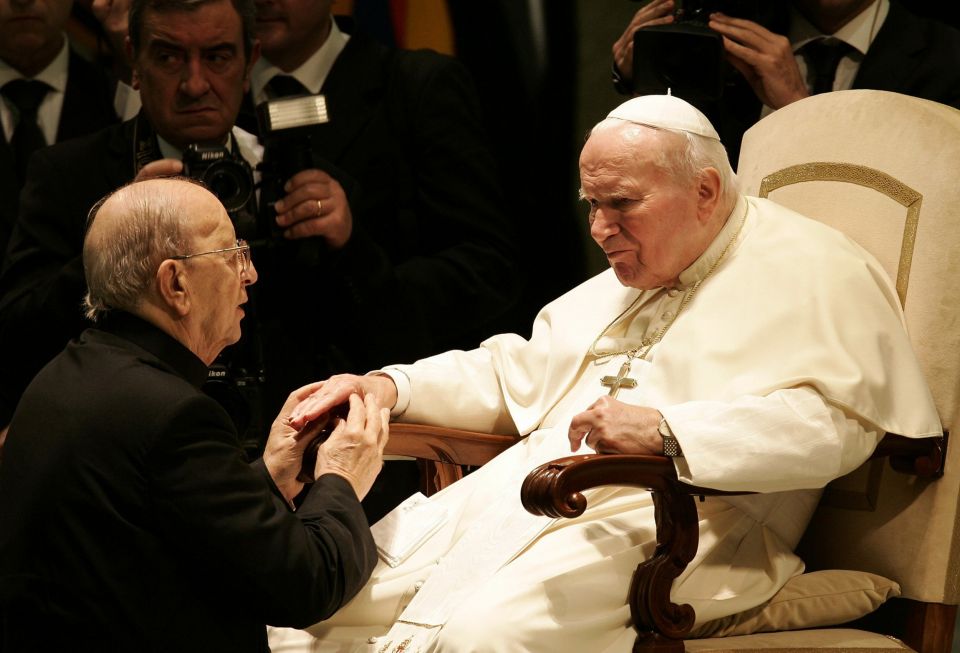 Pope John Paul II blesses Fr. Marcial Maciel Degollado, founder of the Legionaries of Christ, at the Vatican in this 2004 file photo. Maciel was removed from active ministry by Pope Benedict XVI over sexual abuse accusations dating to the 1950s. (CNS/Reuters/Tony Gentile)

No other religious order had private vows that muzzled members to protect the leader; Jesuits, Franciscans and Dominicans take vows of obedience to superiors, but within communities jousting over ideas amid sometimes heated internal debates. The Legion stood in stark contrast with an internal culture that considered Maciel — "Nuestro Padre" (Our Father) — to be literally, a living saint; it was part of the indoctrination. Many ex-Legion priests and seminarians complained of psychological coercion, mind control tactics that made them leave. Little wonder.

To secure the Legion constitution, Pironio bypassed the usual process at the religious congregation. "Pironio went to the pope through Monsignor Dziwisz," said one of the priests I interviewed in Rome for the 2010 report. "Two weeks later Pironio signed it."

Msgr. Stanislaw Dziwisz was John Paul's longtime personal secretary. He, too, was a beneficiary of the Legion largesse, receiving as much as $50,000 in cash to seat at one of John Paul's private papal liturgies the family of a Legion Mexican benefactor. A second ex-Legion priest in 2010 called the payments to Dziwisz "an elegant way of giving a bribe" — buying influence with the cleric closest to the pope.

In 2010, Dziwisz had gone back to Poland, elevated as a cardinal, when we tried to get his response to the allegations of taking money from the Legion. His press office said he was too busy for the questions. Today the cardinal is scandal-tarred for his alleged role in Polish clergy abuse coverups.

After Maciel's expulsion in 2006, the late Cardinal Velasio de Paolis, a canon lawyer appointed by Benedict to oversee reform of the Legion, oversaw a new constitution that abolished the private vows.

"There was a pantheon of individuals who helped Maciel, his contacts and protectors in Rome," Glenn Favreau, who left the Legion in 1997 and is now an attorney in California, recalled in a recent interview. "Pironio was certainly among them."

Favreau worked in Legion offices in Rome for several years before he left, as he put it, fed up with the lies and secrecy. "Renovation of Pironio's apartment was well known within the order. We were told, 'Nuestro Padre (Maciel) saw that all the poor man [Pironio] had was a light hanging from the ceiling so he had to help him.' That's the way they justified it."

Pironio may well have been a man with a certain sanctity. Given the scandals that have embroiled the Vatican's saint-making office in recent years, we might ask if personal holiness should be divorced, as a consideration for beatification, from how a powerful church official handles his office. If he takes money from bad people, does personal holiness transcend that?

*Correction: The original version of this story incorrectly identified the year in which Fr. Juan Vaca wrote to Pope John Paul II. We apologize for the error. 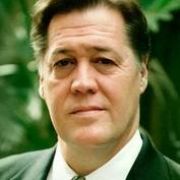 Jason Berry is a longtime NCR contributor who has written three books on the abuse crisis in the Catholic Church. His website is www.JasonBerryAuthor.com.

I question whether systems can be forgiven