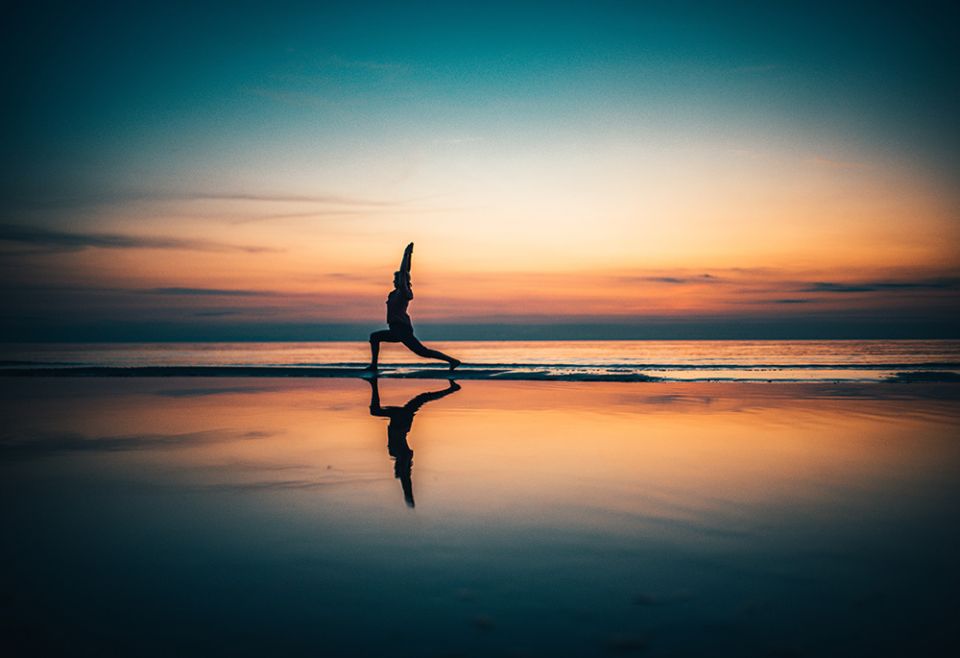 Tuesday, June 21, will mark the eighth International Day of Yoga. This day offers an opportunity to reflect on some of the last year's public debates around yoga in the U.S., many of which hinge on religious questions.

For example, in May 2021, Alabama lifted a 30-year ban on teaching yoga in public schools. The bill was introduced by certified yoga instructor and Democratic State Rep. Jeremy Gray. Some Christians felt that yoga classes in public schools violated First Amendment rights around religious freedom, and worried that yoga encouraged students to convert to Hinduism. This prompted an "opt-out" option for the classes (which are not mandated).

Others argued that yoga is a purely physical practice that does not contradict the teachings of Christianity. Still others pointed out that yoga has been "Christianized," citing Indian Christian practitioners of yoga.

But the debate around yoga is far from this boiled-down binary of Christian vs. Hindu.

Yes, it is crucially important to critique the blatant racism in these debates around yoga in school. They are part of a long line of yogaphobic tropes of "swarthy Hindoo priests" launching a "heathen invasion" in the U.S., accused of hypnotizing and enslaving unsuspecting white women.

However, it is important to think about the religious politics of yoga with more critical nuance, especially in relation to the politics of Hindu nationalism in India. The right-wing Bharatiya Janata Party (BJP) has been in political power in India since 2014, when Narendra Modi was elected prime minister; in 2015, it was declared the political party in the world with the largest registered membership, with 88 million.

Modi's administration, and the BJP party more broadly, has a long history of Islamophobia, caste oppression and land theft.

On Sept. 27, 2014, Modi delivered a speech to the United Nations calling for a new internationally recognized day commemorating yoga:

Yoga is an invaluable gift of India's ancient tradition. It embodies unity of mind and body; thought and action; restraint and fulfillment; harmony between man and nature; a holistic approach to health and well-being. It is not about exercise but to discover the sense of oneness with yourself, the world and the nature. By changing our lifestyle and creating consciousness, it can help us deal with climate change. Let us work towards adopting an International Yoga Day.

Less than three months after this speech, a resolution was passed and the United Nations formally adopted International Day of Yoga for June 21, in recognition of the summer solstice. One hundred and seventy-five nations joined India in cosponsoring the bill — the highest number for any General Assembly resolution. It was also the first time that a U.N. resolution had moved from proposal to implementation in fewer than 90 days.

International Day of Yoga has been described by analysts as "yoga diplomacy" and as an important exercise in Indian state "soft power."

Recognizing the profitability of yoga, in November 2014, the Indian government expanded the Ministry of Ayush (Ayurveda, Yoga, Unani, Siddha and homeopathy) into its own ministry, prompting journalists to identify it as a "ministry of yoga." Researchers have pointed out that the political uptake of yoga in India is in part due to the competition between India and China to be the global leader in alternative medicines.

International Day of Yoga was met with both wide celebration and dissent, with some linking it to Hindutva soft power, and imposing Hinduism on a technically secular country. Modi's administration tried to distance itself from controversy, saying that "the event is not a religious one, despite the tradition's deep roots in the Hindu faith."

The global power and possibility of International Day of Yoga was not lost on diasporic organizations like the Hindu America Foundation. After four years of International Day of Yoga Celebrations that included closing down bridges and busy centralized areas like Times Square, the inaugural Conference on Soft Power was held in New Delhi, India, in 2018. Suhak Shukla, co-founder and executive director of the Hindu America Foundation, delivered a talk titled "Yoga, India's Soft Power: Balancing the Sacred and the Secular," in which she argued that the Indian government had missed an opportunity to use International Day of Yoga to situate yoga more explicitly as Hindu. 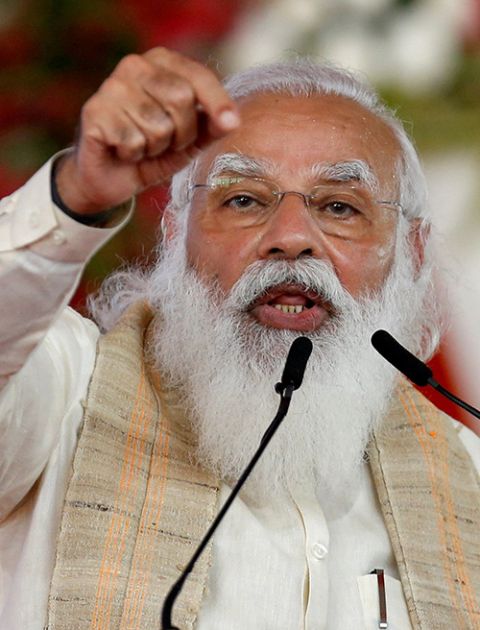 The Hindu America Foundation has been critiqued as pro-Hindutva for campaigns like one to lift the visa ban on Modi, which was put in place in response to his role in in the 2002 Gujarat riots, which killed more than 2,000 people, predominantly Muslims; destroyed 20,000 Muslim homes and businesses and 360 places of worship; and displaced around 150,000 people.

In this international context, it makes sense to see yoga as inextricably tied to Hindu nationalist "soft power," even as it has long been the target of racist, orientalist suspicion by the Christian right. Andrea Jain notes that Christian "yogaphobia" is actually compatible with Hindu arguments in favor of yoga's "Hindu origins," because both of these arguments are committed to situating yoga as Hindu.

There are more layers. Understandably, there have been various movements within the U.S. to counter the whiteness of yoga and erasure of South Asian voices from debates about yoga. These include South Asian American Perspectives on Yoga in America, Decolonizing Yoga and Take Yoga Back.

However, South Asian activists in the U.S. have also pointed out the problems in defining yoga as an "Indian" practice. Prachi Patankar, for example, argues that debates around yoga's Indian or Hindu roots erase the fact that yoga is actually associated with dominant-caste Hinduism.

In recent years, there has also been a growing movement of yoga among Black and brown women for healing and body positivity, pushing back against the racism and exclusivity within the practice. Jessamyn Stanley's Every Body Yoga: Let Go of Fear, Get on the Mat, Love Your Body and Yoke: My Yoga of Self-Acceptance offer a body-positive, interfaith narrative of yoga. Other Black yoga practitioners have been drawn to Kemetic yoga, which traces its roots to Egypt.

We can simultaneously critique the racist attacks on yoga and critique the way yoga is mobilized for Hindu nationalist agendas. This critical lens is important, given the explosion in yoga's popularity in recent years. As of 2018, there were approximately 300 million yoga practitioners globally, 29 million of whom live in the U.S., with 6,000 yoga studios in the U.S. and a $16 billion industry.

To add more critical nuance to the "Christian vs. Hindu" yoga debate, we need to be able to hold all these things simultaneously: the Christian pathologization of yoga, the use of yoga for Hindutva soft power, and the grassroots uses of yoga for health and healing outside of institutional religious spaces. 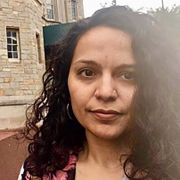 Vani Kannan is an assistant professor of English at Lehman College, CUNY. She lives and works in The Bronx, New York.

Ganges River flows with history and prophecy for India