Climate change is real: We must act 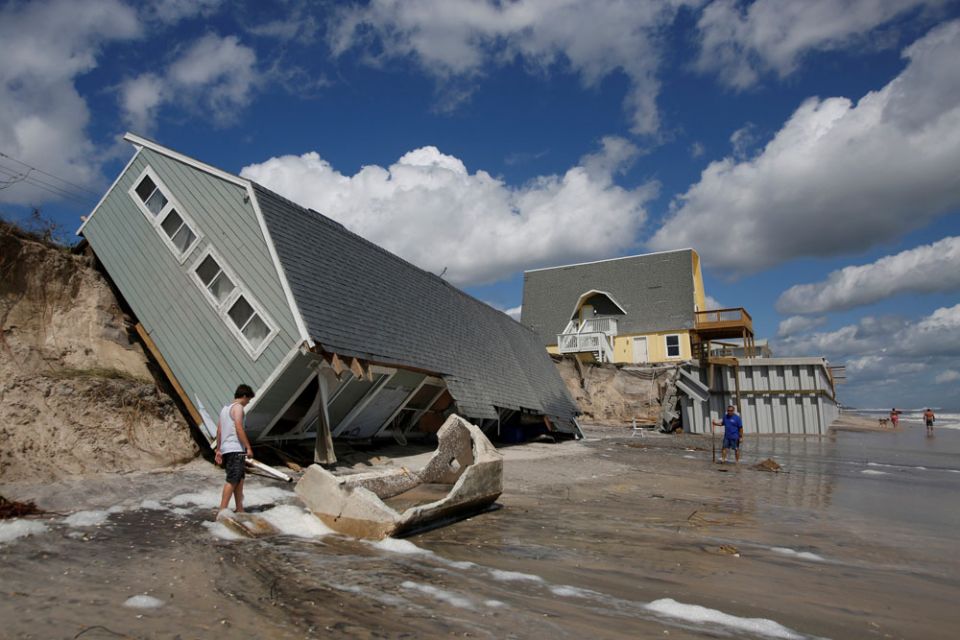 I spent a good part of Sunday, Sept. 10, watching the devastating progress of Hurricane Irma as it crept up the west coast of Florida, drenching everything in its path and devastating trees and property.  Just two weeks ago, I watched Hurricane Harvey wreak incredible damage in Houston.

And then there have devastating floods in South Asia that have caused people to flee their homes in droves. Add to that record-breaking high temperatures up and down the West Coast.

Well, some might say, "Ah, this is just another September with its hurricanes and other awful weather events." I don't think so, and neither does Bill McKibben, one of the prophets of climate change. As he said Sept. 11 in The Guardian when he was analyzing all these devastating weather events, "Stop talking right now about the threat of climate change. It's here; it's happening. … Global warming is the first crisis that comes with a limit — solve it soon or don't solve it."

Add the voice of another climate prophet: Pope Francis. Bill McKibben may be a popular scientific prophet of climate change, but Pope Francis is surely the "religious prophet" of climate change. He sounded the alarm several years ago in his landmark encyclical, Laudato Si'.

Francis has recently been visiting Columbia, South America. When departing, he was flying over some of the Caribbean islands devastated by Hurricane Irma, and was asked by the media about the hurricanes that have pummeled the U.S., Mexico and the Caribbean recently. He cited climate change. As reported by The Associated Press:

" 'Those who deny this must go to the scientists and ask them. They speak very clearly," he said, referring to experts who blame global warming on man-made activities.

Francis said scientists have also clearly charted what must be done to reverse course on global warming and said individuals and politicians have a 'moral responsibility' to do their part.

'These aren't opinions pulled out of thin air. They are very clear,' he said. 'Then they (leaders) decide and history will judge those decisions.' "

So, as we watch and lament the damage done by Hurricanes Harvey and Irma (and other weather events yet to come), we need to realize that we can act to mitigate the effects of future storms, not only with our own climate-saving actions, but with political action pushing legislators to recognize this reality … and act accordingly.

And oh yes, it's time to send yet another message to President Trump: "Climate change is real … time to act."

Opinion | Climate change is real: We must act