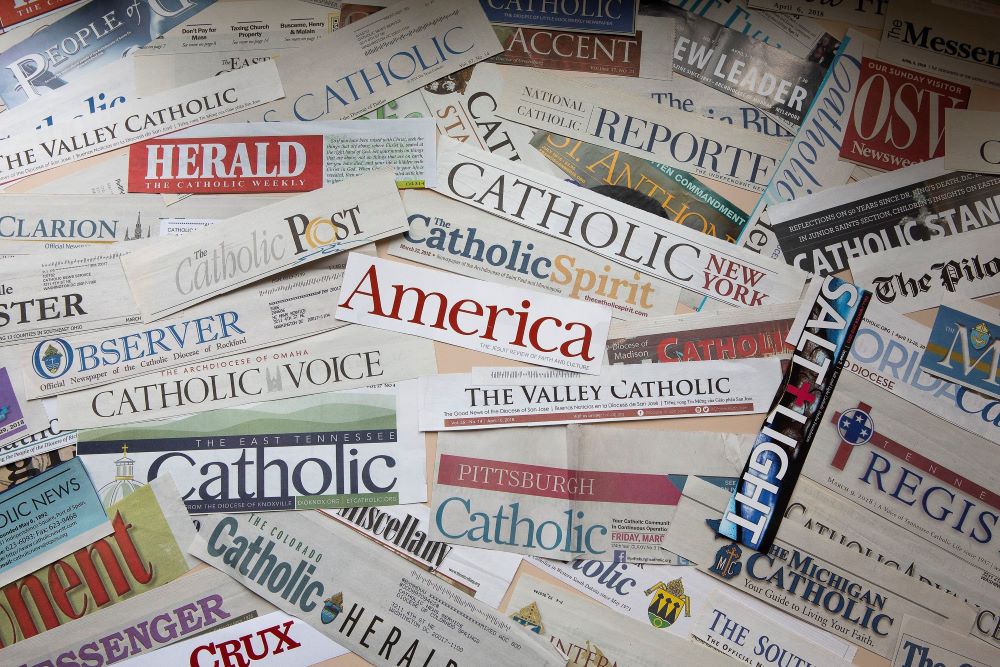 That Catholic News Service was the first to report on its own demise was both a tribute to the legacy of the 102-year-old outlet's editorial independence and perverse proof of what a bone-headed decision the U.S. Conference of Catholic Bishops made in opting to gut CNS.

The May 4 announcement that effectively shutters CNS' domestic operations eliminates a rare source of credibility for the hierarchy, a critical tool for reliably informing American Catholics about the church beyond their own diocese, and a counterwitness to the proliferation of ideologically driven Catholic media platforms that are driving the church apart, and regular Catholics around the bend — often right out of Catholicism.

According to the news service, staffers were told that the core operations in Washington and New York were to be shuttered and that only the Vatican bureau would be retained. (CNS also wrote that USCCB Publishing, which holds the rights to the Catechism of the Catholic Church, the U.S. Adult Catechism and many other books, will cease its publishing operations at the end of 2022.) How even that isolated remnant in Rome can actually work, or whether it will survive, remains to be seen, as they say in television.

Domestically, the effective shuttering of CNS will have a terrible practical effect because diocesan newspapers and websites across the country depend on CNS content to fill out their page with news about the church in other dioceses and around the world. Like their secular counterparts, local Catholic media have fewer resources to cover church news, and while those dioceses can ill-afford to pay for Catholic News Service, shutting CNS' domestic operations is akin to cutting off your town's newspaper from the Associated Press and Reuters wire feeds; their already thin offerings would shrink even further. 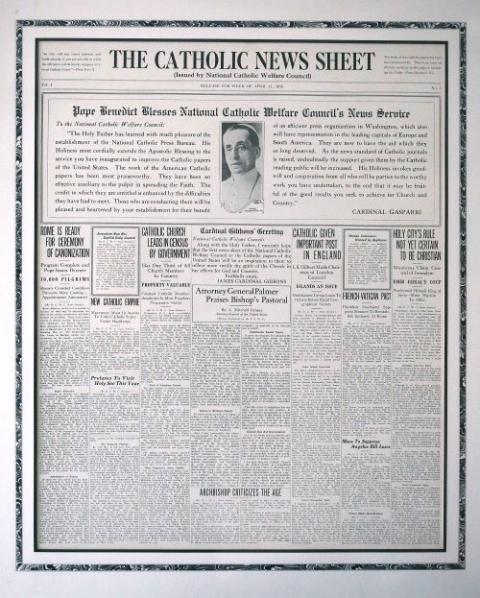 Certainly, there are genuine financial pressures and problems afflicting Catholic media, as there are with secular media. The Catholic hierarchy has for years debated how to fund CNS in an era of declining donations and ad revenue, though it's not clear that there has been enough creative thinking about the ways that CNS could be reinvented as a viable operation.

At the same time, conservatives in the USCCB have for years done all they can to undermine CNS. They have helped set up conservative versions like the Denver-based Catholic News Agency, which provide free content that diocesan media and others can't afford to resist. "I think Catholic News Agency was really the death knell for CNS, because it was free, and CNS wasn't," Bishop Christopher Coyne of Burlington, Vermont, a leading voice for the bishops on communications issues, told NCR's Brian Fraga. "You could see the handwriting on the wall."

Other bishops promoted Breitbart-style rivals to CNS like the National Catholic Register and the EWTN cable network, which is basically the Catholic version of Fox News. (The Register, EWTN and CNA are now all part of the same conglomerate). Indeed, Pope Francis recently described EWTN as "the work of the devil" because of the ways that the cable network tries to divide Catholics. Yet Los Angeles Archbishop José Gomez, president of the U.S. Conference of Catholic Bishops, sits on EWTN's board. That's like the head of CNN serving as an adviser to Rupert Murdoch's News Corp and then working to shutter his own network in favor of Fox News. Most people would have questions. Real journalists would get answers. 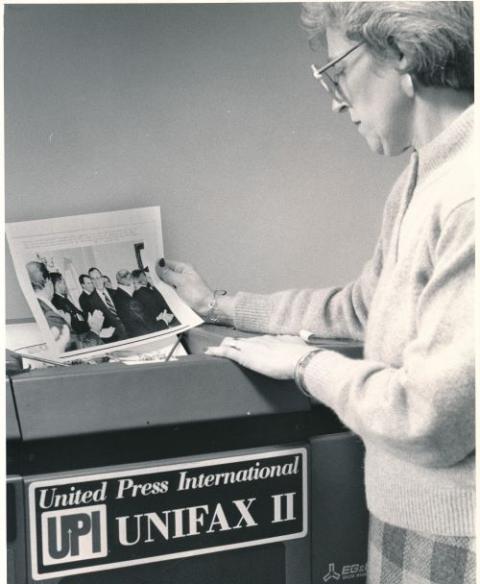 That makes the decision to decimate the bishops' 102-year-old news service so stunning. It cedes the field to amateur and ideologically driven voices at a time when disinformation and division are threats not only to Catholicism but to our democratic institutions. Catholic News Service has been one of the most independent and highly regarded denominational news agencies in the U.S. and the world; the tales of CNS editors, backed by a less compliant generation of church officials, rejecting demands by angry churchmen to spike a story or rewrite it the way they like, are worthy of the best secular media legends.

The loss of Catholic News Service is not a parochial concern, either. For all the focus on the travails of the coal-mining industry, journalism has been shedding jobs at an even faster rate. At newspapers, where the most in-depth and original reporting has traditionally been done, the falloff is especially dramatic: While there were some 114,000 newsroom jobs in the year 2008, by 2020 that number had declined to about 85,000, according to a recent Pew Research Center survey.

The jobs that remain pay less than ever, and online media is not filling the void, especially not in the local and regional coverage that is the heart and soul of our communities. Religion coverage has been hit the hardest, with fewer full-time religion reporters, fewer veteran beat reporters who know the field so thoroughly, and thus less news about not only Catholicism but all faiths — even as religion remains perhaps the most critical driver of news in today's world. 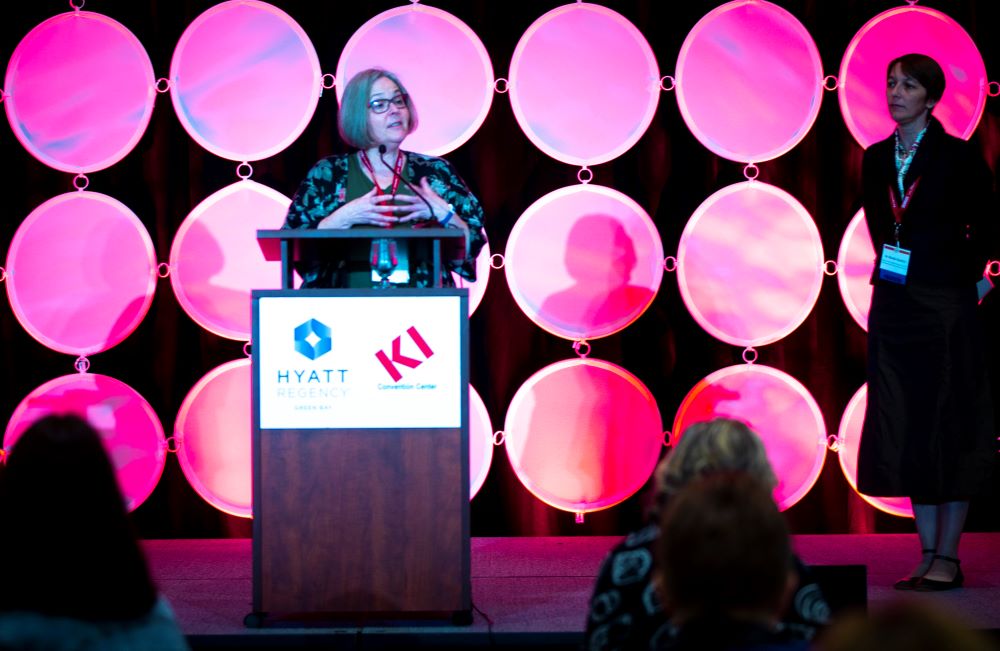 Outlets like Commonweal and America and Our Sunday Visitor have venerable legacies and professional editorial staffs. But they are not news services and can't begin to cover the ground that CNS does. Even this publication [National Catholic Reporter], with the most praiseworthy journalistic track record in Catholicism in breaking news about the church, can only do so much with limited resources. And very few bishops are about to let NCR content replace CNS in their diocesan media.

What this means is that when the overworked, under-experienced journalists of the secular media need to cover something about the Catholic Church, the first place they will look for inspiration and information is Catholic media. And what they too often find, and translate to the wider public, is too often not very edifying, or even accurate. CNS was a counterweight to that trend.

But now that space will be dominated by platforms that proclaim themselves journalistic but which are little more than clanging cymbals. And the growing number of bishops and cardinals who promote their personal brands at the expense of their church will come to be seen as the voice of Catholicism. The lives of the faithful and the sense of their faith will be less visible to our wider communion. The ministry of the bishops and the pope will be drowned out by the loudest and angriest, and they will be the ones to define what it is to be Catholic, and what it means to be a Catholic journalist. Catholic leaders regularly denounce secular journalism for its coverage of the Catholic Church, but Catholic media is the real culprit.

So many of the Catholic media outlets that are opposed to Francis and Vatican II exist only to promote their views, not to report, write, edit and publish Catholic news, and the truth as we can best ascertain it.

The crisis of Catholic media will not be resolved by focusing on the Catholic bona fides of a particular outlet or writer, or by limiting ourselves to exhortations to civility (or lamentations when the exhortations inevitably fail). In fact, that approach feeds into the dead-end dynamic of endlessly parsing who is a good Catholic and who should be barred from Communion, or burnt at the stake, depending on which century you locate your version of Traditionalism. The real crisis in Catholic media is a crisis of professionalism, a lack of outlets and practitioners whose reputations are built on, and maintained by, following basic journalistic standards and practices.

Catholic journalism is not piety or apologetics. As Martin Luther put it, "The Christian shoemaker does his duty not by putting little crosses on shoes, but by making good shoes, because God is interested in good craftsmanship." Or, if you prefer your wisdom from more reliably Catholic sources, consider Jacques Maritain's advice in his well-known essay on Christian art: "If you want to make a Christian work, then be Christian, and simply try to make a beautiful work, into which your heart will pass; do not try to 'make Christian.' " 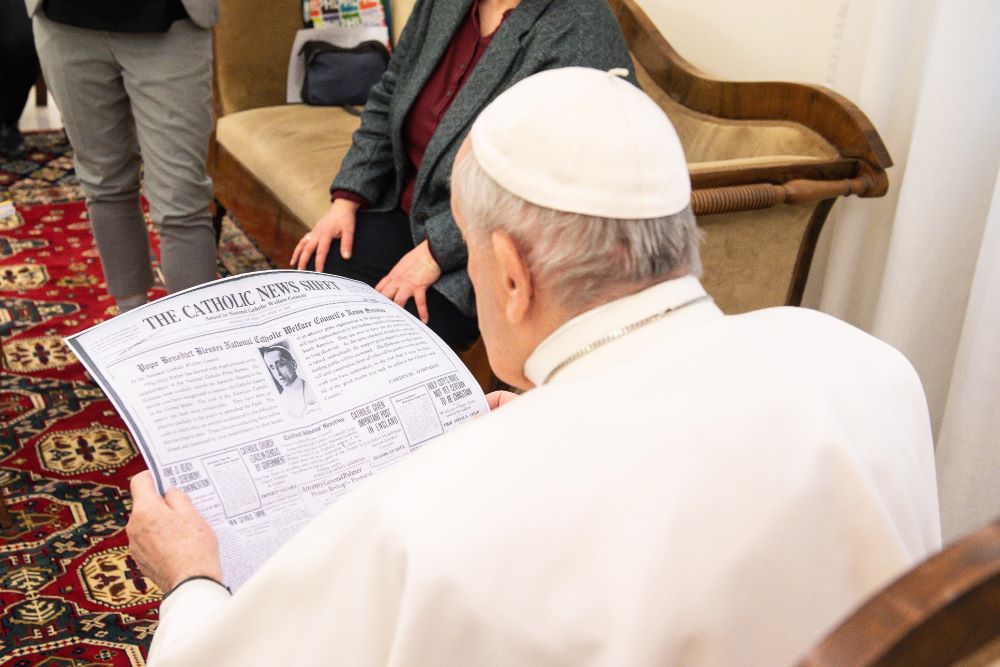 Pope Francis looks at a copy of the April 11, 1920, edition of the "Catholic News Sheet," during a meeting with members of the Catholic News Service Rome bureau at the Vatican Feb. 1, 2021. The special audience was in recognition of the 100th anniversary of CNS. (CNS/Vatican Media)

The problem is not the Catholicism practiced by journalists, but the journalism practiced by Catholics. So many of the Catholic media outlets that are opposed to Francis and Vatican II exist only to promote their views, not to report, write, edit and publish Catholic news, and the truth as we can best ascertain it. They do so without regard to, or, more charitably, in ignorance of, the most elemental practices of journalism.

Yet they are often the ones who most loudly proclaim their journalistic savvy and rectitude even as they make fundamental mistakes, or deliberate deceptions, large and small. They misuse datelines to make it seem that they are on the scene of an event when they are in fact thousands of miles away. They routinely hide basic conflicts of interest and fail to disclose their sources of funding. They run copy that does not belong to them, break embargoes, and publish scurrilous assertions — often by anonymous sources — without basic fact-checking or allowing the accused to respond. There isn't even an effort to establish a line between news and commentary, nor do they pretend there is a wall between business and editorial. There is only media, not journalism.

No editing, no accountability, no professionalism adds up to no credibility. And that is what the Catholic bishops, whose reservoir of credibility was already down to the fumes, are sacrificing when they dismantle a professional news outlet like CNS. The very anti-Francis ideological forces that the bishops decry have been strengthened by this decision, and the anti-modern, anti-conciliar trend in Catholicism has been given another gift.

As Mike Lewis of the Catholic commentary site, Where Peter Is, noted, the Second Vatican Council's decree on the media, Inter Mirifica ("Among the Wonders") speaks about the faithful's "right to information" reported in a "true and complete" and professional manner. The Council Fathers said that it is a "duty" of the Catholic Church "to instruct men in [the] proper use" of the media. Catholic News Service has played a signature role in fulfilling that duty, and its loss undermines the evangelization and the common good that the Council called for, and that good journalism provides.

A version of this story appeared in the May 27-June 9, 2022 print issue under the headline: Closing CNS, US bishops harm their church.