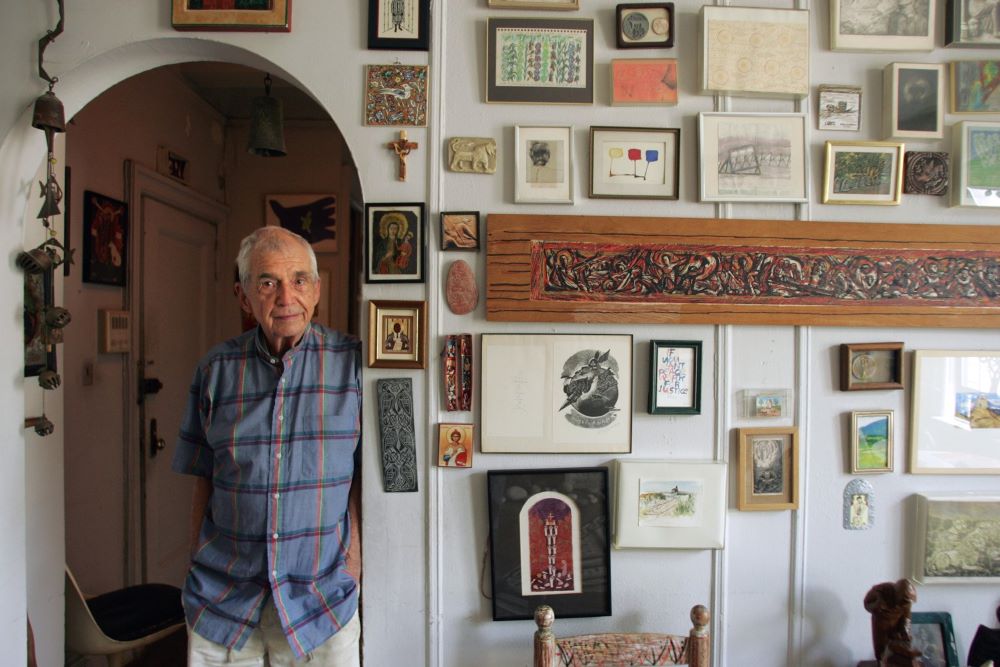 In 1972, Bill Wylie-Kellermann was a student at the Union Theological Seminary in the Upper West Side of New York City. "As providence would have it," he recalls, one of his scriptural teachers was Daniel Berrigan, a Jesuit priest recently released from a two-year stretch in a federal prison for an antiwar action at a draft board in Catonsville, Maryland.

Raised in a conventional evangelical church in Detroit, most of what Wylie-Kellermann believed was "little more than sociology," he writes movingly in Celebrant's Flame: Daniel Berrigan in Memory and Reflection. One memorable result of his semester with professor Berrigan was getting "knocked off my horse. A tidy worldview crumbled. I do not exaggerate: I was struck nearly dumb and wandered the seminary for a time more than a little lost. Berrigan noticed and one day called my name down a long basement hallway. Would I come up for Irish coffee?"

So began a bonding friendship between the Jesuit and Wylie-Kellermann that would endure until the priest's death at 94 on April 30, 2016. The passions of Berrigan for social justice, peacemaking, nonviolence and service became in time Wylie-Kellermann's in his life as a United Methodist pastor, risk-taking community activist with ties to the Detroit Catholic Worker.

The old and new letters, homilies, recollections, poems, testaments and meditations gathered by Wylie-Kellerman are both a literary treasure and a call to each reader to examine how well or ill they are using their gifts to increase peace and decrease violence.

Beyond his biblical analysis, learning about Dan's own life has become for me a gospel study in and of itself. The way he practiced the works of mercy through hospice care, accompanying folks with AIDS, and visiting the imprisoned (sometimes in close quarters). His commitment to grounding in solitude and growing in community. Not to mention his many playful and prophetic pranks pulled on the state. As I navigate my own relationship with Christianity, I've been deeply moved by the way he read the Gospels with "life and death seriousness." But honestly? I've been just as moved by how much joy he brought to the whole thing: a reminder not to take myself too seriously, even amidst the struggle. I am one of many who has been "formed and transformed by immersion in his witness."

As I inched through the pages of Wylie-Kellermann's singular work, I was stirred once again from reading many of Berrigan's 40-plus books. Isn't it time to make the necessary moves to have the Catholic Church to canonize him into sainthood? It's all there, from his deep spirituality that kept him faithful to his ordination vows to his costly risk-taking defiance of America's sickening militarism.

Berrigan's contributions are easily the match of many of the saints who have won their haloes: Benedict of Nursia, Patrick, Thomas Aquinas, Catherine of Sienna, Teresa of Avila, Bartholomew, Anthony of Padua, Joan of Arc, Dominic and lately John Paul II. Can any of these come anywhere close to holding a candle to Berrigan? Even an altar candle? I think not.