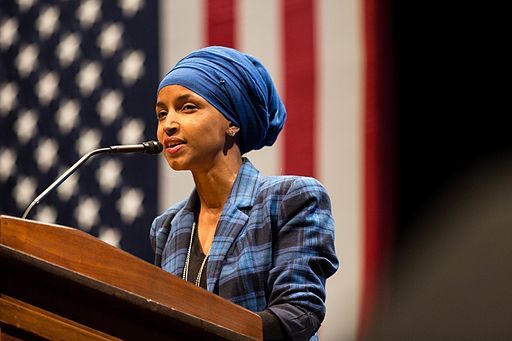 There was a time in the not so distant past when trafficking in one of the classic memes of anti-Semitism was considered beneath contempt, the kind of thing that garnered universal condemnation. Apparently, the House Democratic caucus is no longer such a place. They watered down a resolution against anti-Semitism rather than take a forceful stand against this most malignant of cultural cancers.

The fracas within the Democratic caucus was ignited by a comment made by Rep. Ilhan Omar: "I want to talk about the political influence in this country that says it is O.K. to push for allegiance to a foreign country." The allegation is twofold: that American Jews exhibit a dual loyalty, "political allegiance" to Israel, and that their influence is a sinister one.

Perhaps some people are not aware of the long history of the charge of dual loyalty. Before the founding of the state of Israel, the idea was that Jews were not loyal to the country where they lived, that they were indelibly "other," that they lacked the pristine blood of, say, a full-blooded Spaniard. That last iteration of the charge dates back to the Inquisition in Spain. Jews were portrayed at different times and in different ways as selfish, caring only about themselves, or about money.

Whatever the differences of the portrayals, anti-Semitism manifested itself in virtually every European country and, indeed, it is older than most countries. In the mists of the Middle Ages, when not even France had formed itself into a single political unit, anti-Semitism was a popular pastime along the routes the Crusaders took. Pogroms were common in Germany long before the Nazis and in Russia long before Stalin.

Nor can we liken anti-Semitism to other forms of racial or ethnic animus in terms of the evil to which it brought whole societies. I do not want to get into a debate about the competing claims to suffering the most, but as a matter of history, there has been nothing like the Shoah, a systematic attempt in Western societies to exterminate a people, not because they were in the way, not because they had proven themselves an enemy, but simply because they were who they were. Most degradations of human dignity serve some evil end: Slavery served economic ends and the extermination of Native Americans was to take their land. In Western history, only the Shoah was done for its own evil sake.

I am not shy about my high regard for Sen. Elizabeth Warren. She said of the controversy surrounding the congresswoman's  remarks, "We have a moral duty to combat hateful ideologies in our country and around the world — and that includes both anti-Semitism and Islamophobia. In a democracy, we can and should have an open, respectful debate about the Middle East that focuses on policy." But, as Bret Stephens pointed out in the New York Times, no one is suggesting that we Americans cannot debate Israeli policy. Rep. Omar was not debating policy, she was trafficking, not for the first time, in an anti-Semitic trope.

American Jews are not treated the way, say, Finnish Americans or Mexican Americans are. For all the racism President Trump has hurled at Latin Americans, he has never said they exhibit a dual loyalty. Catholics were long accused of having a dual loyalty and fears were stoked as late as 1960 that a Catholic president would be taking orders from the pope. German-Americans were the target of this particular animus during World War I and our nation imprisoned Japanese-Americans during World War II. Those were not proud moments and they happened only during a war. The charge that Jews exhibit a dual loyalty is a perennial.

I can understand people's frustration with having to call out Congresswoman Omar when we have a racist bigot in the White House. As ugly as her comment was, it was no worse than Trump's post-Charlottesville comments about "both sides" having "good people" when one side had marched through the streets chanting "The Jews will not replace us." Good people do not do that. Let us stipulate that the Republicans and Fox News are hypocrites. Is anyone surprised? The willingness of those of us who reject the president's bigotry to call out a transgression by one of our own shows that liberals are still committed to principles, even if conservatives have sold out their principles to Trump. We aim to be better than Trump. We who call ourselves liberals aim to end bigotry, not stoke it.

The headline at Politico said it all: "Omar bails out Trump." As the economy weakens, we can expect Trump to try and make the 2020 election a contest about cultural issues. The only way he can win is to stoke resentments, foster divisions, fan the flames of hatred and suspicion. His greatest ally will be the culture warriors on the Left.

For us Catholics, this is an easy call, or should be. The Second Vatican Council stated in the decree Nostra Aetate: "Furthermore, in her rejection of every persecution against any man, the Church, mindful of the patrimony she shares with the Jews and moved not by political reasons but by the Gospel's spiritual love, decries hatred, persecutions, displays of anti-Semitism, directed against Jews at any time and by anyone."

Last week, I wrote about the fact that President Trump and the Republicans who enable him are defining deviancy down. All those Democrats who insisted that the original resolution denouncing anti-Semitism be watered down did the same last week. When someone burglarizes your house, it is all well and good to denounce burglary, but you want the man who did it caught. The cancer of anti-Semitism will continue to grow on the Left unless it is excised. The sooner the surgery, the more likely the Left will achieve a full recovery. If history is any judge, the cancer will spread. It is too horrible to contemplate.

Your thoughts on the Sojourners controversy