Hang on to the ecclesial nature of the theological task 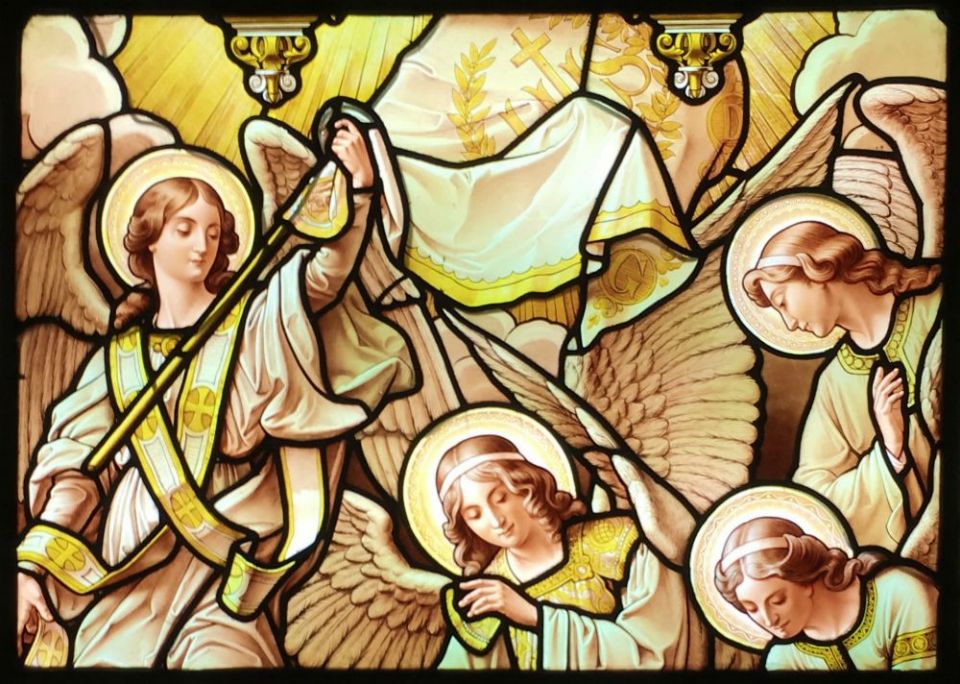 Last week, my colleague Franciscan Fr. Dan Horan penned a splendid essay deploring the emergence of "armchair theologians." As another theologian friend put it to me, "Anyone with a copy of the catechism, an internet connection and an attitude thinks they are part of the Magisterium." Twitter very rarely serves as a means for shedding light and calm reflection upon an issue, more like rhetorical kerosene.

Mind you, I am not a practicing theologian. When giving a talk in an academic setting, I always point that out saying: "I am not a theologian. I only pretend to be one on the internet." I did study theology and church history for five years of graduate studies, even though I decided to go run a restaurant instead of move into academic life, a choice I have never regretted. During the 17 years I worked at a restaurant, I never had a television, so I read a lot of books, a habit that has kept me reasonably well informed.

For people like me, it is vital to know when you need to phone a friend, people with theological expertise. I have a long list of people I consult on various issues of theology, church history and politics. I also have the benefit of working with some very smart colleagues: It is a good thing Josh McElwee, Heidi Schlumpf, Tom Roberts and I all have phone plans that do not charge by the minute! Sometimes, an issue is clear and uncomplicated. But, I find with theology especially, a train of thought can be entertained today, and it seems promising, but you call an expert and they tell you that the thought was tried earlier in the tradition and failed for good reasons, reasons that still hold merit.

Horan's analogy of theology with medicine got me thinking. He writes: "Like the self-diagnosing armchair physicians who rely on web searches to justify their amateur evaluations, there are myriad Catholics who turn to the Internet and respond to material they happen upon instantly, without any awareness of the complex hermeneutical factors that must be considered when in engaging in such analysis." True enough.

As well, if a doctor makes a mistake, a patient or the patient's family can sue the doctor. The doctor must have malpractice insurance to guard against his or her own mistakes. What would be the equivalent in theology? Surely, there are instances of malpractice in any and every field.

To be sure, Horan is clear that a professional theologian need not be someone employed at a university, but in America, the vast majority of professional theologians do work in the academy — and the academy is a mess. As Amanda Ripley, Rekha Tenjarla, and Angela Y. He explain in this article in the Atlantic, universities and the communities that surround them are some of the least tolerant places in America. Kirsten Powers' 2015 book The Silencing: How the Left is Killing Free Speech spends a lot of time relating events on college campuses. Catherine Rampell, at The Washington Post, detailed events on college campuses and survey data that paint a scary picture of intolerance. If the current academy is a place of increasingly rigid, doctrinaire bullies of the mind, why should we entrust the church's theology to them?

For liberal Catholics, this phenomenon of the academy growing out of touch is especially problematic because of our commitment to inclusion. Due to the relatively few number of church leaders from minority communities, we tend to look to academics to speak on behalf of underrepresented groups, and the proliferation of programs in women's studies, African-American studies, LGBT studies, etc., provide plenty of professors willing to so speak. But two bad consequences flow from this. First, an academic who is out of touch with the real lives of those for whom he or she speaks can do great harm by focusing public opinion on a stray issue of academic concern while neglecting important societal concerns. Academic life always involves abstraction, but the corrupting intellectual influence of identity politics too often seeps into theology.

Second, I know many outstanding black and Latino and female theologians who hate that they are only called upon to offer a quote when their group is at issue. "I love it when someone calls and asks me about ecclesiology or systematic theology, not just what Latinos think about something," one Latino theologian friend recently said to me. I understand the need for programs to do work that was too long neglected by an academy dominated by white men, but we should be willing to acknowledge the complications, and, as far as I can tell, academics are loathe to admit such complications, at least not on the record.

We should entrust theology to theologians for the reasons Horan cites. Too many words have a specific meaning in a theological context — think of the phrases "cooperation with evil" or "intrinsic evil" — that are different from common usage and, in the two cases cited, pastorally disastrous. One can, without realizing it, start down a road that ends in heresy, and a thoughtful theologian might save you the trip. And all of us at times tend to grab onto a single truth at the expense of others and, if we are not careful, that one truth runs amok, Chesterton's definition of heresy.

Another issue that Horan's essay raises is that of normativity. In our tradition, normativity is always linked to issues of authority. Theology is not merely an academic task, it is also an ecclesial one. The church turns to theologians to explore the faith more deeply. The church provides the theological community with its most essential data: As one of the theological giants of the Second Vatican Council said, "What would I know of Him, but for her?" Some theologians believe that peer review is a sufficient method of regulation of their craft, but that would over-emphasize the academic over the ecclesial nature of the theological task. Sometimes, values clash and conflict will ensue. The case of Tat-siong Benny Liew, a theology professor at the College of the Holy Cross, was only the most recent of a necessary series of running struggles that will define the theological craft. There is, I believe, no "either/or" approach to the issue of normativity and authority.

At a time when Steve Bannon is on EWTN defending his version of "the Judeo-Christian tradition," and professors like Liew are teaching students that Jesus was a "drag king," the issues Horan raises could scarcely be more important, and it is vital that all of us who shape opinion recognize how such deeper issues are always in the background whether we attend to them or not. And with that observation, I shall now head back to my armchair and curl up with a new book about Vatican II.

Column | Hang on to the ecclesial nature of the theological task

Education is key to spiritual formation of sisters

Can Catholics disagree only when they agree with the church?