History warns us: Crises like COVID-19 can give rise to great evil 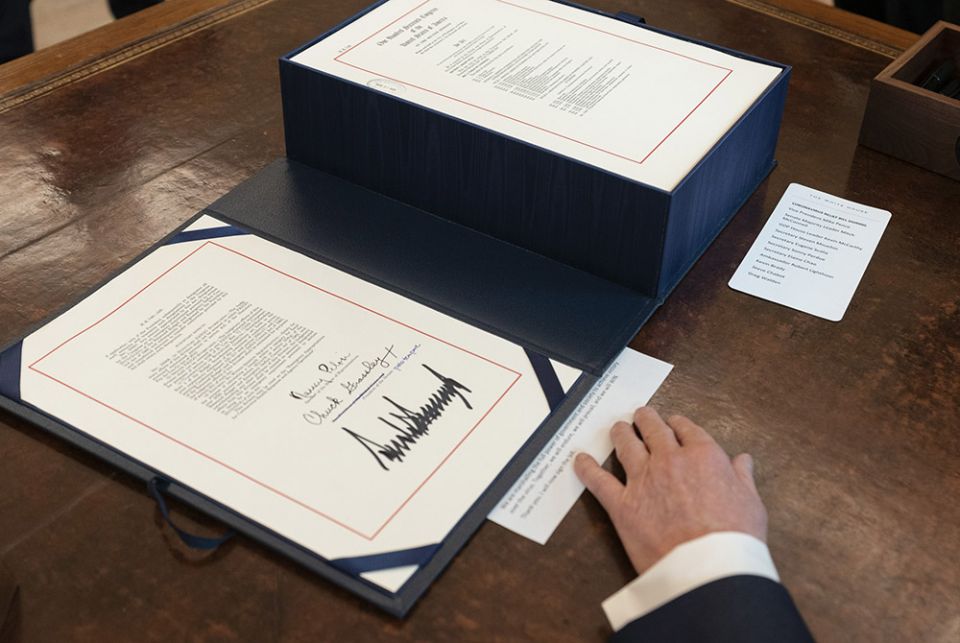 "You never want a serious crisis to go to waste." Those were the words of Rahm Emanuel shortly after he had been named chief of staff to President-elect Barack Obama regarding the economic meltdown that was occurring at the time. "What I mean by that is it's an opportunity to do things that you think you could not do before." Not for nothing was Emanuel considered one of our time's most Machiavellian politicians.

Emanuel may have been the most explicit, but was not alone then and the spirit of his quote has been resurrected now as our political leaders try and figure out how to respond to the COVID-19 crisis. Anytime politicians or those who work as lobbyists for special interests hear the words "must-pass legislation" they perceive an opportunity to get something they want achieved even after the normal processes of our political system had, for whatever reasons, failed to deliver on that objective. They call these bills "Christmas tree bills" because everyone gets to ask for whatever they want and the willingness to swallow something you would otherwise oppose gives way before the necessity of passing necessary legislation — and achieving one's own wishes that would, in normal times, be opposed by the party opposite.

Christmas tree bills are always an exercise in fiscal irresponsibility. Now, however, they are irresponsible for two reasons, one more obvious than the other. The obvious one is this: yes, the "good guys" might pass much needed debt relief for poor nations or extend social services to those who should have had it all along, but corporate interests, too, will use the sense of emergency to achieve their goals: the Environmental Protection Agency suspended enforcement last week, citing the virus too.

The less obvious reason these Christmas tree bills are irresponsible is that they necessarily rest on the claim, not usually stated, that the operation of democracy has proven unequal to the task of protecting the citizenry at a moment of crisis. And, as our democracy rests on the idea that we are all responsible for our shared government, its perceived failure suggests a vacuum of legitimacy and authority into which rush great evils.

President Donald Trump stands in front of a chart labeled "Goals of Community Mitigation" during the daily coronavirus response briefing at the White House in Washington March 31. (CNS/Reuters/Tom Brenner)

Social bonds, already under significant strain from polarization in our politics and culture, are even more tenuous as we perceive others as potential threats, someone who might bring the dreaded virus to us and to ours. If you lived anywhere near a large gay neighborhood in the 1980s and 1990s, you know the sense of dread that even innocent questions occasion: "Where is Bob?" led to "Is he ill?" While many of us responded with empathy and sorrow to the often grim news that another friend had been infected with HIV, there were plenty of others only too ready to use that epidemic to render moral judgments, and to claim divine sanction for those judgments. It was ugly.

Also, not unprecedented. In his magisterial Christianity, Social Tolerance and Homosexuality, John Boswell wrote of the rise of anti-gay attitudes tracking with anti-Semitism in the latter Middle Ages:

If the ultimate origins of late medieval intolerance are at present indeterminable, the proximate causes are a little more accessible. One of the most obvious of these was the xenophobia which induced, accompanied, and resulted from the Crusades. It is somewhat ironic that religious and secular leaders had at first hoped the crusades would reduce internal conflict in Europe by deflecting internecine hostilities and chronic feudal warfare onto a common external enemy. Once roused to fervor against the enemies of Christendom, however, crusading armies showed less discrimination in venting their aggressive feelings than pious leaders had anticipated. The first crusading armies got no further than Germany before they turned their combative energy on the helpless Jews of the Rhineland and murdered them by the thousands.

Need one mention that the xenophobia our president, his political allies and his media flunkies have been stoking for four years disposes people to seek the scapegoat, to demonize the other, all the while keeping emotions at fever pitch, diminishing the capacity for rational reflection and moral thoughtfulness.

It is not given to us, poor banished children of Eve, to be free from threats, manmade and natural. Omniscience is impossible and prescience is very rare. In times of crisis, we must all think and think deeply about the consequences of what we decide and what we say. In his book The Anatomy of Fascism Robert O. Paxton analyzes the ways fascists came to power in some countries but not in others. He writes:

We are not required to believe that fascist movements can only come to power in an exact replay of the scenario of Mussolini and Hitler. All that is required to fit our model is polarization, deadlock, mass mobilization against internal and external enemies, and complicity by existing elites.

His list of requirements reads like a checklist of contemporary Trumpism. He notes that leaders of the conservative forces in society invited the fascists into government. There was no coup d'etat. The German president asked Hitler to form a government as the King of Italy did with Mussolini.

There were alternatives. Conservative forces refused an alliance with the center-left. They also knew that the fascists had some assets they lacked. Nineteenth century conservatism was allergic to the very idea of mass movements, but when communists demonstrated an ability to bring people into the streets, conservatives recognized they needed some means of matching that power. Paxton writes that conservative elites recognized that fascists "offered fresh young faces to a public weary of an aging establishment that had made a mess of things." He notes, too, that "the unexpectedly wide acceptance by workers of their patriotic duty to fight for their homelands when World War I began foretold that in the twentieth century Nation was going to be stronger than Class. Fascists everywhere have built on that revelation."

Again, does that sound familiar? Think of the British protesters waving their Union Jacks on the day Britain left the European Union, a departure made possible by the consistent stoking of nationalist xenophobia among the working classes such that constituencies that had returned members of Parliament from the Labor Party since the 1930s suddenly sent a Tory to Westminster. Think of the "USA! USA!" chants at a Trump rally in those cities where modern capitalism has devastated the livelihoods of the workers.

Paxton's most frightening observation is this: "Another seductive fascist offer was a way to overcome the climate of disorder that the fascists themselves had helped cause." I find nothing seductive in this offer, but I cannot fail to note that Sean Hannity's ratings routinely top those of his cable news rivals, and his show consists primarily in sowing the seeds of Trumpian disorder and then presenting Trump as the solution to that disorder. For four years, Hannity and his ilk have been attacking "the deep state," the career bureaucrats who stand between Trump's ego and his power, armed as bureaucrats are, only with data, institutional memory and occasional statutory authority. The undermining of civil servants is a necessary step in the rise of authoritarian rule, fascist or otherwise.

As humankind faces this newest cataclysm, there are those who are hopeful that from the rubble, new commitments of solidarity will emerge. There will be some of that. But if history is any guide, these dislocations of normal order, the breakdown of the rhythms of daily life, the desire for scapegoats and felt need to assess blame, the delegitimization of standard, necessary authorities, all these are openings through which the forces of evil can rush and overwhelm the forces of decency. These are dangerous times and it behooves all of us to pay attention.

Column | History warns us: Crises like COVID-19 can give rise to great evil

Is there a doctor in the house who can stand up to Trump?