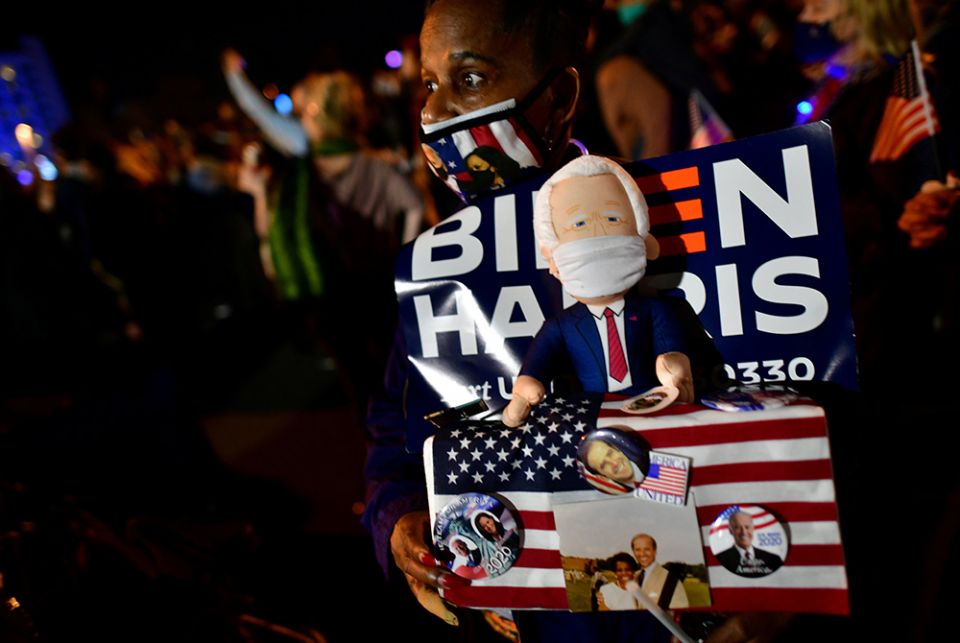 At Politico, Holly Otterbein looks at how Biden won Pennsylvania. Hers is the first post-election analysis article I really like, in large part because she does not traffic in exit polls. I would no more consult pollsters after their second debacle in a row than I would have consulted French generals for military advice in the autumn of 1940. She breaks down the state geographically to make a plausible argument: Only in Philadelphia did Biden underperform Clinton and Trump overperform his 2016 numbers. In Pittsburgh, the Philadelphia suburbs, Scranton, Lehigh Valley, and many rural counties, Trump and Biden both increased their vote totals, with Biden's increases just larger enough to flip the state.

Also at Politico, a look at the Latino vote and the surprising gains Donald Trump made in that community. Jennifer Medina at The New York Times looks at the same phenomenon. I have heard some Hispanic leaders claim they account for Biden's win while Joy Reid on MSNBC attributed the victory to Black women and others are citing the role of white suburban women and still others to Biden's improved numbers among white working-class voters in the Midwest. When a race is this close, any explanation will do and none withstand scrutiny, especially because of the unreliability of the exit polls. Still, we know that in heavily Catholic parts of the country like the Rio Grande Valley in Texas, Trump did significantly better than he did four years ago, and Democrats need to figure out why.

In The Washington Post, E.J. Dionne warns us all against defining the scope of Biden's victory down. Yes, we were all shocked that the polls were so wrong and that there was not a larger repudiation of Trump and Trumpism. But this was the first time an incumbent president was defeated in 28 years, Biden is currently winning the popular vote by more than 4 million, and he is likely to finish with the exact same Electoral College vote as Trump got four years ago. You never see Republicans underselling their victories.

At The Guardian, Thomas Frank joins the celebration of Trump's defeat but urges all to remember how we got into this mess to begin with. The money quote:

Biden's instinct, naturally, will be to govern as he always legislated: as a man of the center who works with Republicans to craft small-bore, business-friendly measures. After all, Biden's name is virtually synonymous with Washington consensus. His years in the US Senate overlap almost precisely with his party's famous turn to the "third way" right, and Biden personally played a leading role in many of the signature initiatives of the era: Nafta-style trade agreements, lucrative favors for banks, tough-on-crime measures, proposed cuts to social security, even. …

It turns out that when the party of the left abandons its populist traditions for high-minded white-collar rectitude, the road is cleared for a particularly poisonous species of rightwing demagoguery. It is no coincidence that, as Democrats pursued their professional-class "third way", Republicans became ever bolder in their preposterous claim to be a "workers' party" representing the aspirations of ordinary people.

Yes, Biden should reach across the aisle, but only if the GOP wants their new found populism to find legislative expression in policies that actually help the working class. Put differently, don't be afraid to call their bluff.

At Politico, a look at the early scrambling for position among Republicans as they contemplate how to fill the "Trump power vacuum." Yesterday, I wrote about what the election does and should mean for the Democrats and I had intended to do a similar piece for the GOP tomorrow. Alas, the McCarrick report is out today, so it will be a little while before I get to write some thoughts on the future of the Republican Party. I will say this now: Jockeying for position is not the key. The problem is not the "power vacuum" but the ethical vacuum.

If the election is over, how long does it take for Democrats to be at each other's throats? An interview at The New York Times with Rep. Conor Lamb highlights the dangers of a Democratic civil war. Democrats of all stripes need to let the president-elect lead the party as well as the country for a bit. Lamb and the moderates are absolutely correct about one thing: Democrats need to do a better job distancing themselves from the latest ridiculous Twitter mantras like "defunding the police." Clickbait is no substitute for policy chops.

At New York magazine's "Intelligencer" blog, David Wallace thinks President-elect Joe Biden's opportunity to provide the kind of political transformation we need is so severely limited, his administration will have the feel of Obama's last six years, not his first two, and the first two left many of us on the left feeling dissatisfied. But there is a minor flaw in Wallace's argument. If he is right that the pandemic is only going to get much worse before Biden steps in, and the economy tanks with it, this increases Biden's negotiating power. Then, God willing, at some point we will have a vaccine and there will be additional political capital he can spend. In the meantime, all eyes are on Georgia's two Senate runoffs.