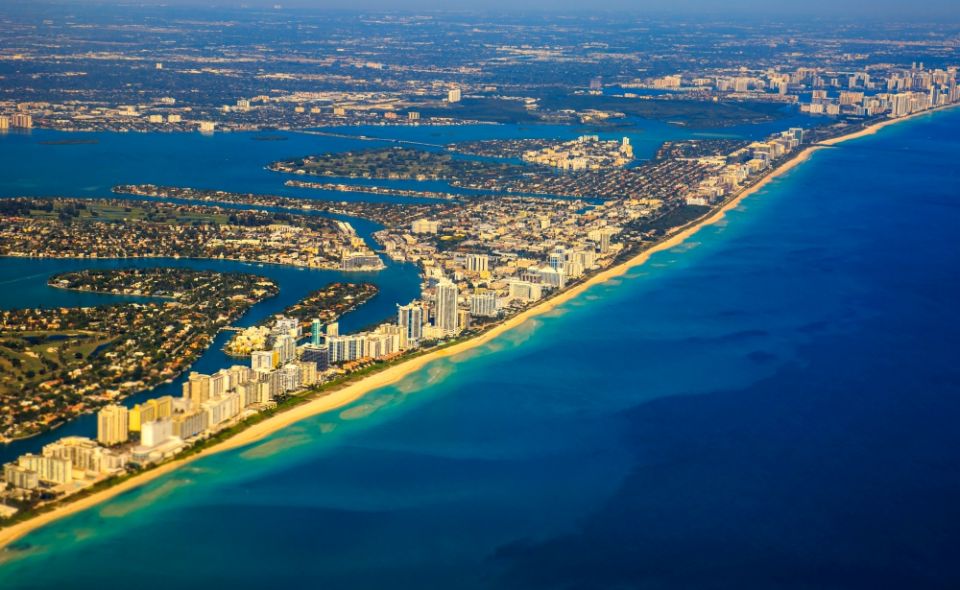 An aerial view of Miami, one of the cities threatened by climate change that is profiled in Jeff Godell’s book "The Water Will Come: Rising Seas, Sinking Cities, and the Remaking of the Civilized World" (Wikimedia Commons/Murray Foubister)

At the Working-Class Perspectives blog, Allison Hurst explains precisely why the Democrats lost last year. That is not the subject of Hurst’s post; she is writing about working-class families and the challenges their kids face. Which college to go to is not on the list. Until Dems find candidates who can speak to these working-class families, they will not only lose but they will deserve to lose.

At the Humanum quarterly, Kirk Kramer reviews a new biography of John Senior, one of the most important, if lesser-known, Catholic thinkers of the 20th century.

At The Washington Post, Bill McKibben reviews Jeff Godell’s The Water Will Come: Rising Seas, Sinking Cities, and the Remaking of the Civilized World, which does not bring comforting news about the effects of climate change: We are further along the road to a catastrophe, and while Rome burns, our new Nero is tweeting.

At Politico, Sen. Bernie Sanders writes on how to fix the Democratic Party. I do not agree with everything on his agenda: I worry about the effects of open primaries that allow unaffiliated voters to cast ballots. But Sanders’ diagnosis further exposes some of the deep problems the Dems face.

Also at Politico, a report from Alabama: Conservative evangelicals are standing by their man, Roy Moore. It would be funny if it were not so pathetic.

How does coronavirus connect to climate change?

God's glory is shown on the cross, pope says at audience

EarthBeat Weekly: How to shrink our pandemic-fueled digital environmental footprints