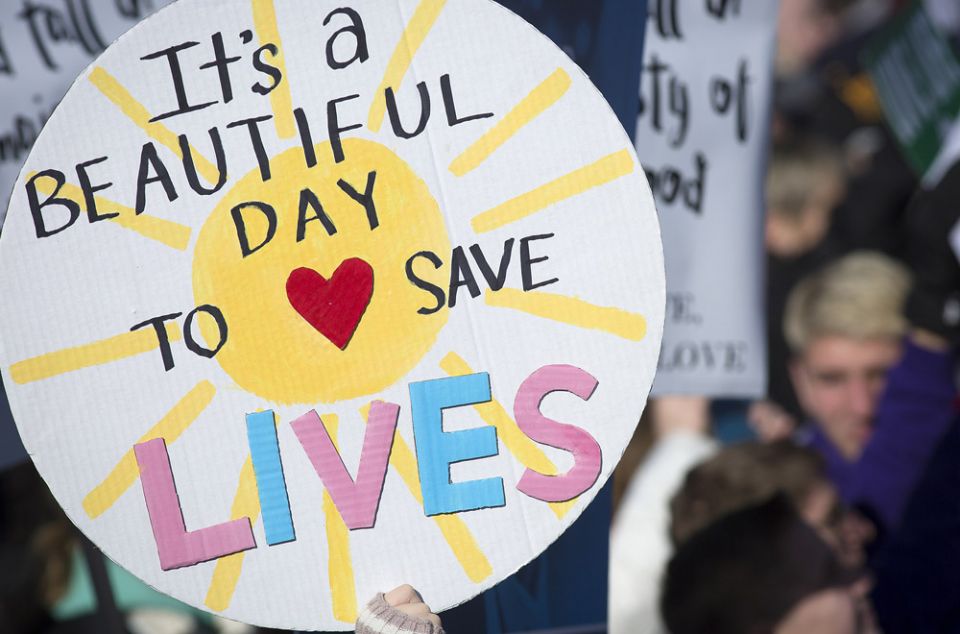 A pro-life sign is displayed during the 2018 annual March for Life rally in Washington. (CNS/Tyler Orsburn)

At Commonweal, Peter Steinfels has served the cause of truth in a singular fashion with his enormous and painstaking examination of the sweeping claims made by Pennsylvania Attorney General Josh Shapiro in the summary of the grand jury report he compiled. There is much about his article that is important, but I think two things are so beyond debate that they should encourage others not to be afraid to question future such reports: First, a grand jury does not yield a verdict, and everyone treated the Pennsylvania report as if it was a verdict and, second, the Charter for the Protection of Children and Young People worked and to pretend that it didn’t, individual cases notwithstanding, is irresponsible and untruthful.

At America, Massimo Faggioli takes on, and tears down, the idea that we Catholics should start electing bishops, an idea proposed by many people but articulated in The New York Times by Professor Daniel Burns of the University of Dallas. Faggioli wins going away.

In The New Yorker, Eric Lach looks at the implications for both policy and politics of Trump’s visit to the border. One thing is clear: After two years of not being able to get his fellow Republicans to fund his wall, his demands now have nothing to do with border security, not even to do with redeeming a central campaign promise. This is about distracting the American people by demonizing immigrants and, as well, it might be as juvenile as wanting to avoid hearing Ann Coulter say nasty things about him. Hard to know when you are dealing with this horrible person.

In The New York Times, Charles Camosy objects to the language that is used by abortion rights activists to shape the political and legal debate in ways that mischaracterize pro-life advocates and dehumanize prenatal children. He is spot-on and, I would add, liberal hypocrisy in this regard is one of the reasons many Americans think liberals are frauds. For example, if you deny that a baby has a beating heart, when it does, why should people believe you when you warn of global warming? Pro-life activists are also prone to deceptive language when it suits their purposes. I fear this debate is so deep in visceral memes it will be impossible to ever reach common ground.

Also at the Times, Paul Krugman defends Rep. Alexandria Ocasio-Cortez. When she pointed out that marginal tax rates for very wealthy individuals were once around 70 percent, the right went ballistic and berserk, calling the idea radical, but as Krugman points out, the U.S. had those rates for about 35 years after World War II, a period of time when the economy was booming. The money quote:

So AOC, far from showing her craziness, is fully in line with serious economic research. (I hear that she’s been talking to some very good economists.) Her critics, on the other hand, do indeed have crazy policy ideas — and tax policy is at the heart of the crazy.

In The Washington Post, Lawrence Glickman argues that it is time for Democrats to celebrate Roosevelt’s legacy and the New Deal’s approach to government. He is right, although his analysis fails to acknowledge that there was a reason for the backlash against “big government” and progressive Democrats need to devise less cumbersome methods of government regulation.  Many cities and states have experimented with ways to streamline the regulatory process for small businesses, so this is not an impossible task.

In the Washington City Paper, one immigrant’s story of staying past his visa’s due date, taking a job in a restaurant, and becoming both a citizen and a neighborhood anchor:  Frederick Uku, originally from Nigeria, and now a bartender at The Red Hen in Washington’s up-and-coming Bloomingdale neighborhood. For every story of an immigrant who perpetrated a violent crime the president tells, there are hundreds of stories like Mr. Uku’s, people who are, if you pardon the expression, making America great again.

More good news: Lin-Manuel Miranda is back on stage in his native Puerto Rico. The pride that comes through in this article — his for the island, the Boricuas for him — is not surprising to those of us blessed to know Puerto Rico and its people. Growing up, when my mother taught in an inner city classroom and her class was usually the one designated to mainstream students from bilingual, I remember that even the poorest families would scrape together the money to go back to the island at least once a year and always for important family occasions.  And, Miranda’s idea to charge $5,000 a ticket from those who can afford it, and offer seats at $10 to those who can only afford that, is pure brilliance.

At Vox, a look at the debate on the right touched off by Tucker Carlson’s anti-capitalist rant. I usually welcome all those willing to question capitalism with open arms, but Carlson is a bit too pleased with himself for me to take him seriously on any subject.  Still, let’s see if this debate persists and shapes the way some conservatives view the economic critiques of more populist Democrats like Sen. Elizabeth Warren and Rep. Alexandria Ocasio-Cortez.