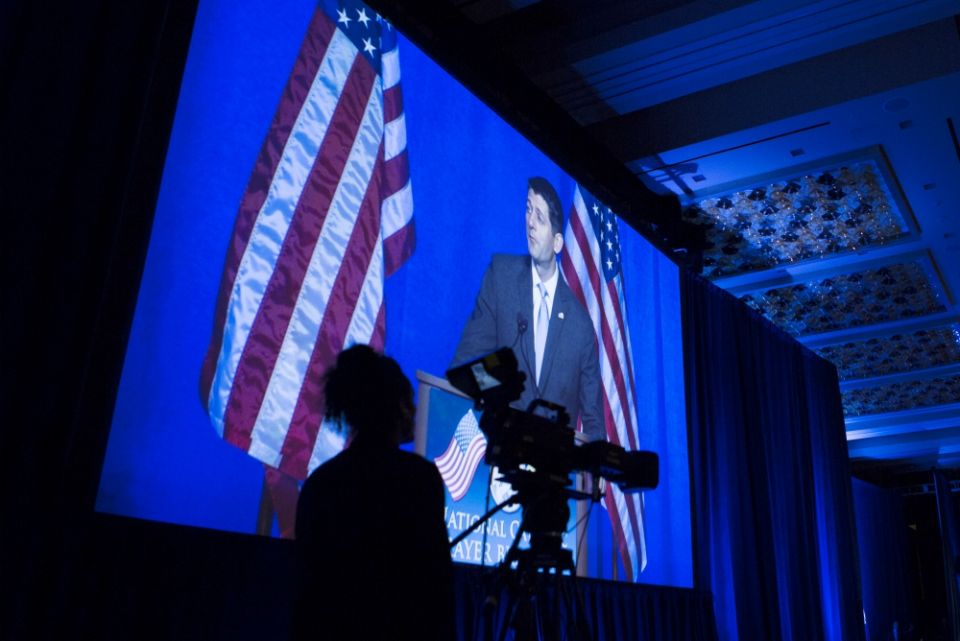 Poor Franklin Graham. When asked how he can possibly defend President Donald Trump, whose hatefulness seems to know no limits, the pastor said, "Trump defends the faith." One is tempted to reply: Which faith is that? But Graham may not recognize the historical resonance of the phrase "defender of the faith," which was granted to King Henry VIII before he turned schismatic. Trump, like Henry, is a bit of a tyrant with multiple wives. Maybe Graham was making a joke?

Is Marianne Williamson making a joke? According to The Guardian, the New Age guru is considering a run for the presidency. Yuck, yuck, yuck. When will our culture have done with these modern snake oil salespeople touting their spiritual wares as if they were the first to have considered "the spiritual journey from suffering to enlightenment." I am betting she finds God in sunsets too.

At The New York Times, two recent op-eds came close to the mark but missed it. David Brooks got this diagnosis correct:

Conservatives were wrong to think that economic growth would lead to healthy families and communities all by itself. Moderate Democrats were wrong to think it was sufficient to maximize growth and then address inequalities with transfer payments. The progressives are wrong to think life would be better if we just made our political economy look more like Denmark's. The Danes and the Swedes take for granted a cohesive social fabric that simply does not exist here.

Brooks, however, undervalues the destructive power of laissez-faire economics throughout the second half of the 20th century, which combined with a bunch of American myths about individualism to create the dysfunctional society we have. Still, he is a paragon of moral wisdom compared to Michelle Goldberg, the snotty commentator who looks at the large numbers of people who support Trump and concludes, "Maybe They're Just Bad People." Her op-ed only looks at a few very influential, rich and shallow people like herself. Nice.

In The Washington Post, Jennifer Rubin examines the legacy of Catholic right-wing darling Speaker Paul Ryan and concludes he is deluding himself with self-praise for his tenure. "Ryan now has the chutzpah to complain about 'tribalism,' but it was he and his band of Trump warriors who made partisan loyalty the end-all and be-all of their political existence," she writes. And she lists his many failures and the unintended problems with his supposed successes. A brilliant takedown of one of the more overrated politicians in my lifetime.

Also at the Post, an article by Rob Reich of Stanford on how public policy is helping the plutocrats dominate the world of philanthropy — because, you know, they do not control enough of the world already. This Gilded Age will not end well for anyone, but I hope it ends very badly for the very rich.

I am sure the extremists in the gay rights choir will be calling for Pope Francis' head after he told an interviewer that a gay priest who was not celibate should leave the priesthood rather than lead a double life. But does anyone think leading a double life is a thing to prefer? That said, if I could whisper something into the pope's ear, it would be this aphorism from Leon Wieseltier, from his magnificent essay "Against Identity": "I hear it said of somebody that he is leading a double life. I think to myself: Just two?"

The International Trade Union Confederation is sponsoring a poll — who is the world's worst boss? Jeff Bezos, the czar at Amazon and owner of The Washington Post, is in the lead. Let's cinch the deal: Go and vote for Bezos. He has earned it and the extent of his power is scary.

CNN has fired Marc Lamont Hill on account of outrageous remarks he made at a U.N. speech, specifically calling for "a free Palestine from the river to the sea." Professor Hill is not stupid, so it is more tragic than comic that he is trying to justify his remarks by saying they were not directed at the destruction of Israel. Once again, the academic left shows how out of touch with reality it is.

Yes, there are lots of good gay priests