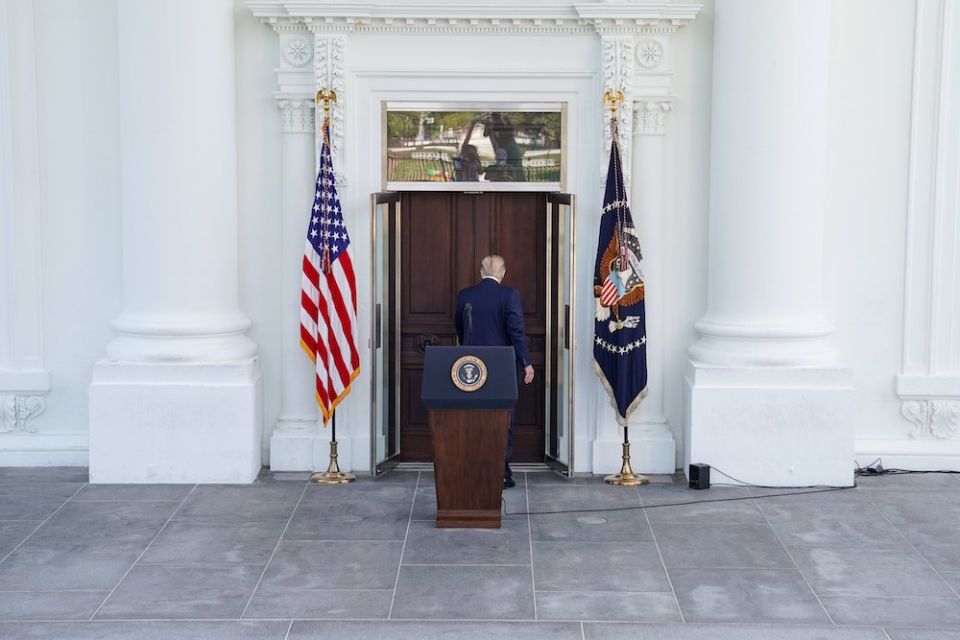 In The Atlantic, James Fallows chastises the press and worries that we are failing to calibrate the need to behave differently when dealing with President Donald Trump. "They're behaving like [Special Counsel Robert] Mueller, wanting to be sure they observe proprieties that would have made sense when dealing with other figures in other eras. But now they're dealing with Donald Trump, and he sees their behavior as a weakness he can exploit relentlessly." I half agree: Fallows underestimates the degree to which Trump effectively dominates the news cycle in ways that make it difficult for the media to do otherwise, and also prevent former Vice President Joe Biden from getting his counter-message out. More on this soon.

Relatedly, in The New York Times, Thomas B. Edsall on the increasingly apocalyptic framing of this year's election, including the threat of violence that could accompany the voting. There is no equivalence between the left and the right as to the enormity of the threat: For every broken store window in Portland, there were a dozen armed white supremacists swarming public venues like the state capitol in Michigan. Still, it is incumbent on all politicians on the left to denounce violence clearly and repeatedly and disassociate themselves from anyone, with whatever grievance, who seeks to employ violence as a political tool.

In The Washington Post, a look at the relationship between Trump and Attorney General William Barr. The reporter poses the interesting question: Who is using who? The more interesting point from a Catholic point of view is how puritanical, and Pelagian, are the views Barr expresses.

At NBC News, reports that the Biden campaign has not been doing a good job at outreach to Puerto Rican voters in Florida, a group that could be key to winning that state's 29 electoral votes. Trump's pitiful response to the sufferings of the island should make them prime targets for the Biden campaign. Politico reports that Biden was courting Puerto Ricans along the I-4 corridor in the center of the state Tuesday. Unfortunately, two years ago, in the midterms, the Democrats also failed to reach out to Latinos effectively, and both Gov. Ron DeSantis and Sen. Rick Scott can attribute their narrow victories in large part to the fact that they won about 45% of the Hispanic vote.

From Vice, a whistleblower complaint alleges that an alarming number of hysterectomies have been performed on female detainees at an Immigration and Customs Enforcement facility in Georgia. The complaint also alleges there are virtually no protections against the spread of COVID-19 at the privately run facility. Is this an example of how the "most pro-life president in history" should act?

On the theme of food and culture, Condé Nast Traveler posted a nifty column that lists certain food specialties in all 50 states. What was different about this list is that it is not the typical, expected ones, like calamari in Rhode Island or crab cakes in Maryland or jambalaya in Louisiana. Instead, this list focuses on culinary influences that outsiders might not know about, such as the large number of great Bosnian restaurants in St. Louis. I knew about the great Jamaican food in Connecticut, but did not know that my neighbor to the north, Massachusetts, is a hotbed of great Armenian food.