Links: Good news from the Hague and Joe Biden goes to Europe 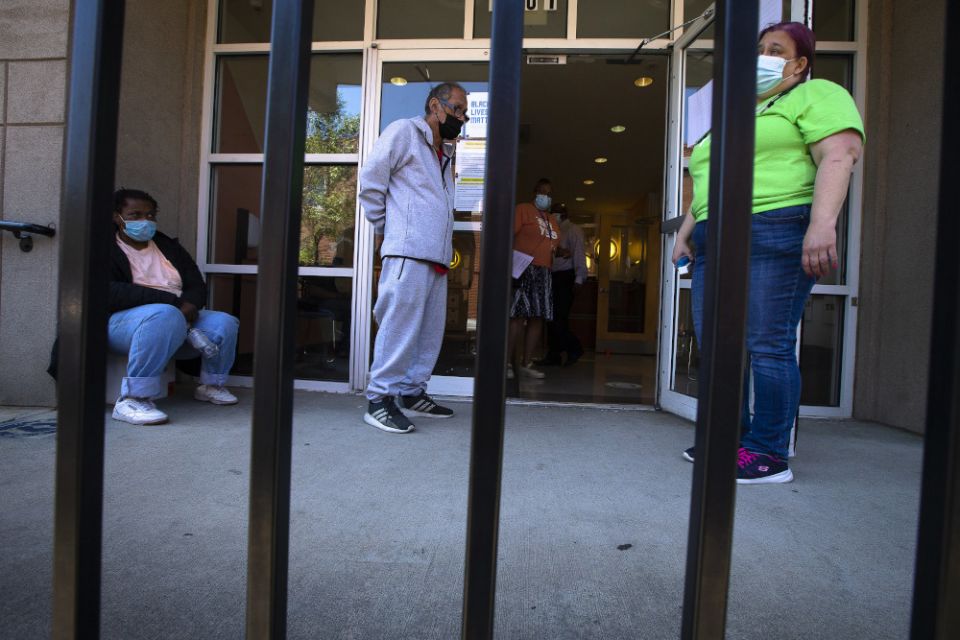 People in the Brookland neighborhood of Washington wait outside a Catholic Charities office May 18, 2021. Health care workers administered the Johnson & Johnson COVID-19 vaccine there that day. (CNS/Tyler Orsburn)

Unqualifiedly good news from the Hague: A United Nations court has denied an appeal from Ratko Mladic, the general who led the mass murder of Bosnians at Srebrenica, including women and children. Mladic wanted his conviction for genocide and war crimes overturned. He was instrumental in the prosecution of that horrible war, not just the slaughter at Srebrenica. Politico has the story.

Also at Politico, as President Joe Biden begins his first trip to Europe, riding a wave of goodwill, a look at those areas where Europe and the U.S. disagree. The challenge for the president is to turn the goodwill into concrete diplomatic results on these outstanding issues.

At her blog "Letters from an America," historian Heather Cox Richardson looks at the state of bipartisanship in the U.S. Senate, where Minority Leader Mitch McConnell continues to obstruct any and all measures he can, from voting rights to raising taxes on corporations. Richardson steps on her lede, however. Important as voting rights are, it is the Pro Publica publication of IRS files on some of America's richest citizens that provides Democrats with the key to reclaim populism for themselves, rid of its racist and nationalist overtones, and rather focus populist anger on the people who have been ripping off the rest of us for decades. Look for more on this soon.

From The New York Times, a reminder that we are not out of the woods yet with the COVID-19 virus: In parts of the country with low vaccination rates, the number of people being hospitalized with the virus is again on the rise. New variants continue to worry scientists. Businesses, large and small, should require employees — and customers — be vaccinated or continue to practice safety measures like social distancing and mask-wearing. The more stigma that attaches to not being vaccinated, the better.

From our friends down under, and the Spectator Australia, a look at the problems with a bill that would make voluntary euthanasia legal in Queensland. The idea of "voluntary" is more slippery than some people think and far more than euthanasia advocates will allow. The "throwaway culture" has won the debate about the unborn and now has its eyes trained on the elderly. Shame on all of us if we do not resist this pernicious assault on human dignity.

From The Washington Post, David Dushman, the last surviving soldier among the liberators of the Auschwitz-Birkenau death camp in 1945, has died. Dushman was Jewish and serving in the Soviet army. If you have been to the U.S. Holocaust Museum and Memorial in Washington, or to Auschwitz-Birkenau itself, then you know the horrors he met. Can you imagine what it was like to encounter them for the first time? Not knowing what to expect? Dushman said he was haunted all his life by what he witnessed. I hope the rest of us will also remain haunted all of our lives by what he saw.

Finally, at the blog Architecture of Cities, a look at some of the extraordinarily beautiful examples of Timurid architecture, named after the conqueror and emperor Timur, a 14th century Turkish-Mongol leader and emperor who founded a short-lived empire. The buildings are extraordinarily beautiful, adorned with exquisite blue tilework, Islamic calligraphy and geometric designs, and outfitted with monumental entrances and domes of great delicacy and engineering prowess.

Column | Links: Good news from the Hague and Joe Biden goes to Europe