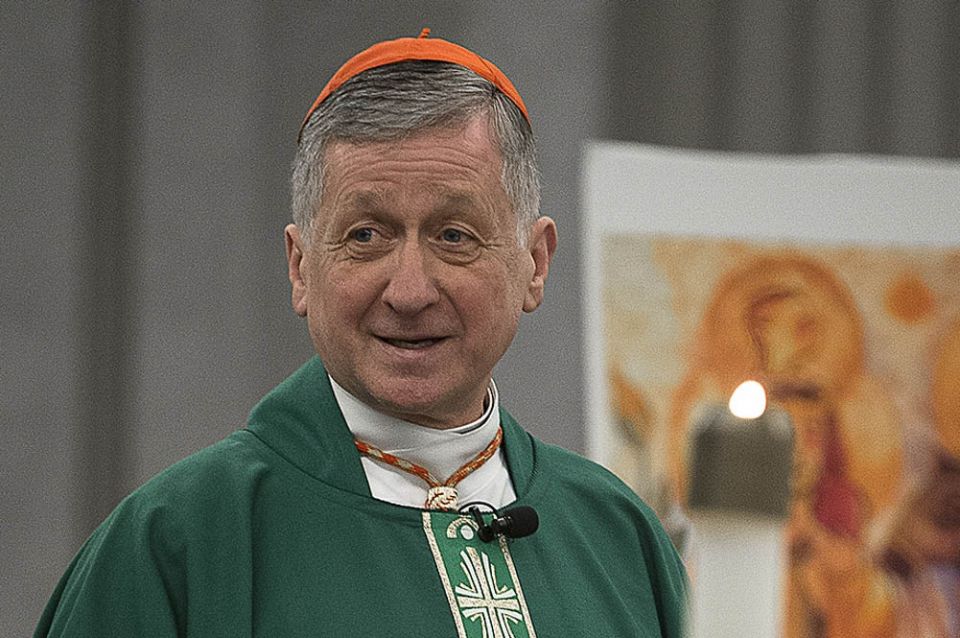 I received a note from Peter Steinfels on Friday, regarding my column that day about the effort by some at St. Sabina Parish in Chicago to obstruct an investigation into charges of sexual abuse of a minor made against their longtime pastor, Fr. Michael Pfleger. In that column, I referred to Steinfels' magisterial takedown of the Pennsylvania grand jury report. Steinfels asked me to publish this clarification, which I most happily do:

Despite many years in the media, I find it always a bit startling to come across my name in someone else's writing. Of course it is pleasing if that occurs in so excellent a place as the "Distinctly Catholic" column by Michael Sean Winters. In writing about the sex abuse investigation roiling St. Sabina's parish in Chicago (April 23), Winters mentioned my "exhaustive examination" of the Pennsylvania grand jury report and my finding that the report tried to "elide" the fact that almost all cases dated from decades past.

While this is true, for the record it was not what I found particularly meretricious about the report. Like Winters, I believe that the crime of sex abuse remains horrific no matter how long ago it was committed.

The failure of the Pennsylvania report was not so much its emphasis on old cases but what it systematically ignored about how cases were handled. To begin with, it ignored that 30 to 40 percent of these cases, depending on the diocese, were first reported to church authorities only after the 2002 Dallas Charter came into effect; and rather than being "brushed aside," as the report charged in the most damning terms, they were acted upon — investigated, reported to civil authorities, and, whenever found credible, removing the accused from all ministry.

Drilling down into the report's hundreds of pages, including pre-2002 handling of cases, showed that, conservatively, the report's sweeping condemnation of diocesan authorities was not backed by its own evidence in from 65 to 80 percent of the cases. That does not eliminate cases where church authorities acted in an unconscionable manner. Still, 65 to 80 percent is an astounding error rate for a judicial body responsible for impartial justice. If it involved police brutality or environmental devastation rather than the church, would it have been so widely accepted without critical scrutiny?

Thank you for publishing this clarification.

Yes, the Pennsylvania grand jury report was even worse than I acknowledged in my column on Friday. I regret not making that clear and thank Steinfels for pointing it out.

At Foreign Affairs, the foreign minister, climate minister and prime minister of Denmark explain that country's approach to sustainable energy, its focus on creating jobs in the clean energy sector and their hoped-for cooperation with the Biden administration. This is one of the more hopeful stories I have read because it shows progress actually made, not just a recalibration of goals.

The Republican Party, perhaps with help from Russian intelligence, has figured out a way to retake the Senate and the House next year, putting a halt to President Joe Biden's legislative agenda, by focusing on an effort to increase the number of justices on the U.S. Supreme Court. Oh, wait a minute. It is Democrats who are pushing to increase the number of justices from nine to 13, better to say, those Democrats who come from districts so overwhelmingly Democratic, they only worry about a primary challenge, not a general election contest. Politico looks at the year's dumbest idea.

What might save the Democrats from themselves? The Republican Party has gone completely off the rails. Two stories in The Washington Post tell the tale. First, Republicans are undertaking yet another recount of last year's votes in Maricopa County. Second, House Minority Leader Kevin McCarthy is now defending former President Donald Trump's response to the insurrection on Jan. 6.

At CNN, a look at the 10 Senate seats that are the most likely to flip in 2022. The Democrats actually could gain seats in the midterm, which is rare, but only if they demonstrate discipline about their message and avoid mistaking the views of progressives on Twitter with the views of the voters they need to win. That is a big if.

The Federalist ran a hit job on Chicago Cardinal Blase Cupich last week. Penned by Evita Duffy, one of their interns who is also a junior at the University of Chicago, her rant is sophomoric. Her complaint is that the university experienced a surge of COVID-19 cases and shut down public gatherings and Cupich agreed to extend the ban to on-campus liturgies. Unless you are a libertarian, such a decision is properly described as "pro-life." Along the way, she refers to Church Militant as a "news site," which is a bit like calling a bordello a sorority. I wonder if she knows that one of the three authors of the original Federalist Papers, John Jay, was a rabid anti-Catholic.

Speaking of Cupich, ABC7 in Chicago interviewed him and his friend Fritzie Fritzshall, a Holocaust survivor, about the frightening rise in antisemitism. If anyone needs a lesson in how difficult it is to remove a cancer from a culture, the inability to extirpate this hatred that has stained Western civilization for centuries is a daunting tutorial.

Time for some happy news. A Connecticut teacher raised money at the start of the pandemic to distribute food to families in need. Then he got hit with a huge tax bill. As news got out, people stepped up to help with the burden. WTNH has the heartwarming story.