Is our democracy more fragile than we were taught? 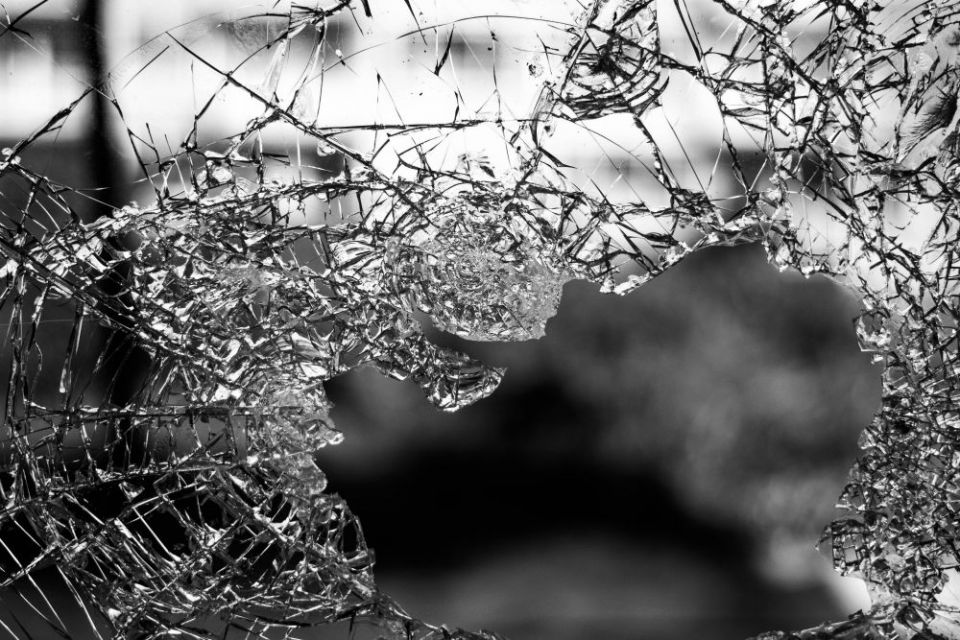 I am 56 years old, and when I was growing up and learning about democracy, and how a bill becomes a law, and how the rule of law guarantees our exercise of freedom, and how the results of elections must be respected, even when we lose, it never occurred to me in a month of Sundays that I would live to see in this country the kinds of attacks on democracy we see today.

When I went to college, I studied Congress with the great scholar Norm Ornstein and learned that passing legislation was more complicated than I had realized in elementary and high school. I analyzed presidential electoral politics and the implications for campaign financing of key court decisions with Tom Donilon, who had worked on President Jimmy Carter's unsuccessful re-election campaign and would go on to become President Barack Obama's national security advisor. I assumed that the love of our nation's democratic institutions that these professors exhibited was shared by everybody.

In the 17 years I ran Kramerbooks & Afterwords Café in Dupont Circle and came to be chummy with a series of White House aides of both political parties, with scholars at the Brookings Institution around the corner, and with writers from The Wasthington Post and The New Republic, I was always uplifted by the level of intellectual discourse. Never once, despite many long and heated debates about everything from Bosnia to the budget, did I question the commitment of my interlocutors to those lessons and values I had learned in fourth grade, and 10th grade, and from my grandmother and mother who were the Democratic registrars of voters in our town, and in college and in life. Never.

Now, our democracy seems threatened and its stability is in question. Is it more fragile than we thought?

Special Counsel Robert Mueller's investigation is clearly closing in on the president. Will the Republican leaders of today have the courage that the Republican leaders of the Watergate era demonstrated? Sen. Jeff Flake has refused to vote judicial nominations out of committee until the Senate Majority Leader Mitch McConnell allows a vote on a bill that would protect the Mueller investigation from any presidential shenanigans. Does anyone seriously think McConnell will stand up to Trump if Mueller's investigation yields damning information? McConnell, who refused to permit a hearing or a vote on the nomination of Judge Merrick Garland?

In 1974, six of the 17 Republican members on the Judiciary Committee voted to impeach President Richard Nixon. Does anyone think there will be a similar concern for the rule of law among today's House Republicans?

Can we expect that leading conservative Catholic scholars will call on conservative political leaders to stand up to Trump's fascistic tendencies? Do the Catholic legal scholars who write for Mirror of Justice, scholars who were quick to condemn Obama for expecting religiously affiliated institutions to fill out a form in order to avoid covering contraception in their insurance plans, have nothing to say about the president shamelessly dangling the promise of pardons in what amounts to the most public example of witness tampering in history?

There was a chilling moment during the recent G20 summit in Buenos Aires, when Russian President Vladimir Putin embraced Saudi Crown Prince Mohammed bin Salman, in a kind of high-five gesture, both men grinning from ear to ear, the grin of victors. We do not know was said between the two men, but it would surprise no one to find it had something to do with murdering inconvenient journalists. And these are the men our president defends, the ones to whom he gravitates, the ones for whom he makes excuses.

The dangers are not confined to the Trump administration and Washington. In Wisconsin and Michigan, where the voters decided to oust Republican governors and replace them with Democrats, the out-going GOP leaders are moving to enact legislation that would strip their successors of powers currently possessed by the office to which they were elected. They are working off a playbook devised in North Carolina two years ago when voters there voted for new leadership. Can anyone think of a historical precedent for this kind of behavior? I can't. I hope the voters are plenty miffed, but voters these days seem fickle more than principled, and the next election is a long way away. The power grab might work.

And where are our bishops? Dating back to the founding of the conference during World War I, the nation's bishops have demonstrated a patriotic commitment that, if anything, was a little too uncritical at times for my taste. They have taught generations of young Catholics to value our civic freedoms. Yet, in recent years, they have focused so narrowly on a few issues and have tendentiously interpreted both key conciliar doctrines and the signs of the times. In effect, if not in intent, the conference became an arm of the most conservative wing of the Republican Party. The bishops' conference is apparently willing to look the other way at these attacks on the very roots and essential forms of our democracy. They should contemplate long and hard the moral standing before history of those prelates who did not defend the Weimar Republic in Germany, who collaborated with the Nazis and the fascists, who fled to Vichy and its morally compromised regime.

The country is headed into some rough and uncharted waters. We Americans have not witnessed such a direct threat to democratic norms since, well, never. This is worse than Watergate, worse than the McCarthy hearings. Our nation has faced other kinds of crisis, from the Civil War to the Great Depression, and in those times the constancy of our democratic norms has been a source of solidity.

In 1845, the Boston Courier published a poem by James Russell Lowell in protest of the Mexican War. You may have sung the hymn version, and perhaps you should ask your parish choir director if you can sing it again soon. Its words speak to the moral challenge our nation faces:

Once to every man and nation,
Comes the moment to decide,
In the strife of truth with falsehood,
For the good or evil side;
Some great cause, some great decision,
Offering each the bloom or blight,
And the choice goes by forever,
'Twixt that darkness and that light.

A version of this story appeared in the Jan 11-24, 2019 print issue under the headline: Is our democracy more fragile than we thought? .

Column | Is our democracy more fragile than we were taught?