Ours is a time of lying: See also, 'The Afghanistan Papers' 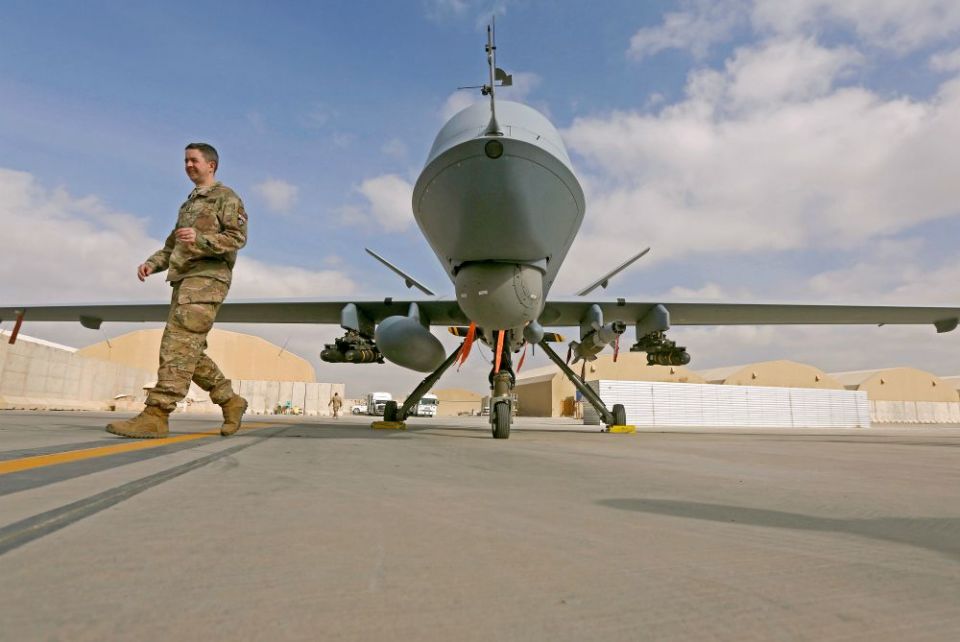 A U.S. service member passes in front of an MQ-9 Reaper drone in November 2018 at the Kandahar air base in Afghanistan. (CNS/Reuters/Omar Sobhani)

Mendacity has long been a feature of public and especially political life. Whether they fear the judgment of voters or critics or Clio, politicians have enormous incentives to put the best possible face on a given situation, to stretch the truth in order to justify a position they have arrived at for a different reason, to obfuscate when clarity is required and to pretend to clarity when all is grey and adumbrated. No historian is surprised to find that a politician or other public figure has been caught lying.

This week, however, has been a banner week for big institutional lies, partisan lying, and self-serving claims from the stump that are demonstrably impossible.

We have seen one type of deceit that has long plagued America with The Washington Post's publication of the "The Afghanistan Papers." And President Donald Trump, his congressional allies and his cheerleaders at Fox News have gone far past distorting the truth, trafficking in simple lies and thoroughgoing fictions to a degree even I found surprising at this late date in a presidency characterized from Day 1 by its allergic reaction to truth.

The Afghanistan reporting shows that for years, under presidents of both parties, the American people were told that our war effort was making progress when the administrations knew this was not the case. In this regard, the analogy with the Pentagon Papers is exact. In both instances, our government really had no idea about how to set things rights and was woefully ignorant of the nature of the enemy we faced. Lives were lost and billions were spent even after they had come to the realization that there was little chance of success.

What comes through in the reporting at the Post is the psychological impediment to telling the truth. "Who will say this was in vain?" asked Douglas Lute, a three-star general who was "czar" of the war in Afghanistan for both the Bush and Trump administration. And so, in a sense, the policymakers deceived themselves first, grasped at straws, rationalized lousy decisions.

The situation is not without precedent. In my study of World War II, one of the most remarkable aspects of Allied policy was the commitment to the strategic bombing of Germany. The U.S. and the British were convinced that they could break the will of the German people if they bombed them as well as whatever military targets could be reached. Why did they think this would work when they had hard, first-hand evidence that it wouldn't? What evidence you ask? Adolf Hitler had thought he could achieve the same thing against Britain when he ordered the Blitz in 1940. Had that broken the will of the British people? No. Yet it is remarkable how little opposition emerged, inside government or out of it, against the bombing of German cities.

"In war-time, truth is so precious that she should always be attended by a bodyguard of lies," Winston Churchill told Joseph Stalin at the Teheran conference, explaining the measures taken by the Western Allies to convince the Nazis that the D-Day invasion would land at the Pas de Calais rather than Normandy. Of course, deceiving an enemy is permissible, even laudatory. And there are times when a government is entitled to withhold information from the general public. But, within government, there must be an arena where those charged with the conduct of policy are held accountable, and in the case of Afghanistan, no such arena emerged. I should add that a whole lot of people, both in Afghanistan and among domestic military contractors, made billions of dollars without contributing to any desirable outcome.

The Republican response to the report by Department of Justice Inspector General Michael Horowitz about the genesis of the investigation into the Trump campaign's ties with Russia brought deceit not so much to a new low as to a new immediacy. The lies came as soon as the president and his cronies opened their mouths. Sen. Lindsay Graham, chair of the Senate Judiciary Committee praised Horowitz at a press conference and said there was an honest disagreement between Horowitz and Attorney General William Barr as to whether or not the investigation should have begun. He then went on to accuse FBI agents of engaging in a "criminal conspiracy." Sen. Mike Lee of Utah suggested that FBI agents had allowed their personal animus toward the president to affect their conduct of official duties. It was hard not to see evidence of what psychologists term "projection" in both men's statements. After all, not only did Horowitz explicitly not say these FBI officials had let their personal agendas drive their professional decisions, that is exactly what Trump did do.

Watching the cable news shows at night, I find MSNBC and CNN unsurprisingly focused on the fact that Horowitz concluded there was sufficient reason to begin the investigation and that the personal bias of the agents involved did not affect their professional decision-making. But all of them — Anderson Cooper, Rachel Maddow, Chris Cuomo, etc. — also mentioned that Horowitz had detailed mistakes the FBI had made in both its applications for warrants and in other parts of its investigation. On the other hand, Sean Hannity and Laura Ingraham, the two stars of Fox's prime time listings, failed to even mention the central holding of Horowitz's report, focusing exclusively on the mistakes and making them out to be decisive even though Horowitz explicitly said the mistakes were not decisive. 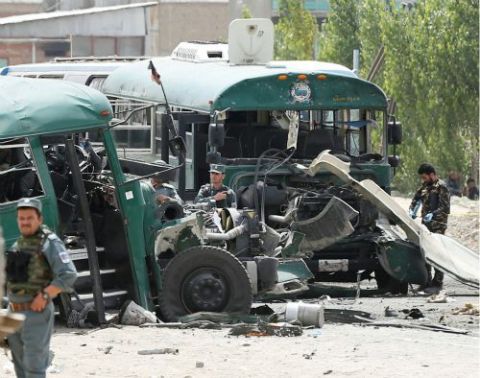 There are other forms of mendacity abroad in our land. Presidential candidate and billionaire Tom Steyer peddles a different kind of deceit. He claims that what we need is term limits for members of Congress and suggests this would eliminate corporate influence, but in fact, studies have shown that the opposite happens when term limits are enacted, that legislators and their staffs are even more reliant on special interests to analyze complex issues. Only seniority allows one to really master an issue or sets of issues. Now, you could say this is merely a difference of opinion, but Steyer fails to mention that term limits have been declared unconstitutional by the Supreme Court, and so you would need a constitutional amendment to enact them. Does he really think he can get one passed?

Mayor Pete Buttigieg is reprising then-Sen. Barack Obama's hopeful message that he uniquely can bring the country together after the divisiveness of the Trump years. I have written before that I think this is bosh. But it is worse than bosh, it is dangerous. Raising people's hopes when you know there is no prospect of delivering on your promises sets the country up to turn to demagogues like Trump. I do not believe that Obama's unachieved goal of national unity paved the way for Trump as much as repeated Republican racist dog whistles did, and maybe Obama really did think that the election of our first black president would so scramble the psychology of Washington that he might actually be able to pull it off. I held out that hope in 2008 myself. But there is absolutely no reason to think the mayor will somehow miraculously be able to unite the country. One half expects him to say "I alone can fix it" one of these days.

Self-deception, mendacity, false hopes. Welcome to the world of politics in our time. Time to dust off our copies of De mendacio by St. Augustine:

So great blindness, moreover, has occupied men's minds, that to them it is too little if we pronounce some lies not to be sins; but they must needs pronounce it to be sin in some things if we refuse to lie: and to such a pass have they been brought by defending lying, that even that first kind [lying about the doctrine of piety] which is of all the most abominably wicked they pronounce to have been used by the Apostle Paul.

Indeed, after a week like this, it is difficult not to conclude that ours is a dark, Augustinian era and that it is, in some ways, just beginning.

Sunday is Gaudete Sunday, however, so let us not finish on such a grim prospect. Amid th'encircling gloom of our nation's political life, let us pray with the newly sainted John Henry Newman that God's kindly light might lead us on, and that the loss of those smiles among the angel faces might be lost only for a short while, not a long one.

"Gaudete in Domino semper: iterum dico, gaudete," the introit begins on Sunday. "Modestia vestra nota sit omnibus hominibus: Dominus enim prope est." Rejoice in the Lord always, I say again rejoice. May your humility be manifest to all peoples: the Lord is close at hand.

Column | Ours is a time of lying: See also, 'The Afghanistan Papers'