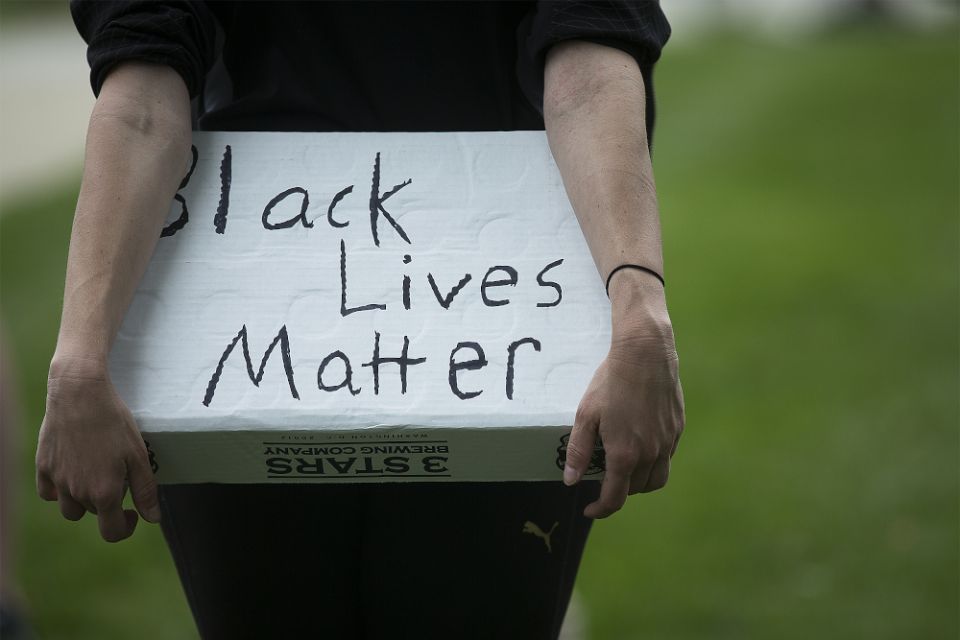 A demonstrator holds a Black Lives Matter sign at a protest June 2 in Washington. (CNS/Tyler Orsburn)

Former President Barack Obama, at a virtual town hall Wednesday, encouraged young African Americans to "feel hopeful even as you may feel angry." The man whose first presidential campaign was built around the two words "hope" and "change" is still articulating that mantra, one that resonates deeply with the native optimism of the American character and, as well, some of the deepest spiritual insights of the Christian tradition.

On Wednesday, I participated in a webinar, hosted by the Woods Hole Research Center, to commemorate the fifth anniversary of "Laudato Si', On Care for Our Common Home" with a discussion of the religious community's involvement in the work of addressing climate change. The Rev. Mariama White-Hammond was on the webinar as well, and she also sounded a hopeful note: The coronavirus has demonstrated the need for us to come together, to rely on one another, in ways we had not before and this might yet make us more attentive of the need to park our narcissism and pay better attention to God's good creation.

Last Sunday, Cardinal Blase Cupich published a call for national reconciliation, a call that was reiterated by Pope Francis at his general audience on Wednesday. "Tragedy does not eradicate hope," the perennially upbeat cardinal wrote. "If there is anything we Christians take from our faith, it is that even the darkest deeds can be redeemed by love."

All three of these leaders, two of them ministers of the Gospel, ably fulfill the admonition of St. Peter: "… sanctify Christ as Lord in your hearts. Always being ready to give an explanation to anyone who asks you for a reason for your hope" (1 Peter 3:15).

I confess I have trouble mustering this sense of hope these three leaders possess. The admonition of St. Peter rings in my ears but it does not quell my heart. This would not be the first time my sanctity was insufficient to resist the allure of sin, and I do not fear that I am stumbling into despair, spiritually or psychologically. But I confess I find myself worried about the fate of our nation today in ways I never have before.

Some problems seem so intractable, it is hard to imagine a remedy. The human heart, with its knack for both faith and idolatry, so prone to receive grace and to commit sin, will never be fully cured this side of the abyss. In the past, when thinking about such insoluble problems, I have at times thought: This will never be solved until something truly dreadful shakes us out of our complacency and forces all to see the need to come together for the common good.

The inability of our nation to focus on the clamant dangers posed by climate change would be one example. It has been 20 years since Al Gore ran for president, making the environment a central campaign theme in a way it never had been before. It has been 14 years since Gore released his documentary "An Inconvenient Truth" which should have spurred everyone to action. Yet, here we are, with a climate change denier in the White House and in the presidential palace in Brasilia, the former unwilling to lead the world, and the latter willing to let the earth's lungs perish. In pondering our inaction — and worse than inaction — I would say to myself: "The threat is too remote, too difficult to conceptualize. People will only rally around the need to combat this when something truly awful happens. Something like a pandemic."

My late and much-missed friend Tom Melady, a former U.S. ambassador to the Holy See and president of Sacred Heart University, would frequently speak about the need to restore civility to our nation's public discourse. In my churlish moments, I would needle him about the 1800 election in which two of our country's most revered founding fathers hurled insults at each other that would make us moderns blush, but Melady was correct to diagnose a real problem in our political life. Members of Congress, in the not too distant past, would argue about issues great and small but then go out and get a drink together, their children would attend the same schools, they did not feel the need to de-humanize their political opponents nor turn them into enemies. I would always thank him for his encouragement but then I would add, "Tom, I just do not think our political system has the capacity to rid itself of this incivility. Something external needs to change and it is usually something awful that brings us together and convinces us to shed our bad habits. Something like a pandemic."

Racism is another such challenge. How has this evil lasted so long? It permeates society in ways that are obvious and also in society's silences, in the Confederate battle flag flown from the back of a truck and in the unspoken word that we all nonetheless heard, and were meant to hear, when Rep. Joe Wilson interrupted President Barack Obama's State of the Union address in 2009, shouting, "You lie!" The unspoken word was "boy!" Bad social history is no answer. Reparations will not solve the problem of racism. What will bring us humans to get past seeing people of a different race as "the other"? I used to say, "It will take something that demands we all come together. Something like a pandemic." 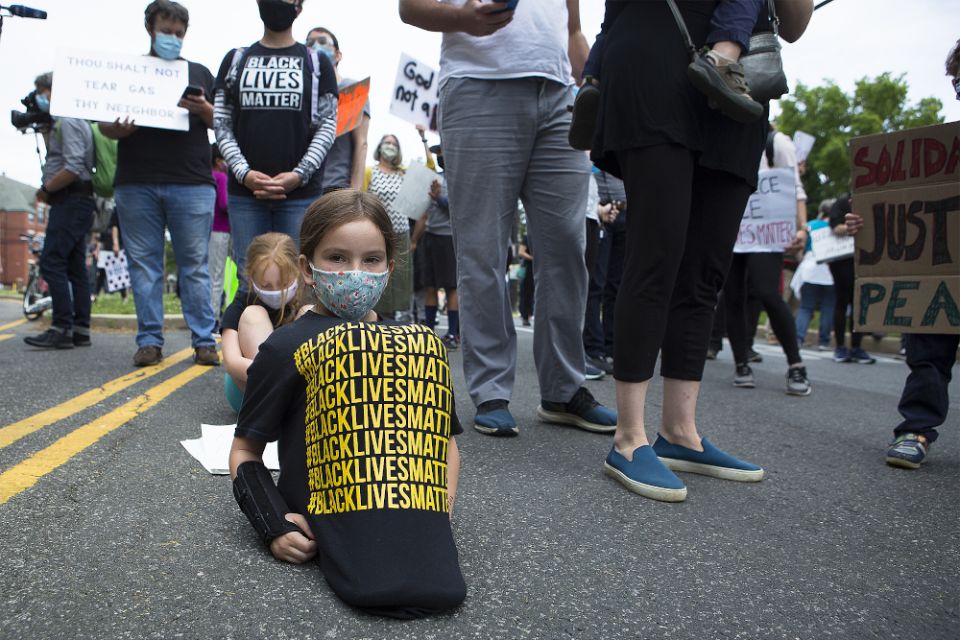 A child wearing a Black Lives Matter T-shirt is seen with other demonstrators June 2 in Washington. (CNS/Tyler Orsburn)

Well? We have the pandemic. Yet I cannot think of a time in my lifetime when the country was more divided, in part because we now have a president who encourages those divisions and who hopes to profit from them. He has taken a once respectable, albeit long misguided, political party and made them complicit in his narcissistic disregard for the rule of law.

As we all look at his sinking poll numbers, does anyone really think the president will have some pang of conscience that would keep him from further dividing the country if he thinks it will help him win? Will the sycophants around him prick their own consciences? Can they still find their consciences? Yet, without political leadership, how can a people, the polis, bind itself back together?

Former Secretary of Defense Jim Mattis took the highly unusual step this week of denouncing the president he had served. I am sure he has one eye on posterity. Still, his immediate audience was not any future historian; it was the U.S. military, reminding them that they take an oath to the Constitution and not to the president. As we speak, Mattis is being shredded by the president's allies, as he knew would happen. His decision to speak out surely emerged from necessity, and that scares the living bejeezus out of me.

When such dreadful thoughts cloud my mind, I walk my dog, and we linger a bit longer at the shrine of Our Lady that we pass each morning and evening. This week we sing the "Veni, Creator Spiritus," and there is a bit more gravamen in that prayer is a little more gravely in our voices. I go out and work in the garden, and, as Rev. Mariama said Wednesday, remember that God was at work for almost six full days before creating us humans, and all that went before was pronounced "good" and will be here when we are gone. Yet, after the dog walks, after the prayers, after the gardening, I tremble for the fate of our country.