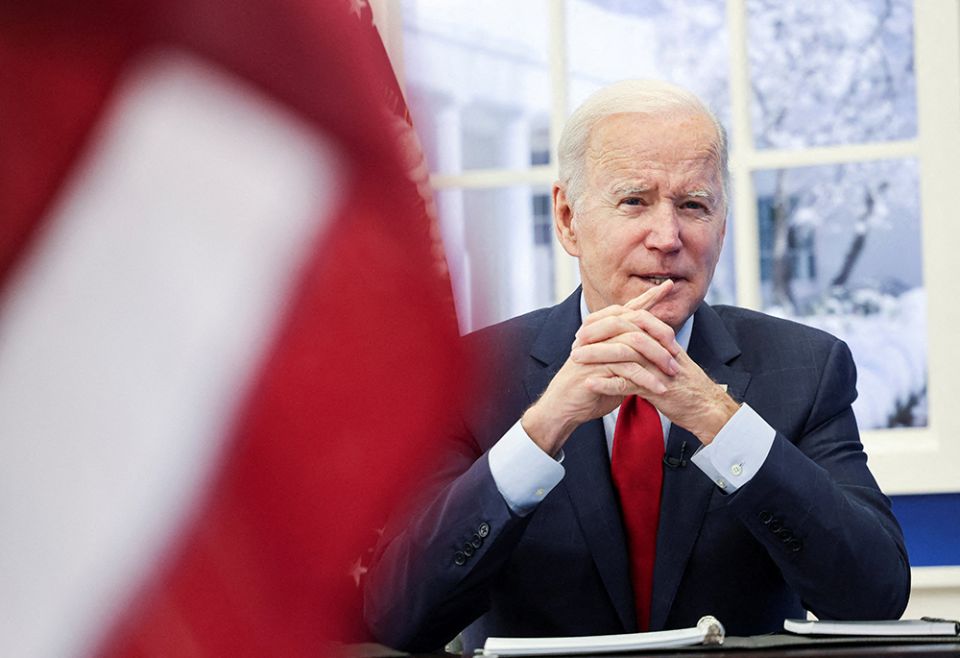 President Joe Biden speaks during a meeting with members of the White House COVID-19 Response Team Jan. 4 in Washington, about the latest developments related to the omicron variant of the coronavirus. (CNS/Reuters/Evelyn Hockstein)

Despite some notable failures — primarily his inability to pass any form of the social service, welfare and climate change-oriented Build Back Better legislation — President Joe Biden and his administration have an array of achievements to tout as they celebrate their first full year in office on Jan. 20.

Their primary accomplishment, of course, is not legislative. It is the simple fact that they have brought back a sense of dignity, honor and, perhaps most importantly, decency, to the nation's highest elected office.

Gone are the days of obsessive middle-of-the-night government by tweet, of racist dog whistles, of offhanded comments that throw into doubt long-standing international friendships, of praising authoritarian regimes, of recklessly holding coronavirus superspreader events, and of lying about the president's own COVID-19 diagnosis.

Gone, too, is the pervasive national sense of constant anxiety about whether our political system can weather this next unprecedented weakening of a long-standing constitutional norm.

A year on from the trauma of the ignorant, ahistorical, demeaning blunderbuss that was Donald Trump's presidency it is becoming too easy to undervalue Biden's attempt to return government back to a sort of "normal order." It is something that will surely be a touchstone of his own legacy.

But in legislation and policy matters, Biden has also had a number of major successes. Chief among those was November's signing of the $1.2 trillion infrastructure package, a decades-overdue investment in the nation's bridges and roads, and its internet, water and energy systems. It is no exaggeration to say the impact of that legislation will be felt for generations.

On the pandemic front, Biden blundered recently in not preparing adequately for the inevitable winter surge in transmission of the coronavirus. While his administration could not have specifically predicted the rise of a variant as transmissible as omicron, it should have been prepared for a dramatic rise in the need for testing as people prepared to see family over the holidays.

Yet Biden is to be praised for largely placing the pandemic response back in the hands of qualified medical experts, and for overseeing what is likely the largest vaccination campaign in U.S. history — with some 75% of the population having received at least one dose of a vaccine. 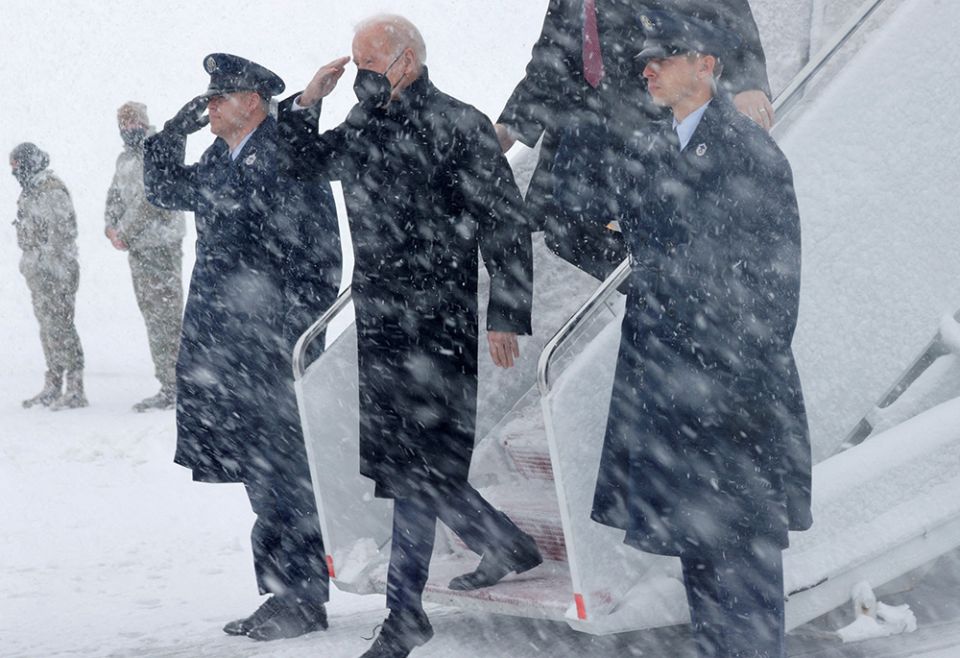 Important, too, was the March $1.9 trillion coronavirus relief package, which sent much needed payments to most Americans, temporarily extended unemployment insurance, and provided billions for rental and utility assistance at a time when many were facing eviction or couldn't pay the bills.

Other successes include getting 40 federal judges confirmed, the most of any first-year president since Ronald Reagan; reforming the student loan forgiveness program for nonprofit and public service employees, providing those graduates with some $11 billion in relief; and rejoining the landmark Paris climate accord.

Yes, Biden has yet to pass his Build Back Better plan, and that is disappointing. He has also failed to substantially help undocumented immigrants living in the country, and to improve the situation at the U.S.-Mexico border. His administration's thus far unsuccessful efforts to end the Remain in Mexico policy have been particularly ham-handed.

But Biden has already had a significant number of legislative successes, even with razor-thin majorities in both houses of Congress. Biden has arguably achieved more with a one-vote majority in the Senate than Barack Obama did with a nine- and, briefly, 10-vote majority in his first term, from 2009-10. The Affordable Care Act was not signed into law until March 2010, three months into Obama's second year.

Listing Biden's accomplishments thus far, one could conclude the president has set the stage well for success in 2022. Of course, the situation is far more complicated. The echoing question is whether it will all be enough.

The midterm elections this fall are likely to be calamitous for Democrats. Most political prognosticators find it nearly impossible that they will retain control of the U.S. House of Representatives, partly due to gerrymandering by Republican-led state legislatures and Republican-enacted voting restrictions in a number of right-leaning states.

The odds on retaining control in the U.S. Senate are better, but barely. Democrats have to defend seats from Arizona, Georgia, Nevada and New Hampshire, all battleground states, and can't afford a single loss, assuming they do not gain ground elsewhere.

As the Republican Party continues its slide into nothing but a pro-Trump propaganda machine, the stakes for the country in the Democrats finding success in the midterms are unusually enormous.

It is frightening to wonder what the 2023 commemoration of the Jan. 6, 2021, attack on the U.S. Capitol might look like should the Republicans who deny Trump's responsibility for that attack have control of both houses of Congress. Perhaps Republican Rep. Liz Cheney and former Vice President Dick Cheney would be the only two of their party to join Democrats again in marking the day, this time from a nearby park, since new House Speaker Kevin McCarthy wouldn’t allow use of the House floor for the service.

Biden's task for 2022 is clear. He has to show the American people that his administration is working for them. His second year must be a slam dunk. It is the only way he and his party can stave off disaster in the midterms.

Passing the Build Back Better legislation, and then selling the country on its benefits, is obviously the first step. Securing voting rights legislation is also important, as are efforts to tamp down inflation to help make sure that working-class families can make ends meet.

The uncomfortable truth is that the midterms may determine whether our democracy will endure beyond the Biden presidency, at least in a recognizable form.

A version of this story appeared in the Jan 21-Feb 3, 2022 print issue under the headline: Biden's second year must be a slam dunk .

Editorial | Editorial: Biden had a successful first year. His second must be a slam dunk.