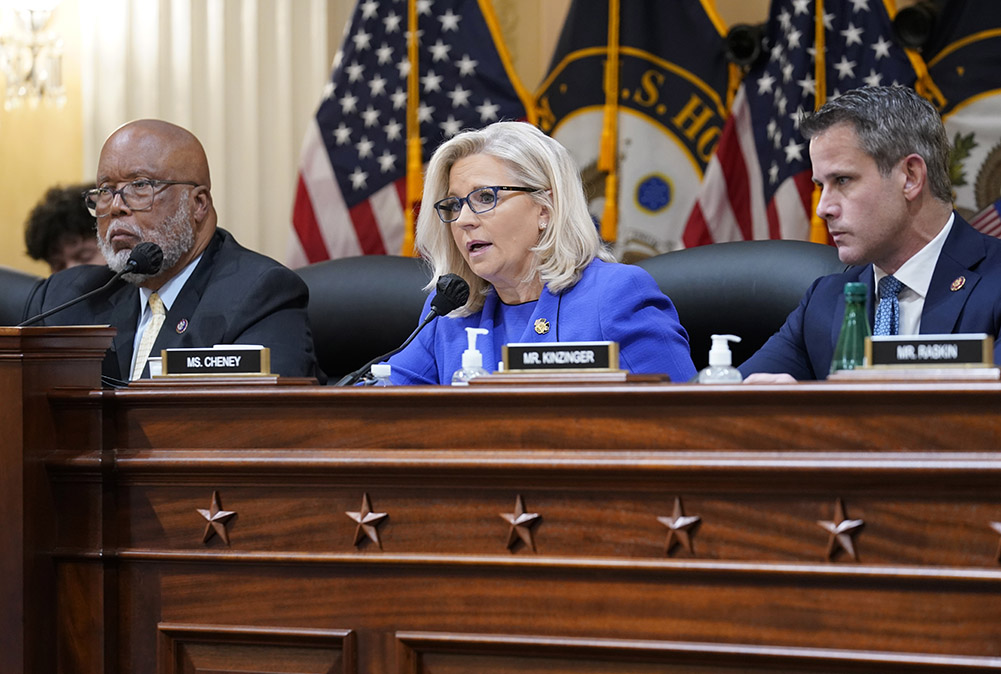 Of all the many new details that have emerged in the public hearing of the U.S. House Select Committee on the January 6 Attack, the most intriguing fact for Catholics was that some members of Congress asked President Donald Trump to pardon them for their participation in his alleged coup attempt before he left office.

The United States has faced threats to democracy before and we shall face them again. Internal threats are always the most pernicious, and when they are perpetrated by those who have sworn an oath to support and defend the Constitution, those threats bear the mark of a betrayal if not treason.

The Nicene Creed is silent on the importance of democratic norms, to be sure. The Catholic Church has grown and flourished under all manner of civil regimes. But when we recite the Creed every Sunday, we say, "... and by the Holy Spirit was incarnate of the Virgin Mary, and became man." Those words are so significant, we bow when we recite them.

As the church's doctrine of the Incarnation has developed through the centuries, we have come to understand that our human nature is accorded a special dignity because of this dogma, a dignity that we believe a just society should honor. In our own time, the church has come to understand that participation in society, including in government, is one of the best ways to enhance and protect that dignity. We call participatory government — government of the people, by the people and for the people — democracy.

Democracy is not foolproof. Democracies make mistakes just like monarchies. Democracy was famously called the worst form of government except for every other form. Its singular value is that it is the only form of government that contains at its heart a method of self-correction. That method is called an election.

In trying to overturn the results of an election by nefarious means, Trump and his cronies betrayed not this pledge or that, but the significance of political pledges themselves. Trump's policies often struck the editors of this newspaper as immoral and we were not shy about saying so, but those policies were his to enact because he was legitimately elected president.

His unwillingness to accept his subsequent defeat, his narcissistic inability to recognize any interest but his own, these set him apart from your run-of-the-mill politician with whom we disagree.

Cheney's speech detailing the attempted coup, of which the attack on the Capitol on Jan. 6, 2021, was the culmination, was as fine a defense of democracy as we have witnessed. She and Congressman Adam Kinzinger, the other Republican who agreed to serve on the committee, earned a place among the heroes of American democracy.

Now it is time for the rest of us to step up to the plate and defend democracy. We are not called to storm the beaches of Normandy or Iwo Jima. Instead, we are called to find out who serves as election officials in our towns, counties and states, and to determine if they are trustworthy. We are called to challenge those who aren't, even if it means running for office ourselves.

We need to sign up to be poll watchers. We need to press for legislation that minimizes the likelihood that some bad actors could succeed in overturning an election.

When Richard Nixon tried to subvert the Constitution during Watergate, most Republicans were appalled. Today, few Republicans are willing to denounce Trump's actions, as Cheney and Kinzinger have done. Our democracy remains in peril. The hearings can warn us, but we, all of us, must heed the warning.

A version of this story appeared in the June 24-July 7, 2022 print issue under the headline: We must heed warnings of Jan. 6 committee.