Editorial: Learn to speak out in order to protect others 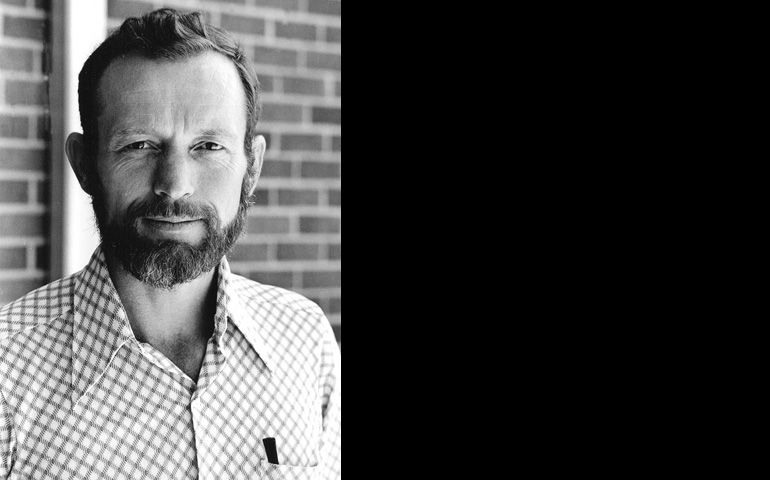 From the NCR archives: Fr. Stanley Rother will be beatified Sept. 23 in Oklahoma City. NCR will have coverage both from the Mass in Oklahoma, and from Guatemala where Rother served.

The singular honor recently announced by the Vatican is certainly fitting in this case, acknowledgment of a pastor of a parish under siege in a remote corner of the globe who refused to take what would have been a reasonable and understandable route to safety. He refused because "the shepherd cannot run at the first sign of danger." He wrote that phrase in a 1980 Christmas letter to the people of his home archdiocese of Oklahoma City, explaining why he stayed to minister to the people of Santiago Atitlán, Guatemala, a mission of the archdiocese.

If the acknowledgment ends, however, at that stark phrase — Fr. Stanley Rother, martyr — with the rest of the disturbing reality leading to his death allowed to fade into an out-of-focus background, then an injustice will have been done the martyr. For that reality is as inextricably connected with Rother's story as the individual pieces of stained glass are leaded into the whole. And that story's truth forces us, U.S. Catholics, to confront the complicity of our culture — and by extension, of each of us — in his martyrdom.

Rother, by all accounts an average parish priest from a large family in Okarche, Okla., was ordained in 1963 and served as an assistant pastor in four parishes before taking a trip in 1968 to the mission in Santiago Atitlán. In that visit, his life was changed. The child of farmers took up farming with the Tz'utujil, related to Guatemala's K'iche' Maya indigenous people. He learned their language and even translated the New Testament into the Tz'utujil dialect.

He eventually became pastor to a flock that was increasingly caught in the squeeze of racist and political violence that would turn Guatemala into a horror tale of torture and killing.

Too many of the brief accounts of Rother's life use expressions such as "the violence in Guatemala reached into rural, indigenous areas." That is true, but it did not evolve out of nothing. What took place was not a state of war that Guatemalans simply chose at one point to engage.

The devolution of modern Guatemalan society into armed camps — those in revolt against dictatorship versus government forces, with shadowy and deadly paramilitary forces thrown in for good measure — began in earnest in 1954 with the CIA-inspired overthrow of the legitimately and democratically elected Jacobo Árbenz. A civil war that claimed more than 200,000 lives began in 1960 and ended with the signing of peace accords in 1996.

The story is complex and involves a great deal more detail — and some of it still in discovery — than can be approached in this space. The broad outline, however, has been amply and repeatedly documented, and there is no way to spin U.S. involvement in it to any good turn. It was so bad, in fact, that President Bill Clinton, in a visit to Guatemala in 1999, actually expressed a sort-of apology.

"It is important that I state clearly that support for military forces and intelligence units which engaged in violence and widespread repression was wrong, and the United States must not repeat that mistake,'' Clinton said.

His statement came on the heels of reports generated by a United Nations investigation and a Guatemalan truth commission that established that the United States had not only propped up a series of brutal military dictators but also had trained many of the military leaders involved in ordering and overseeing horrendous human rights violations. The abuses included widespread torture, mass murders and what the U.N. classified as genocide of indigenous populations.

One of the bloodiest actors, Efraín Ríos Montt, an army officer trained in the United States who led a military coup in 1982, was hailed by President Ronald Reagan and his administration and by leaders of the religious right in the United States as a great leader and a man of God. Ríos Montt ordered and oversaw unspeakable atrocities in the Guatemalan countryside.

By that time, U.S. support was justified as a stand against communism. It was a nebulous claim rooted in the American government's interference in Guatemala during the 1950s in support of U.S. corporate ambitions and its continuing support of dictators and oligarchies who brutalized the poor in order to advance their narrow interests.

The history is relevant today because we almost assuredly, decades from now, will be celebrating the Christian martyrs of the Islamic State's madness. It will be just as discomfiting then as now to understand that the current bloody insanity had its roots in other acts of Western greed, which included U.S. lust for the Middle East's oil reserves. That history, also far too complex to detail here, has easily discerned outlines that include another CIA coup that in 1953 overthrew Iran's duly elected Prime Minister Mohammad Mosaddegh in favor of the monarchical shah. That event led to the deeply troubled relationships of recent decades. Across the border with Iran, the United States for decades also armed and propped up Iraq's Saddam Hussein, standing by as he threw his people, including youngsters, into a prolonged war with Iran.

Stanley Rother, martyr, would probably be among the first to tell us, if he were able, that the violence that crept into his sector of rural Guatemala was born as much of activities in the halls of military, political and corporate power in the United States as it was in the halls of the national palace in Guatemala City.

He surely understood all of that when, informed he had become a target of death squads, he took a brief trip back to the States to attend the ordination of a cousin and to return to his former seminary, Mount St. Mary's in Maryland, for a week of prayer and contemplation. He told a friend who picked him up at the airport about his dilemma in Guatemala: "If I speak out, they will kill me. If I remain silent, what kind of pastor would I be?"

His bishop suggested he return to Oklahoma. But at the end of his stay at St. Mary's, he told his friend, "I know what I must do."

On July 28, 1981, three men in ski masks attacked Rother in his rectory and shot and killed him.

It is difficult, if not impossible, for most of us to comprehend knowingly walking to our death for the sake of others. Rother did that as witness to the Gospel and with the hope his presence among his people "might be a sign of the love of Christ for our people" and "fortify them to endure these sufferings in preparation for the kingdom."

Certainly we, short of that ultimate sacrifice, can walk instead into the inconvenience of remaining diligent and clear-eyed about the turmoil and human suffering our economic pursuits can cause beyond our shores. We can dare to speak out, even against what might be perceived as our own interests, in order to protect others.

Stanley Rother, martyr, pray for us.

Editorial | Editorial: Learn to speak out in order to protect others