Editorial: We are wary of answers for sale 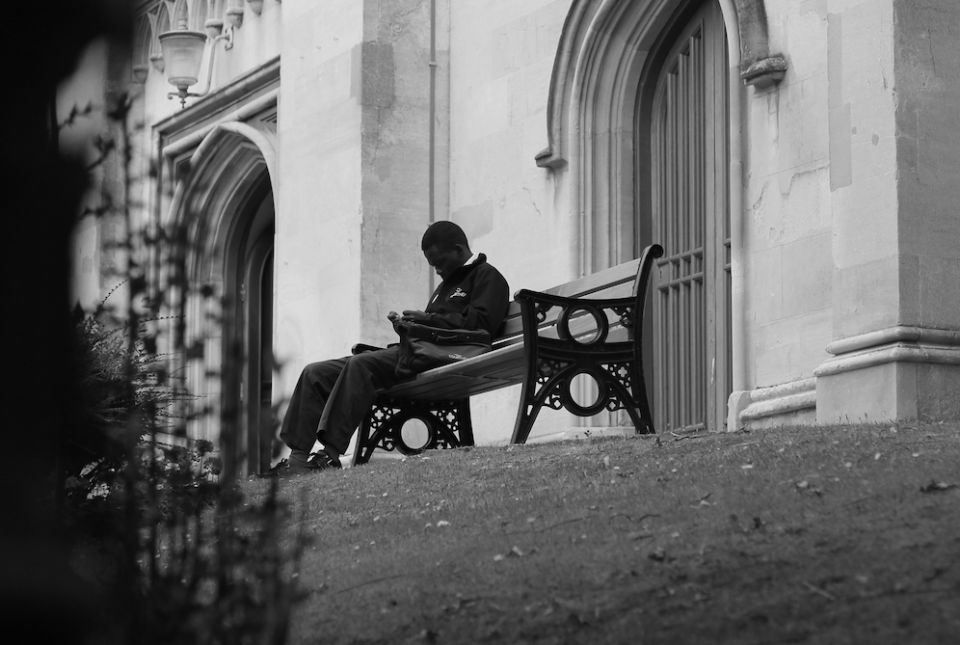 In the opening of one of his sales-pitch videos, Matthew Kelly, entrepreneur and self-styled evangelist, says that he gets asked all the time what the Catholic Church in the United States will look like a decade or two from now.

It's an essential question. Whether his answer is the correct one is quite another matter. But he's got an answer, and it is for sale. The three-part series that posted Jan. 15-17 lays out in detail how one of the most effective marketers — and he is hardly alone — on today's ecclesial landscape is using a mix of motivational talk and business-speak logic all wrapped in smiling evangelistic fervor to offer a path out of what he constructs as a kind of Catholic malaise.

We have spent a great deal of time and effort during the past five years reporting on the effect of money on Catholic image and practice in the United States. It is a peculiarly American capitalist approach to problem solving that has swooped into the leadership vacuum created in an episcopal culture shackled by sex abuse and money scandals.

Our previous reporting documented how wealthy individuals and organizations, through non-profit mechanisms, are able to fund other entities such as think tanks and news outlets that are highly ideological and lie primarily on the conservative to extremely conservative side of the spectrum. With enough funding, they develop the clout to fashion a narrow and deeply flawed Catholic narrative for the wider culture.

Kelly and his Dynamic Parish program is an example — arguably the most prevalent of many — of a new breed of ecclesial entrepreneur, in his case using a sometimes questionable combination of for-profit and non-profit entities, attempting to influence the conversation within the Catholic community. He is not a political or religious ideologue. Quite to the contrary, he is interested in numbers, enthusiasm and financial reward, not fidelity to a party and its issues.

As NCR's National Correspondent Heidi Schlumpf explained in the series: "Dynamic Parish joins myriad other parish revitalization and consulting programs that have sprung up in the past decade, as Catholic congregations face threats from decreased institutional affiliation among younger Americans, negative press from the decadeslong sex abuse scandal and increasing financial pressures."

Into this precarious and unsettled reality comes Kelly full of hope and confidence. In his video, he sets the scene by raising the scary specter of European churches that are empty, containing in his words "more tourists than believers." Where are the young people, the young professionals, the young families, he asks? Where is the next generation of Catholics?

He has answers. His words come against a backdrop of happy music and video showing a group of smiling and engaged white folks around a table bearing uncorked bottles and wine glasses waiting to be filled. There's a quick cut to a happy couple on what appears to be a balcony, dancing and smooching (young Catholics on a romantic vacation?) and then to a shot of people carrying what appear to be full plates of food down a set of stairs. All the while, Kelly is talking about his vision of parishes that are "dynamic" (pay attention, that word is important!), fully engaged, with people wanting to be part of the parish not only on Sunday but every day of the week.

He's all about big dreams and a future of great things for parishes. His Catholic dream includes gauzy photos of a priest walking about holding a monstrance and an attractive young woman poring over her thick floppy bible in a coffee shop. There are children with sparklers and young people sitting on a beach. "In one way or another," he says, his business, Dynamic Catholic Institute, is involved in some 10,000 parishes in the United States. "And we're just getting started!" The offices of Dynamic Catholic are full of enthusiastic young people, he says, who are "laying down their lives" for his mission. Whew.

And then, of course, the pitch. Kelly can't do all of this dreaming and plotting and planning on his own. He needs you to step up and organize an event in your area, to volunteer to teach a confirmation class using his books, to hand out more of his books after Christmas Mass this year — oh, and to pay $10 a month to become an "ambassador" (translate, "pay to help advance my business"). Cue the smiling faces and flame-driven balloons escaping into the night sky that melts to a sunlit horizon. Just imagine the possibilities.

Kelly asks an essential question but leaves out the very difficult questions that the real church actually faces. If the video is indicative of his dream, there's not a black or brown face in his church, no undocumented persons, there are no unhappy people, only those "less fortunate," who will, in the new church, be helped in "sustainable ways." It is a "can do" campaign ad, a corporate pep talk, a gospel of smooth paths.

The value of the content of his multiple books is a matter of debate among Catholics, and it should be. In the end, what is being produced is part of a business model that, say some who have been involved, pushes the boundaries of ethics and legality.

The information we were able to gather from tax forms, former company officials and other materials raises serious questions about the propriety of the relationship between his non-profit and profit-making companies, as well as the extent to which the Catholic Church in the United States has become an easily exploitable market. What is clear is that Kelly heads three for-profit companies that benefit from the non-profit, Dynamic Catholic. While any salary he might take from Dynamic Catholic is negligible, the non-profit, over the period 2011 to 2017, the latest years tax documents were available for, provided three of Kelly's for-profit companies with $48 million — $6.8 million a year — in book sales, consulting fees and rent.

And much of that money, beyond book sales, came from gifts and grants and from those $10-per-month "ambassadors," of which Dynamic Catholic says there are tens of thousands.

Perhaps it is an irony that only the Catholic Church in America could produce: That some of the greatest beneficiaries of lay engagement in the post-Vatican II era are the entrepreneurs who understand the advantages of being an individual seller to a captive audience in a top-down organization where the hierarchy is, for all practical purposes, dysfunctional.

Maybe the offerings are splendid. Maybe some people are persuaded to return to the fold or investigate the faith because of them. It is essential, however, that the rest of the community, the people who are the church, remain informed of what's happening around us — of what we're being sold and who's selling it.

The bottom line? This is no longer the church of your grandparents or even of your parents, where the extra ask might be for a few bucks to help the missionary who's in the pulpit this week or for a new wing to the parish school.

We have become, instead, a passive market for the latest program promising revival and new purpose. It is our obligation to understand that many, if not most, of these offerings share a basis not in Christian Scripture but in American business principles. And we all know that the ultimate purpose of business is happy customers. Beware contentment. Jesus did not commission a sales force.

A version of this story appeared in the Feb. 7-20, 2020 print issue under the headline: We are wary of answers for sale .

Editorial | Editorial: We are wary of answers for sale